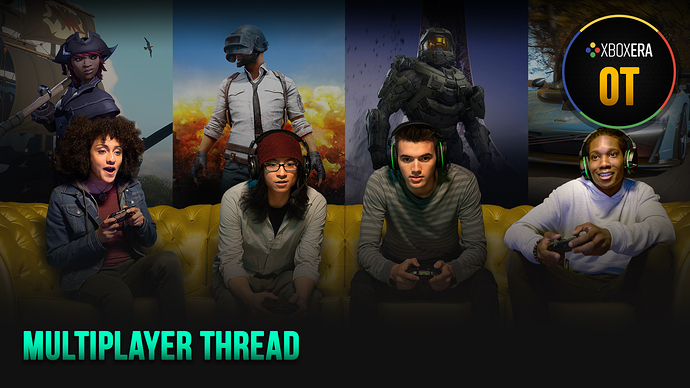 As requested by the community, this is going to be the official thread where members can go if they are looking for others to play games.

Many current and future Xbox games will have heavy multiplayer implementations and this thread will help players find others to play those games with.

Simply post below what game you want to play with others and hopefully others will be available to play. 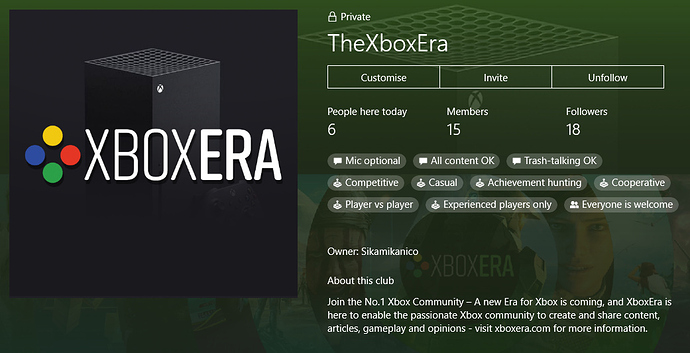 Search for this on your Xbox and join accordingly.

This is a WIP. When a game like Halo Infinite comes out later in the year we will have to figure out a structured way of getting group play sessions together.

Maybe we should collate Gamertags? Many have them on their profiles but maybe a list would be good.

Maybe we should collate Gamertags? Many have them on their profiles but maybe a list would be good.

I have a PSN, but I hardly play anything on it.

Anyone that still has an Xbox 360 WITH Forza Motorsport 2 get at me! Im trying to get the achievement for earning 1 million in online races. Lets help each other out…

Play too much Halo 5. Also CoD arena modes. Will join into almost any stupid thing on Game Pass. If anyone wants to try out something new there, let me know.

Mainly playing more story focused games right now before the consoles hit, but I play WAY too much Warzone.

I need to get some online buddies. Don’t have anything in specific to be playing though I might check out Destiny 2 when it hits games pass.

The only game I play every single day is FIFA, but I play a little of everything, specially while achievement hunting. Lately I’ve been playing a lot of Gears 5 and I plan to waste a lot of time on Avengers when it launches.

I don’t know if this has been suggested but an Xbox Club could be another way to find people to play with!

PSN: DeoGame99 (staked out for next gen, lost my PS3 credentials but can’t log in on it)

I am not awful at: Forza Horizon 4, Bleeding Edge, Gears 5 on a good day.

I don’t know if this has been suggested but an Xbox Club could be another way to find people to play with!