Power On: The Story of Xbox (six-part documentary)

Power On: The Story of Xbox

As promised during the Xbox 20th Anniversary Celebration, Power On: The Story of Xbox is a six-part documentary detailing the history of the Xbox, and how it changed the video gaming world. Featuring interviews with the creators, the movers, the shakers, and the gamers, it promises to lift the curtains to reveal the story behind the high points and low lights behind the Xbox. 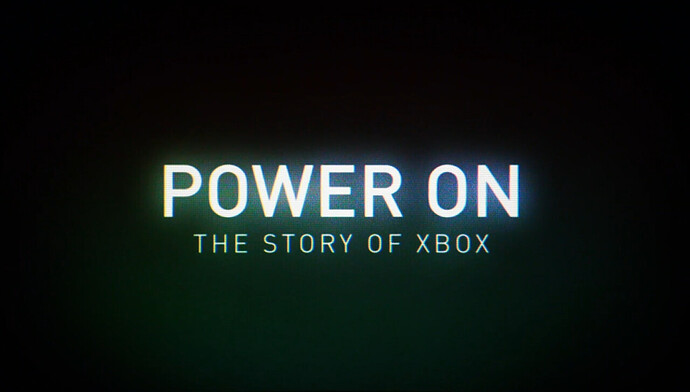 Xbox almost didn’t happen. Find out why in this behind-the-scenes, six-part series that takes you back to the scrappy beginnings of Microsoft’s video game console. It’s the untold story of the people behind the box, glitches and all. A small team of upstarts sets out to convince Microsoft that it’s time to enter the console business. The battle to own the living room is on–but not without significant cost and risk.

Chapter 3: And It Didn’t Turn On Public doubt intensifies as issues threaten to spoil the 2001 launch for Xbox.

A console is only as good as its games… and Xbox needs a gamechanger to survive. Enter Halo.

Chapter 5: The Red Ring of Death The demand for Xbox 360 is at fever pitch, but a critical malfunction threatens its success. Xbox loses its way. Can a former intern get the team back on track?

This is a really well made doco, just finished the first episode, it’s amazing.

I used to work under Otto (not directly, but with a manger in-between; not a gaming company) and I heard some of the stories from himself (he was really passionate about xbox, even circa 20 years after it). Only heard Chapter 1, but nice to see that they haven’t filtered out some aspects of it.

2 and a bit chapters in, this is an amazing watch.

I saw the first one and it’s very well made, great documentary.

I was always under the impression that Microsoft entered the gaming console space just to “bother Sony” and get a piece of that cake. What seems to have been the case is that it was out of fear of Sony’s PS2 threat to PC. There was legitimate fear that Sony will take over the living room space and PC.

I was always under the impression that Microsoft entered the gaming console space just to bother “Sony” and get a piece of that cake. What seems to have been the case is that it was out of fear of Sony’s PS2 threat to PC. There was legitimate fear that Sony will take over the living room space and PC.

You can say, fate has always brought them as rivals.

Totally forgot about this. Thanks for the reminder.

I’ve only watched the first three parts so far, but this series is great and well worth a watch. I’ve already written my initial impressions elsewhere, but I’ll copy/paste them here:

I loved the first three episodes of this doc. They were about 40 minutes in length each, and took us from the beginning with the DirectX team to the day of launch of the original Xbox. They seem to have gotten the majority of the who’s-who to speak on camera (save for Gates and Ballmer) and even this guy has a few lines.

One of the more ingenious and entertaining parts is using videogame footage as b-roll. Like most docs, they do use archival footage where they can, and stills, and even some animated reconstructions, but the inventive use of gameplay footage really stood out as something special.

Sometimes it’s just footage that fits what they’re talking about (like Robbie Bach discussing the E3 presentation and using words like “crash and burn” and them using footage of a videogame plane crashing and burning) but sometimes they’re going the extra mile, like illustrating the Windows CE / DirectX face-off with Mortal Kombat characters adorned with those respective logos.

It sounds kinda hokey when I describe it like that, but it really worked for me. Obviously it’s the factual content that’s the main star of the show, and I really like how candid and forthcoming everyone seemed, and it was all put together in an entertaining package. The two hours just flew by, so I heartily recommend it to anyone interested in the topic.

Can’t wait to check out parts 4-6, which will take us to present day.

Holy shit, these are long

Just watched the first episode. Really well made, lots of historic context about how the project came to be. The Mortal Kombat scenes are awesome and funny. Would have been cool if Bill or Steve could have been interviewed.

At first i thought the narrator is an AI. Why does Laura Bailey sound like a robot here?

I guess one of the big mistakes MS has made is not preserving the idea of just going with the codename every time, like they did with the box itself.

Bill and Steve are absolutely insane

Bill and Steve are absolutely insane

Absolutely insane that the og xbox got made and just how important xbox is to the history of gaming.

I’m at part 3 and I have to say : it’s really well done. And wow, those behind the scenes are crazier than I thought.

I kept thinking that launching the Xbox today would not be possible or would be very very different and that’s why it has been a success in the first place. They were bold and just took the market by storm. What a bunch of nerds accomplished back then is still unbelievable.

And that they convinced Gates and Ballmer to make this thing…Wow !

Just got one episode left which is probably gonna be the most interesting one seeing the empire of rome collapse.