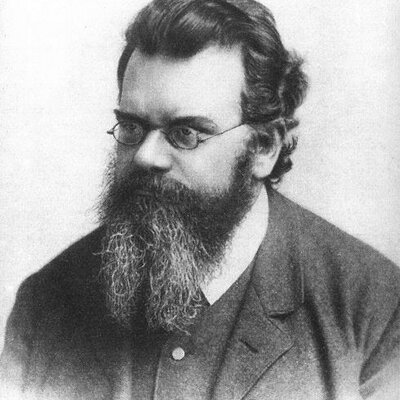 @SeamusBlackley
Sam from RS came and pitched. He was really excited about one game - a sure hit - and much less so about another, which he left to the end. That last five minutes was GTA3. The exciting game he was pushing? Austin Powers. True story. twitter.com/screenrant/sta…

According to a new documentary about the history of Xbox, Grand Theft Auto 3 was pitched as an Xbox exclusive, but Microsoft rejected it. https://t.co/fYW1mGWzEO https://t.co/MCh2yKjAik

Imagiiine GTA 3 as an exclusive. This would undisputedly have been the best launch line up ever and probably changed the course of Xbox and Playstation significantly. Man what a huge miss.

after about a month i cracked them all open again and put in cross over cables, we could swap games out in the kiosks so could get some head to head action going on all the kiosks…

Pretty slick. No chance of watching each other’s screens that way.

Do you know what happened to the kiosks afterwards? Disassembled or sent out to game stores or what?

Imagiiine GTA 3 as an exclusive. This would undisputedly have been the best launch line up ever and probably changed the course of Xbox and Playstation significantly.

Possibly. Another version of the timeline is similar to our current one. Meaning, the original Xbox gets the GTA exclusive and becomes a big hit, without having to wait for the 360 to come around for true success. But then the Xbox One comes along with the TV-TV-TV mantra and a $499 price tag, squandering all that goodwill, and thereby sending droves of players to the Playstation 4.

Hard to say if that extra generation’s worth of brand loyalty would’ve prevented the Playstation migration. If probably would’ve lessened it, making last gen a little more even in sales, but I suspect we could very well have ended up more or less where we are now, even with a GTA exclusive. That pivot to all-in entertainment device was an enormous misstep.

I’m amused by the mere existence of this article, but it fits right in with the topic of this thread: 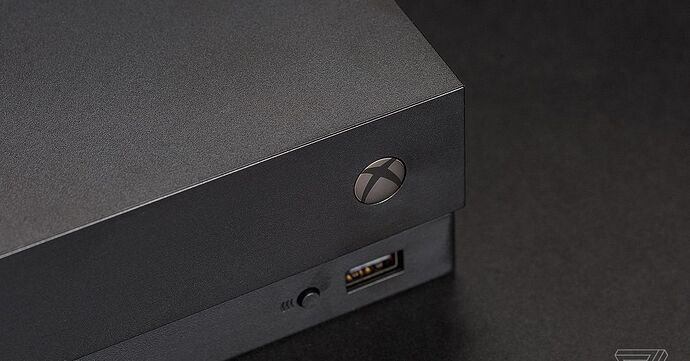 The Xbox’s plugs and ports, a visual history

From Kinect and two HDMI ports to proprietary memory cards.

For the second day in a row my Google newsfeed is serving me an Xbox history article from the Verge. Makes me wonder if they’ve got a series going… 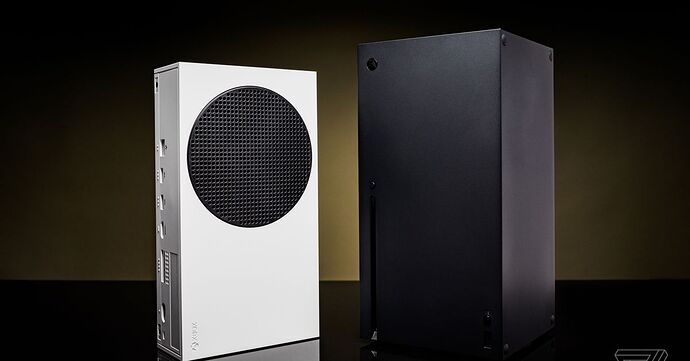 20 years of Xbox: a visual history

Its consoles have looked like everything from VCRs to fridges.

Maybe I’ll be back with more tomorrow.

Nice! I’ve got a bunch of issues as PDFs, but it’s just not the same thing as reading the real thing. Good stuff.

Was issue #2 among them? It’s my understanding that it’s somewhat rare. The usual suspects (archive.org, retromags.com) don’t have it, and on eBay it’s going for more than most other issues.

edit: Woh! Just checked eBay, and there’s a sealed copy of issue #2 up for $125 right now. No bids, so hard to say how realistic that is, but it does speak to its rarity.

Just wanted to pop in and recommend a Bloomberg article from back in January:

It’s an excellent piece. Although, for anyone who’s watched Power On, there’s a fair bit of repetition, especially early in the article, but there’s enough new stuff that I don’t hesitate to recommend it.

Timeline wise, it’s basically a text version of the first three episodes of the doc. Content wise, there’s several differences. One of which is the inclusion of J Allard and Steve Ballmer, who apparently agreed to be interviewed for this article, but not the documentary. So you actually get to hear a bit from them about the Valentine’s Massacre, which I found interesting. Especially Ballmer’s side of it.

Another interesting difference is you hear a bit more about Microsoft’s early thoughts on acquisitions, like their interest in buying Square and Midway, and also get quotes from developers, like Todd Howard of Bethesda and Itagaki of Tecmo. And there’s a big section about the Bungie acquisition, with quotes from Alex Seropian and others. All good stuff.

Anyway, even if you’re familiar with the story I find it worthwhile. 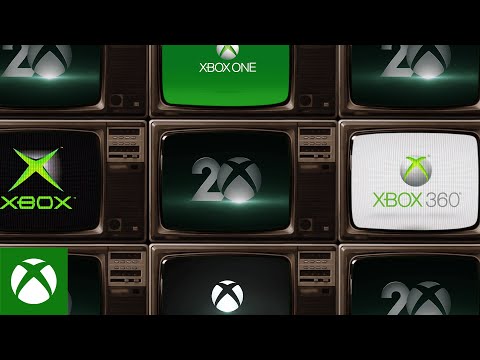 The first TV I bought when I moved out was something like a 32 inch Tube TV in ‘99 that was a two-man project to carry it into the house. It was the biggest tube TV I could buy, it couldn’t afford the projection TVs that ran into the thousands of dollars.

shoes, the pic is not mine, but i have a pair from launch day, still in the bag, officially i think it was supposed to be part of our daily wear but i set mine aside. 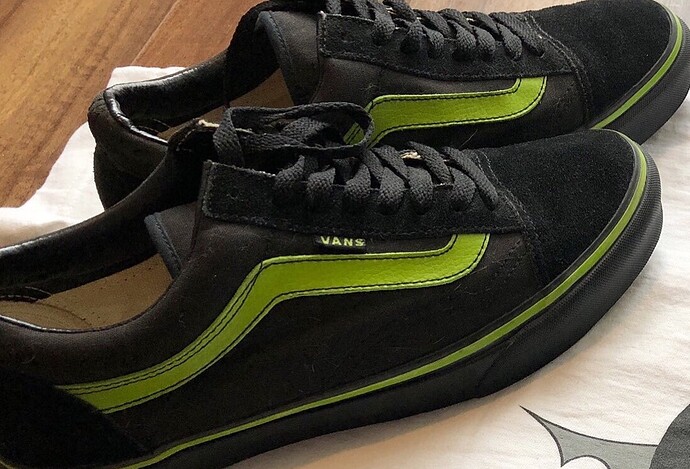 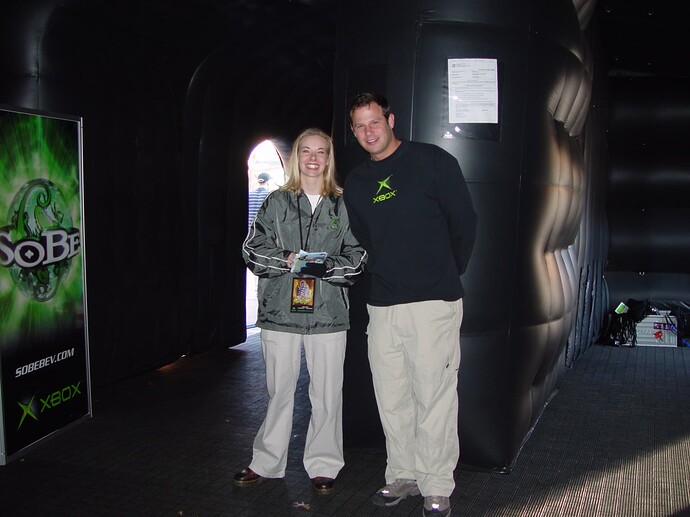 This is basically a commercial…

Here’s another commercial, this one a joint effort between Walmart and Xbox and dates from the Series X|S launch. I include it here for the same reason I posted the above one, it leans heavily into the history of the brand: Some pretty nice photos of the original Xbox in this piece, and an almost philosophical analysis of the eject button on the original Xbox, and what it symbolises. As well as what its size indicates about its importance on each Xbox from the original to present day. 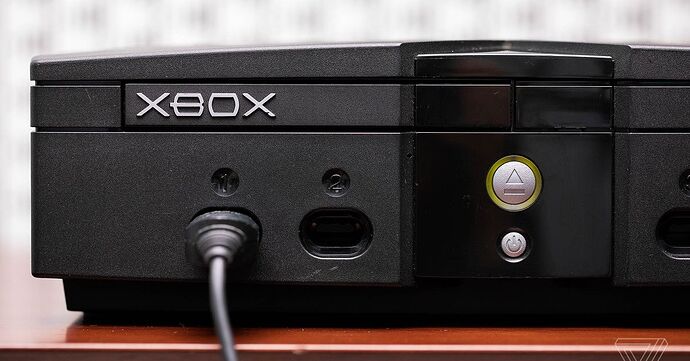 The eject button held all the power on the original Xbox

The history of the Xbox is told in a single button. 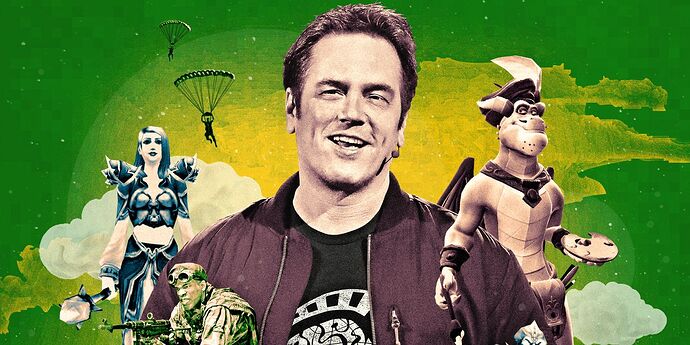 The $75 billion bid to buy Activision Blizzard is the culmination of years of building by Phil Spencer, the company’s gaming chief.

I already posted this link over in Phil Spencer’s lifetime achievement award thread, but I felt it also fits in here, considering how much of Xbox’s history that profile covers, and what an outsized impact Spencer has had on the brand.

This is kind of fun. I wish the guy was a little more enthusiastic and also that he’d shot some more actual unboxing, but it’s still a neat little time capsule: 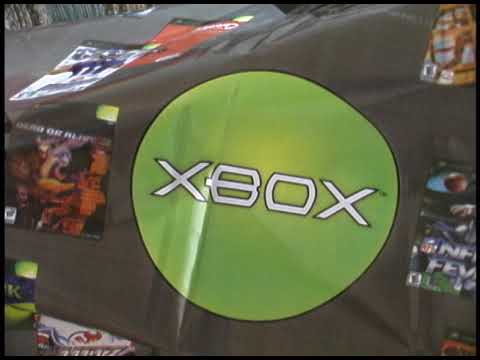 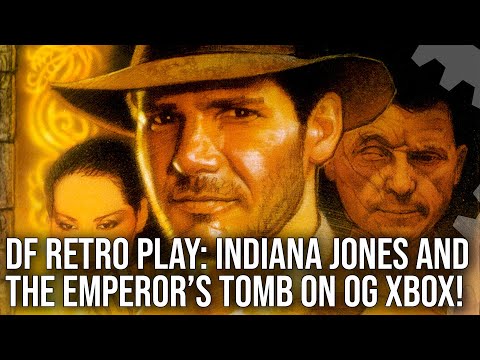 John and Audi revisit Indiana Jones and the Emperor’s Tomb, and discuss a little bit in general about the original Xbox and the hidden gems on that console.

Just a little tidbit of history but from a developer point of view, they had a different name for game patches on every generation of Xbox for some reason.

on the original Xbox, patches were an “AU”, Automatic Update.

On Xbox One and Series, they’re a “CU”, or Content Update.

It’s entirely officepolitic, but there you go.

As I’m sure most here are aware, Ed Fries was a guest on the latest episode of the Xboxera podcast, and while the whole episode is worthwhile, the most interesting bit for the purposes of this thread is the section where Fries speaks at length about the launch of the original Xbox and the 20th anniversary.

Here’s a direct link to the beginning of that part: 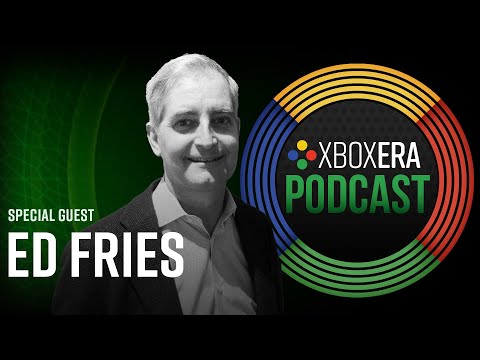 He mentions that leading up to the anniversary he posted a bunch of photos related to Xbox history, and I encourage you to check those out too. I especially like the Xbox keyring and the Blinx clock:

For deeper dives into the history of Xbox, there are some books available… 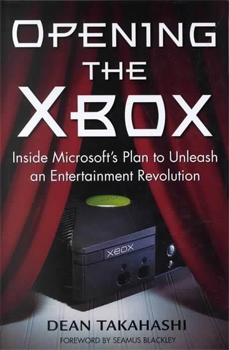 Anyone who’s read Opening the Xbox might remember how part of Seamus Blackley’s job was to woo developers, and the various demos that he would use to show off what the Xbox could do.

Well, these are those demos: 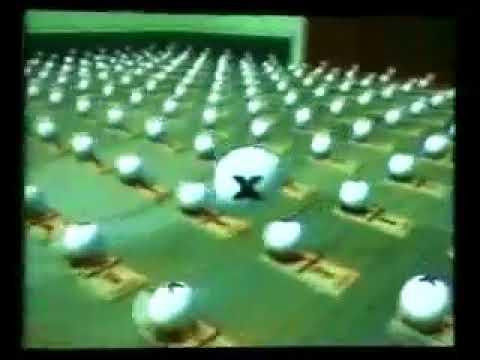 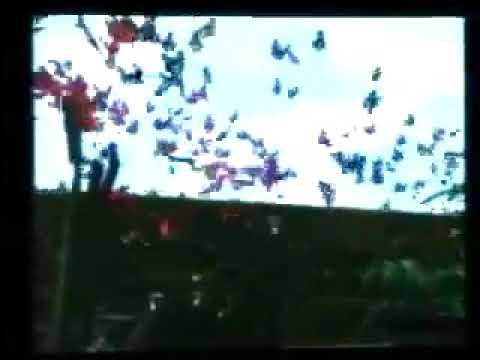 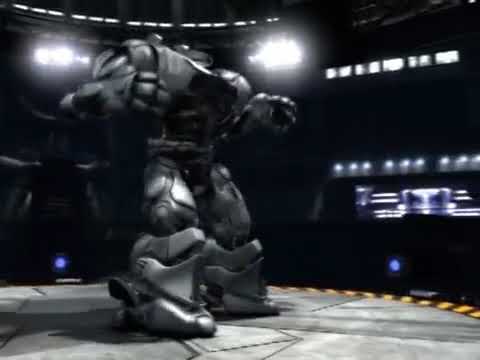 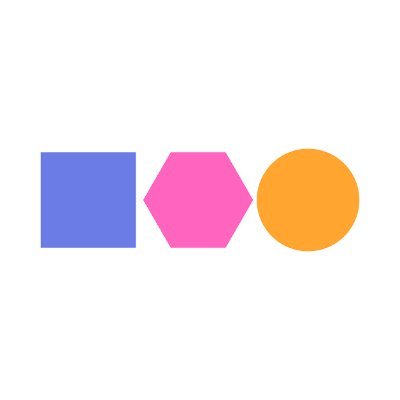 @GameHistoryOrg
Great piece on the making of Fable, "one of Xbox's most important early exclusives": timeextension.com/features/the-m… 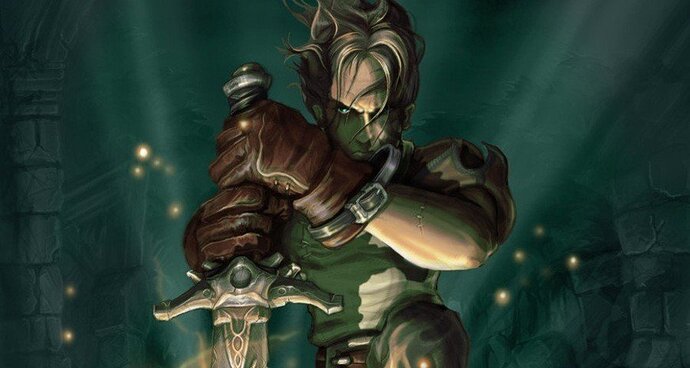 Something that popped in my timeline that I thought would be cool to share.

Between the paragraphs below, I attached images from a game called Wishworld. A small studio named Big Blue Box that was created as Bullfrog began to collapse after Peter Molyneux left, developed the concept for this game. But it wasn’t until later when they would merge with Lionhead that the game would go from being Wishworld to Project Ego. From there Project Ego would eventually be renamed to Fable.

Related directly to Xbox though. Dene and Simon Carter are siblings, and were also the founders of Big Blue Box Studios. Damian Buzugbe is a concept artist that worked on Fable 1 and 2. What they say about the original Xbox console and Duke controller after seeing it for the first time is pretty great!

While Fable didn’t begin life as an Xbox exclusive – it was in development for the Sega Dreamcast at one point – it would be Microsoft’s involvement that elevated the project to a whole new level of importance. “When I joined in 2000, Microsoft were already on board, which was excellent as they were developing this brand new, crazy-looking console,” recalls Fable artist Damian Buzugbe. “What better fit than this brand new crazy-looking game. It seemed perfect to me.” 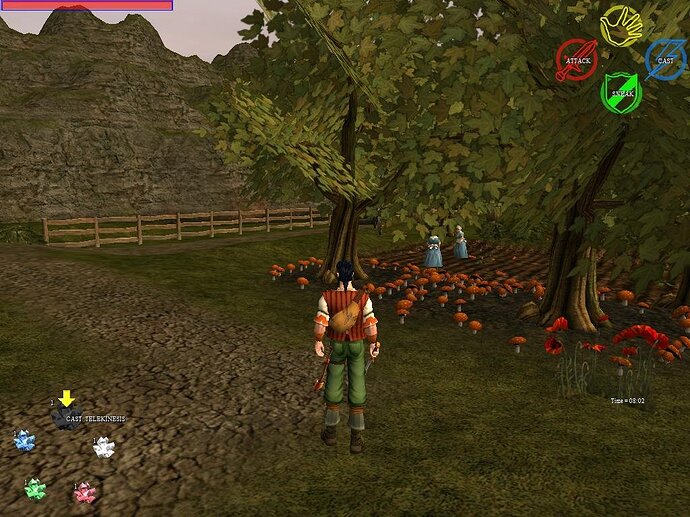 The sheer size of Microsoft’s new console was a surprise when the team first laid eyes on it, however. “The Xbox design wasn’t exactly restrained,” chuckles Simon. “If the PS2 was an elegant Japanese bento box, the Xbox was a flame-grilled double-whopper with extra cheese.” Buzugbe is in agreement. “You couldn’t get a bigger, louder and brasher-looking console than that. That thing had room for a family of four to easily sit around it and still have room to invite granny round.” The massive ‘Duke’ controller was also a point of contention. “At that point, we had the controllers that were the size of a large roast dinner, and about as easy to handle,” says Dene. “Out of sheer frustration, we stole a couple of the smaller Japanese ‘Controller S’ joypads during one E3 show. A year later we ran into some bugs on the controller driver and, rather helpfully, reported this to Microsoft. They said: ‘Uh… you’re using controller 3.5.275b. You shouldn’t have those! Where did you get…’ – at which point we put down the phone and tried to pretend the whole incident had never happened.”