Xbox’s 20th Anniversary museum is open. What are your most played games ? (list is available in the musem) 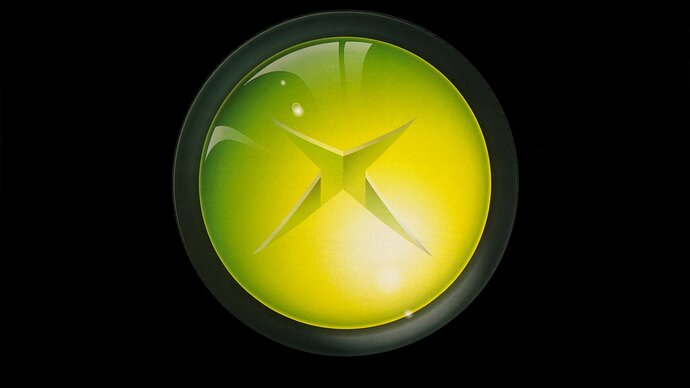 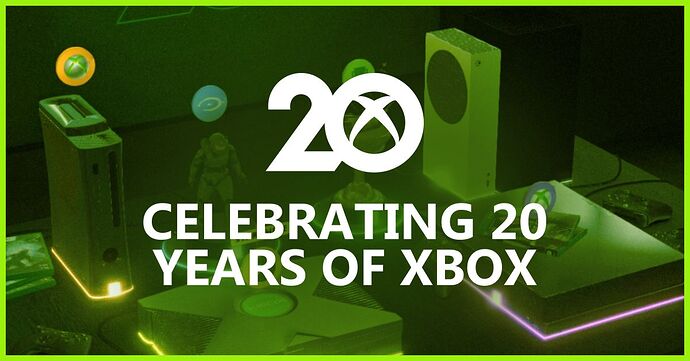 Welcome to 20 Years of Xbox

That’s very cool. You can see your most played games if you login (and other things like 132 moments in Xbox history). 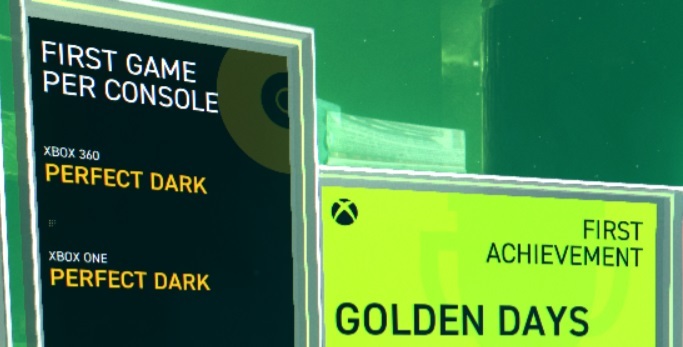 Played 1128 games. On other platforms that would be too much to store all savegames

Looks like Satya isn’t lying (shocker!) when he said that he wants metaverse to be in xbox in some forms. The museum thingy looks similar with the PS Home live service back in PS3 era.

My most played game is Overwatch.

On a side note, why does this browser game have ray tracing though 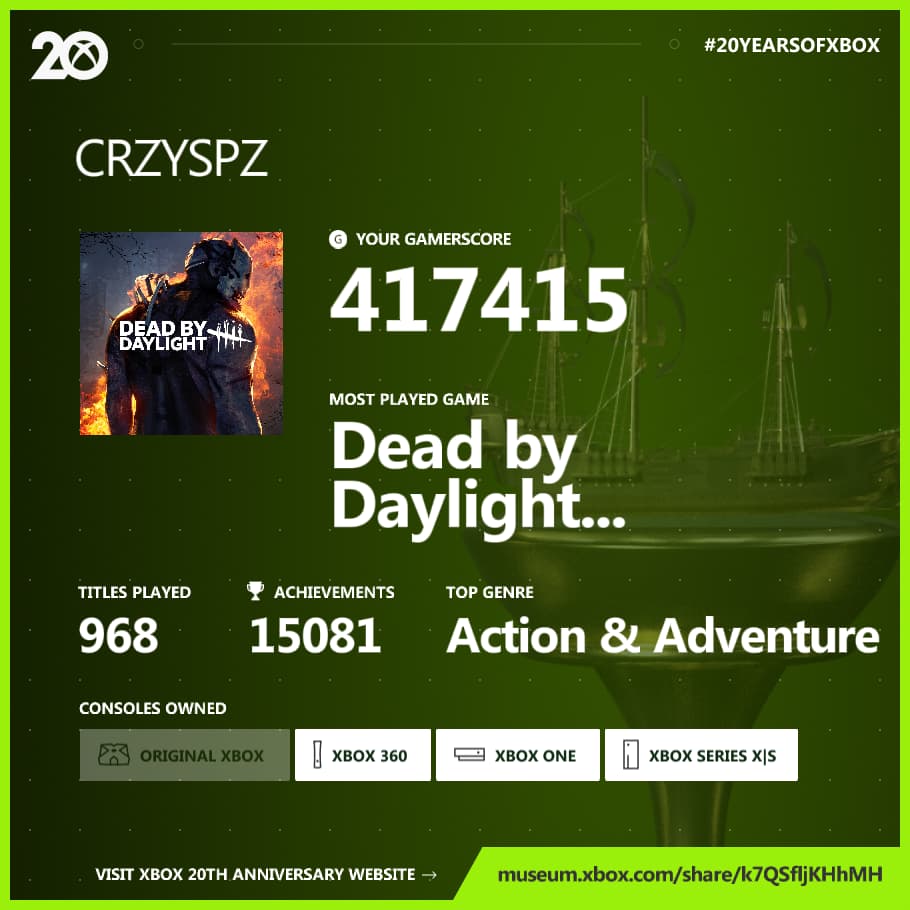 It said that my first Xbox one console was in 2017, but I own the Xbox One Kinect D1 console. Little bit buggy I guess. 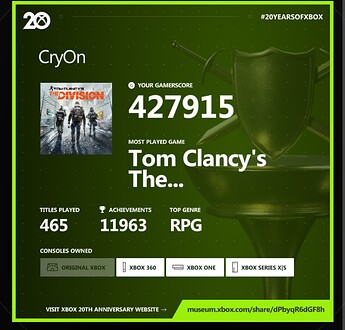 Some of the stats seemed a bit off, but it had my top five as being:

Which seems pretty accurate, Though Im not sure of the order I spent a LOT of time in the Capitol Wasteland.

…It said that my first Xbox one console was in 2017, but I own the Xbox One Kinect D1 console. Little bit buggy I guess.

Yeah, some stuff seems a bit off. Says for me first Xbox One in 2018, but i have mine since 2015 and achievements with timestamps.

My first game on 360 was Conflict Denied Ops? Mhmmm, i don’t own this game. Maybe the demo? Could be. On my first day with the 360 in early 2008 I only played (all) demos from the store. That was awesome.

…It said that my first Xbox one console was in 2017, but I own the Xbox One Kinect D1 console. Little bit buggy I guess.

Yeah it seems to count the Xbox One as starting from when I bought the One X in 2017. Which is is kinda poetic if you think about it haha.

My first Xbox was actually the OG Xbox in Summer 2005 for my birthday, but I never had Live so obviously they couldn’t track that.

My first couple of games for it were Halo, JSRF/SegaGT2002, Sonic Heroes, and Army Men Sarges War (lol).

The first game I actually played on 360 was Marvel Ultimate Alliance (which is where the Fledgling Super Hero achievement is from) but I guess Splinter Cell was the first game I played connected to Live. I guess Halo 3 is my most played Xbox game of all time (which makes sense. I had like 5000+ Custom Games matches on it).

Xbox One date is completely wrong. I got it for Christmas 2013. I never got a new Xbone console after that either.

I thought Kiwami 2 was my first game I played on Series, but I guess it was Kiwami 1. I didn’t really pick up any new games with my Series when I got it, so I just continued playing my current backlog on it.

I feel like I put way more hours into Gears 4 but apparently Gears 3 is my most played xbox game ever. 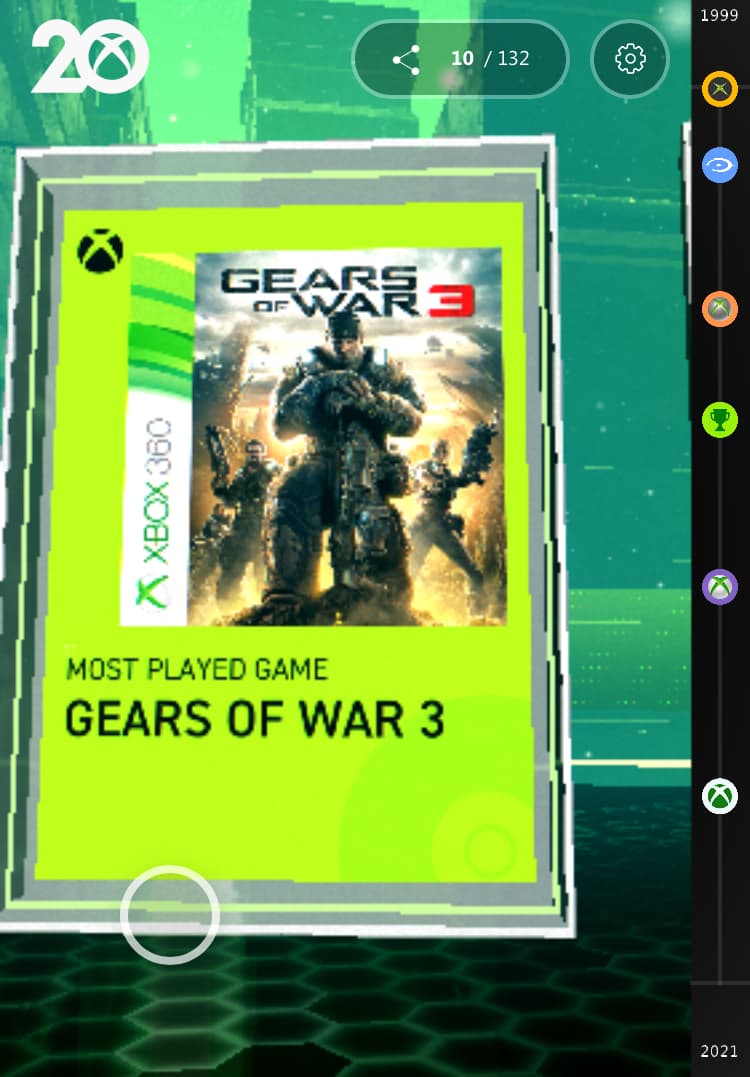 And my most played top 5 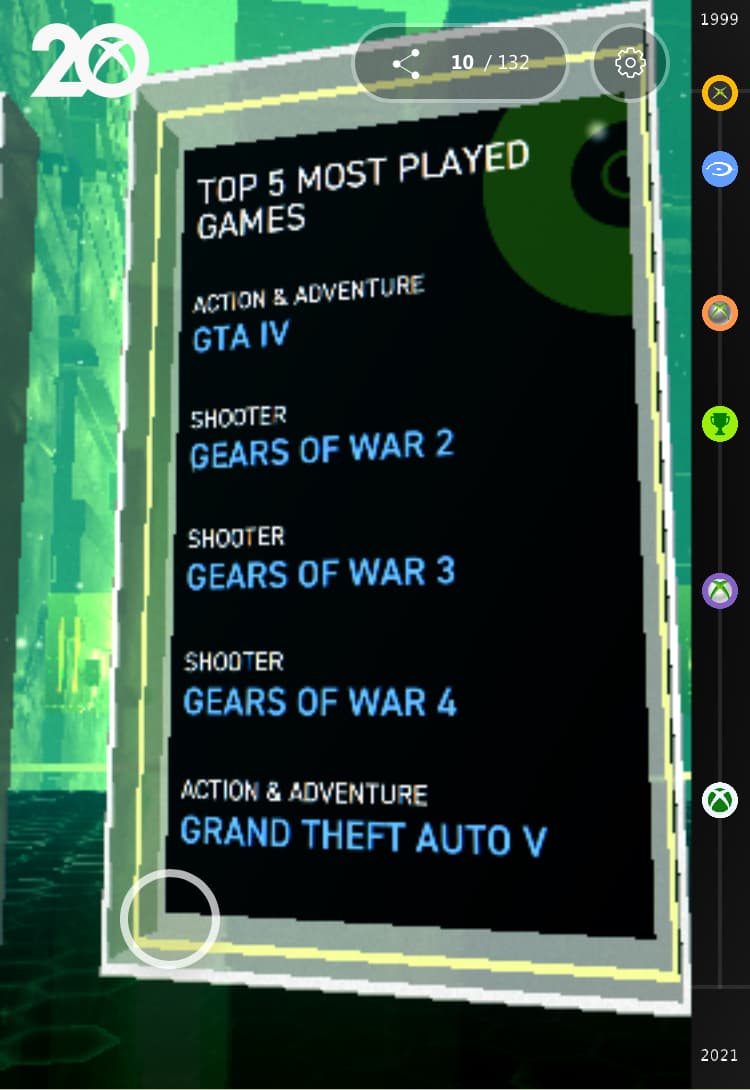 Dragon Quest Builders 2 was my most played of 2021. 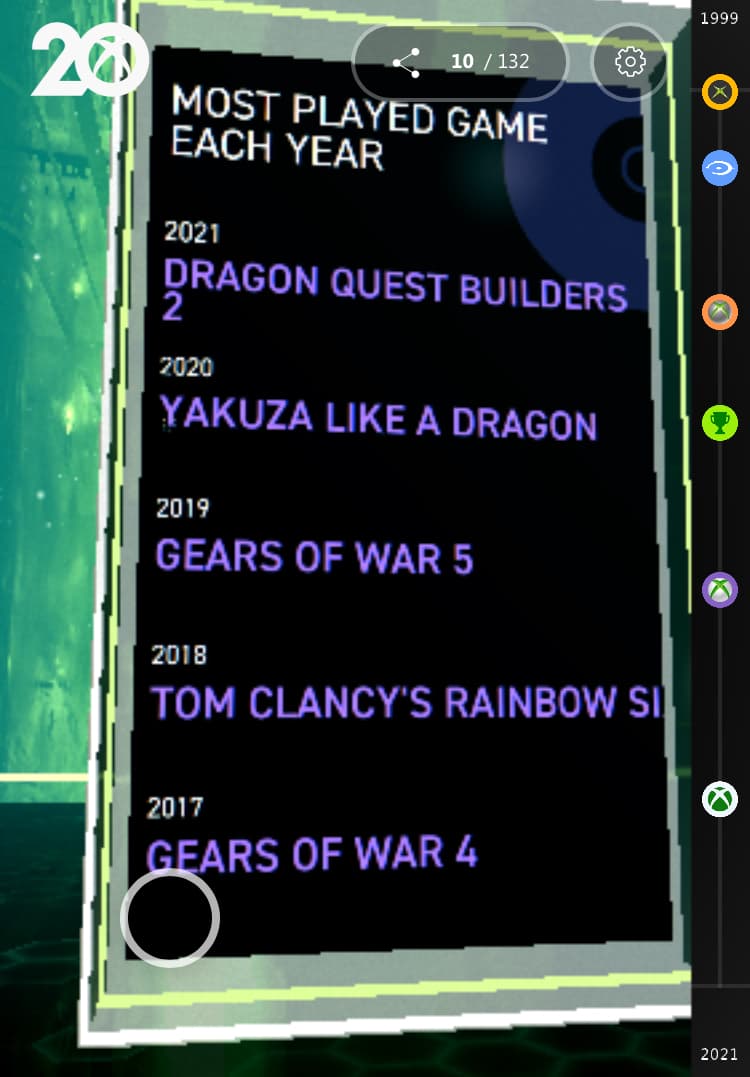 My most played game is the division 2 . 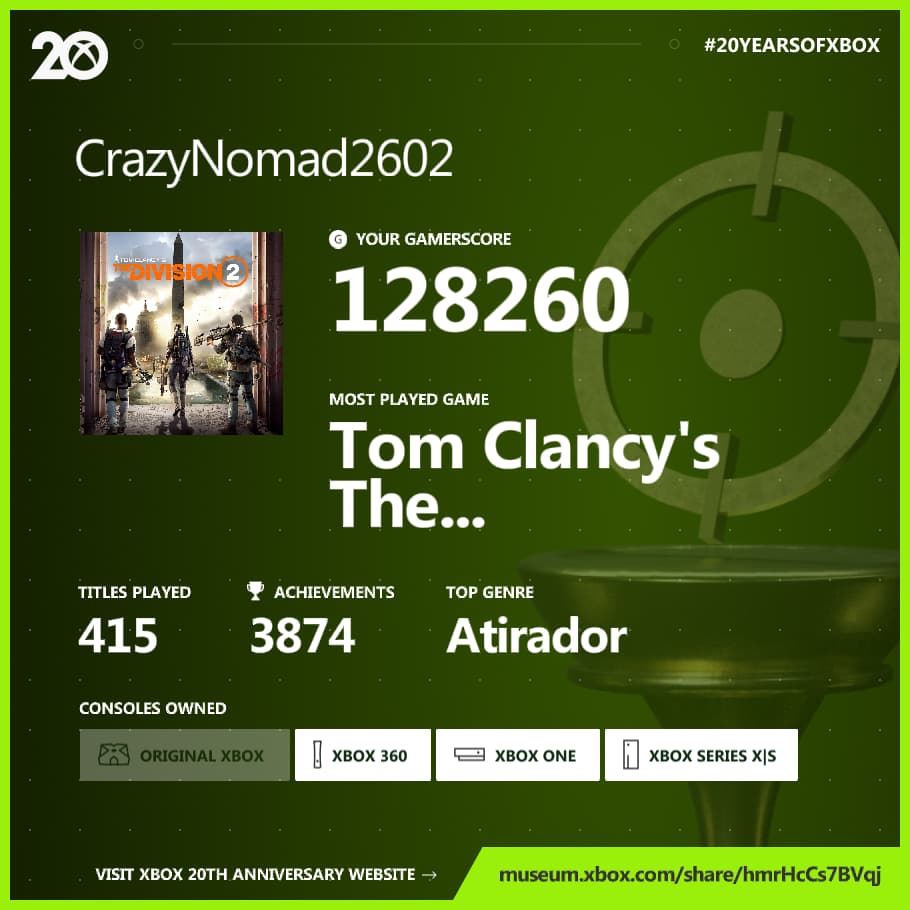 Kind of surprised by this being my most played game. 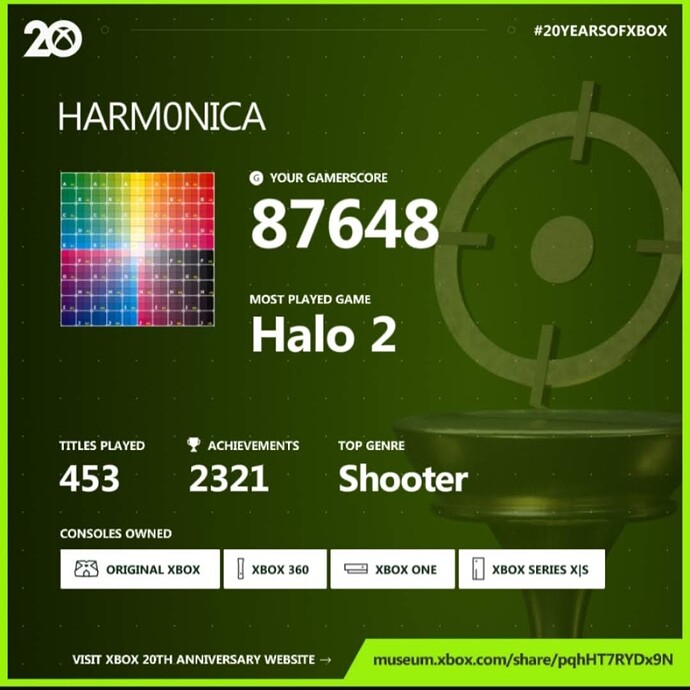 Is there a way to see all my stats? It’s incredibly slow on my phone and tablet and my only laptop is a old ass one. This thing isn’t working well for me but I am curious about what my most played game of the last 20 years is.

Don’t even remember my username though. 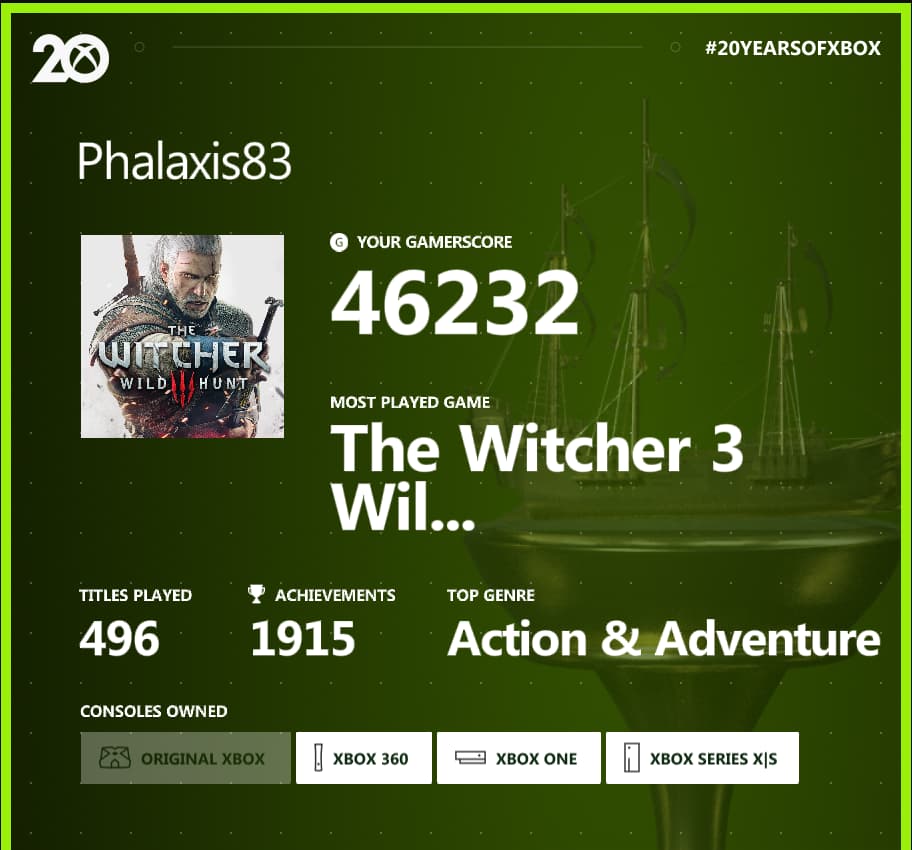