What Remakes Would You Like to See from Xbox Game Studios in the Future? 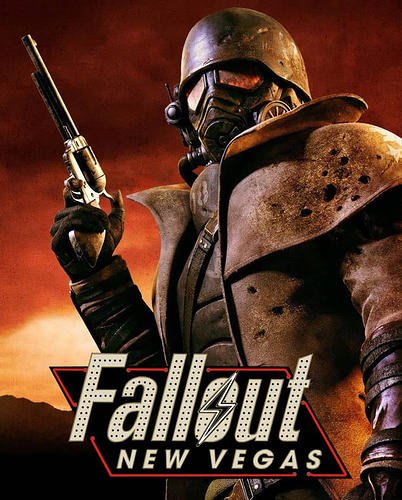 With the Demon Souls phenomenon currently being experienced on Playstation, the success the RE2 remake had and the hype around the return of the Mass Effect trilogy, it’s clear there is a hunger for old games with fresh coats of paint on them. With Microsoft’s acquisition and sharing of tech between all their studios, they have a real opportunity to go back to their vault and do something special with remakes. I’m not talking enhanced games but rather more robust remakes. New textures. Maybe even new animations and AI. If you were able to recommend up to 5 remakes, what would they be in order?

I merely ask for just one remake.

New Vegas would be great if they finished up and added the cut content and squashed most of the remaining bugs. Ditto Alpha Protocol.

And Banjo Redooie would be great.

Halo 3 - Still my favorite campaign in the series, game still looks awesome on the MCC IMO but I’d love to see an audiovisual remake with high end next gen graphics and redone sound mixing.

Banjo Kazooie - Crash and Spyro remakes show that there is still an audience for 3D platformers, game still plays great IMO and an updated version deserves to be in today’s MS portfolio.

As you can tell from my avatar pic, Fallout New Vegas would be top of the list for me! My other top choice would be Mass Effect, but at least we are getting a remaster soon.

Other than that I don’t really know. More of Bethesdas games I guess, like Morrowind and/or Oblivion perhaps.

Banjo is the most obvious choice but now that they own Bethesda I’d say Fallout New Vegas.

Hope none of the main xbox studios do any remakes in the present future. Outsource that if needed.

Agree with Crimson Skies. I would also like to see a remake of New Vegas, and maybe some of Bethesda’s older titles such as Morrowind.

Conker: Live & Reloaded (mostly the multiplayer. I could leave the campaign.)

MechAssault and Crimson Skies, but I would hope they’d drum up enough interest for new ones afterwards. Those games do need sequels.

Mech Assault/Mech Warrior - assuming they can focus on a great single player like Titan Fall 2 rather than a MP only game like the original Titan Fall.

MechAssault with a single-player focus??? That seems like the antithesis of the series…

MechAssault with a single-player focus??? That seems like the antithesis of the series…

Maybe. I suppose “focus” was a poor choice of word. How about the inclusion of a well developed single player mode?

Maybe. I suppose “focus” was a poor choice of word. How about the inclusion of a well developed single player mode?

Cool, sounds good. (Especially if the campaign can be played with 2 players optionally, like Halo)