What Are Your Most Anticipated Games of 2022? 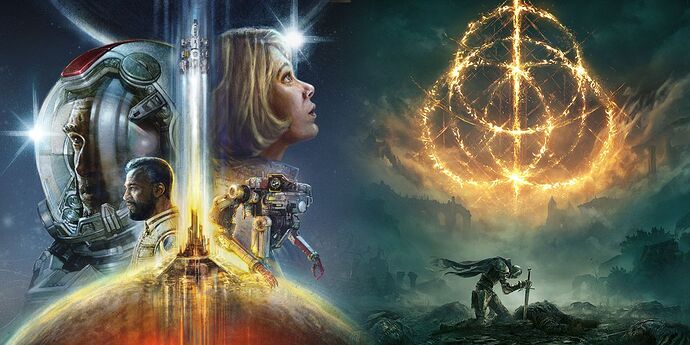 XboxEra will be putting together a most anticipated Xbox Games List with your help! Rank (up to) 10 games you’re looking forward to in 2022. Include reasons why people should be excited about a few of your top games if you wish.

Starfield, TES in space is a dream since Morrowind.

2022 is looking like the best year for racing games in ever, I’m really excited for Gran Turismo and Forza in the same year, especially after long absences for both.

Not sure whether FM is releasing in 2022

I’m really curious about the RedFall. I think Arcane have something special.

I’m really curious about the RedFall. I think Arcane have something special.

I have to get Netflix for Arcane. Reading great reviews on tweets

There are others I have my eye on, but I need some gameplay to understand them better and make a final opinion.

I have to get Netflix for Arcane. Reading great reviews on tweets

I’m sure some folks here will say, “it’s okay”, but halfway through season one I already consider it one of the top 5 shows Netflix has ever had.

Not many games I’m anticipating tbh. I’m looking forward to some and excited to see XGS/Bethesda output, but nothing announced I can’t wait for other than Starfield.

Others I would be anticipating if I had consoles to play on would be GoWR & BotW2.

I am super excited for

I really like the first one despite being limited in scope. This new one looks like Asobo had a much bigger budget so I’m super interested to see what they have been able to do with that.

I’m also curious about Elden Ring and Starfield. I’m not a massive From Software or Bethesda Games Studios fan but I understand these will be big releases. So if they turn out great I will likely play them.

I was also interested in Crossfire X since I love most Remedy games but the recent IGN Preview didn’t sound too hot so I will be cautious with this one.

Forza Motorsport would also be on my list since I played every entry in the series and am a big fan but I think we don’t have a confirmed release date for that and since they helped out with Halo Infinite I could imagine they need more time for Motorsport and the game could slip to 2023.

I’m also really excited for Yakuza 8 and Pentiment, but I’m unsure as to whether those will be releasing in 2022.