What are you currently playing? 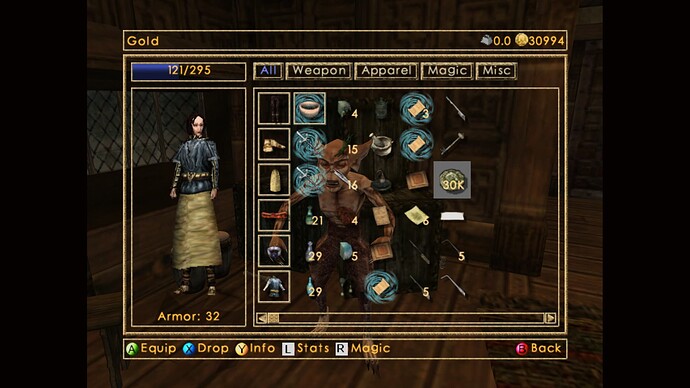 Doing my second playthrough of Morrowind for the 20th Anniversary, will probably return to Oblivion later. So far I have been taking advantage of the knowledge I accumulated over the first playthrough to make a lot of money and power level my character for a hand to hand and marksman run. This time I’m planning on playing through every quest line in the game.

I am almost at the end of NG++ in Elden Ring and I started Tunic a few days ago…and what a brilliant game this is! Presentation is top notch with beautiful visuals and awesome music themes, combat is very good (I left it at the default difficulty and really enjoying the challenge) and the secrets, mystery and the exploration aspect is amazing. Discovering small things about the game all the time via the (beautiful) in-game booklet is so much fun! It blows my mind we are seeing games like Tunic from indie developers nowadays!

Rogue Legacy 2…what an incredible game, looks amazing on the XSX too!

In the past 40 days or so, apart for playing vanguard mp, I finished both ori games, incredible platformers, didn’t like that ori 2 tried to be hollow knight, in my opinion it kinda failed but the visuals and still great platforming saved it, I gotta say I liked the first one more, the second one did a lot of things wrong for me personally.

Bought sekiro for around 30 euros on sale, just can’t get myself to like it, I keep comparing it to elden ring which ruins it for me. Also played trek to yomi for around half an hour yesterday, I think it will grow on me, nothing crazy so far though.

I’m finally playing Soma, after much cajoling from my son that I had to play it. I’m about 60% through so far and enjoying it quite a bit. I usually don’t play scary games, but I wouldn’t classify this as a true horror game - more just a really good narrative game with some scary moments.

Halo Infinite Season 2 has been my go to this week but I’m still grinding MLB The Show Diamond Dynasty. I’m about 30 hours into Horizon Forbidden West and would like to finish it soon so I can turn attention back to Elden Ring and Cyberpunk.

Haven’t had much time to play so still playing Dead Space (great game!) and also a bit of Halo Infinite MP.

Halo Infinite MP: I generally play a bit everyday or other day.

Elder Scrolls 3 Morrowind: I’m getting close to beating the main quest line on my new character, yesterday I got corpus, cured it and saved Mihlo from custody.

Elder Scrolls Online: Currently doing the Fargrave/Deadlands quest line on my main, while jumping into random dungeons and some dps practice in between.

Elder Scrolls 5 Skyrim: Briefly jump back to remind myself what I was doing before starting with Morrowind, started the book of lov quest line and headed up to see the Grey beards.

Spec Ops The Line is a great game. Hope you enjoy it!!

Lost Odyssey 2? are you from the future?

Spec Ops does a few cool things with the narrative and the storytelling, if the shooting was actually satisfying/addictive it would’ve been a stronger experience IMO (with the things it goes for narrative wise). Still a pretty good game that is worth playing.

Lost Odyssey 2? are you from the future?

Spec Ops does a few cool things with the narrative and the storytelling, if the shooting was actually satisfying/addictive it would’ve been a stronger experience IMO (with the things it goes for narrative wise). Still a pretty good game that is worth playing.

I bought the early access of Songs of Conquest on Steam. 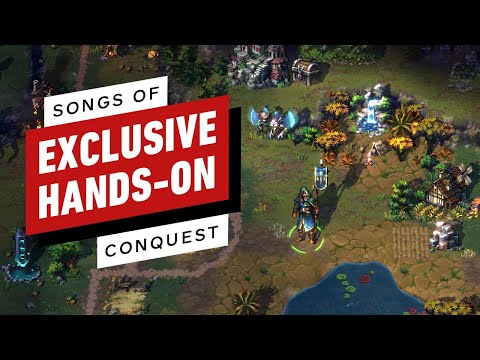 A Heroes of Might and Magic inspired game which already has a campaign, skirmish modes and a scenario editor. It looks great with it’s own style, battles are hex based and so far so good.

Think I’m going to spend quite some time with this one.

The Division 2. Haven’t played since launch. Had finished the base game at the time, but with the new content dropping thought I’'d give it a try. I bought the Warlords of New York DLC ( was on sale 70%), a friend and crew mate bought it as well. Played it last night and had a blast. Now convinced a couple of more friends to pick it up so we can enjoy some smooth combat in a great drop-in drop-out cooperative game. Everything is playable in coop(Campaign, Missions, Raids, Multiplayer) and the cool part is the level balancing where you always fight at your personal power level and loot drops accordingly to your rank. 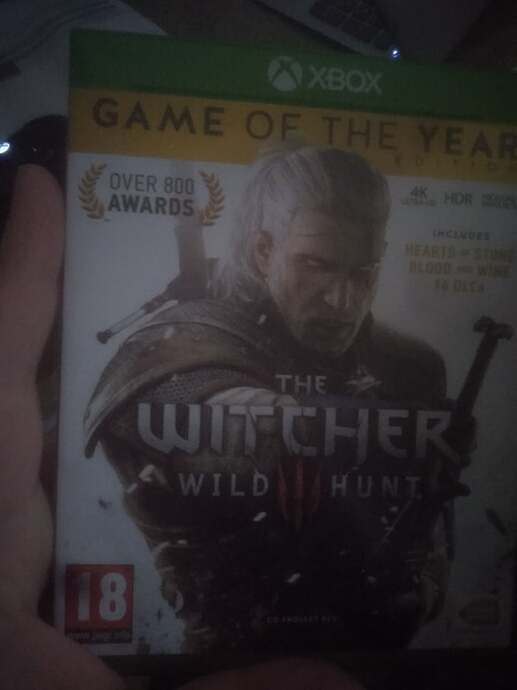 Just came in, hoping it lives up to the hype.

A few days ago Remnant left Game Pass so I looked for another game to “replace” it. I decided to download GreedFall. I didn’t really like it the first time I tried to play it but im gonna give it a second chance. Im not too far into it but it’s fine so far.

As I browsed through the games I felt Mass Effect calling to me so I went ahead and downloaded that too. I’ve already played through the first game a long time ago but as I play through this enhanced edition I can feel myself falling in love with the game all over again. An already good game feels much better running at 60FPS with the remastered visuals. I didn’t get that far into the second game so I can’t wait to play through it after I finish the first.

About a week ago I had bought the remastered version of Sam & Max Saves The World since it was on sale. I knew only a little about it but i’ve never played the games so I gave it a try. I’ve been playing it since last week and im absolutely loving the game and adoring Sam and Max. It’s been awhile since i’ve played a humorous game that made me smile throughout playing it. It really put me in a good mood. Definitely might end up one of my comfort games to play when im feeling down.

I bought the second season since it was also on sale but I might take a break after finishing the first so I can spend more time with Mass Effect and that darned Jurassic Park game. Yesterday I only spent an hour or 2 hours playing it… Somehow that turned into 5 or 6 lol.

Still as always playing ESO, I’m currently playing through the Fargrave deadlands Dlc to catch up for when High Isle zone releases on June 21 on consoles. From the dungeons that dropped already I hope to see Za’ji and Caska make a return for the zone quest line.

So far in the current storyline that I’m playing through, is really interesting to talking and questing for both Daedra and mortals, Lyranth being a character from the games original release taking a large role in the story is great to see.

Getting close to finishing the main story in Morrowind and starting up with the dlcs, 3 out if 7 ash vampires down and Dagoth Ur after.

Started Persona 5 today! I’ll be playing it on a PS3 with intentions to revisit P5R when PS4/5 stock gets back up over here. The first three hours have been a joy so far and it holds up really well.

Playing Mirror’s Edge alongside of P5. It’s crazy how well the visuals hold up even after fourteen years.

@slicerdyster
The art direction truly shines even a decade later. #MirrorsEdge#XboxShare https://t.co/uGbeHaaQVk
4 Likes
cupcake May 22, 2022, 3:43am #1741

finished ghost of tsuhima. i really liked it. very very repetive, but the combat and story made up for it. this was the most copy and pasted game i ever played.

I found GotG to be offensively boring and I couldn’t really get into Tokyo Mirage Sessions due to the Idol focussed story despite the game having a very interesting turn-based system.