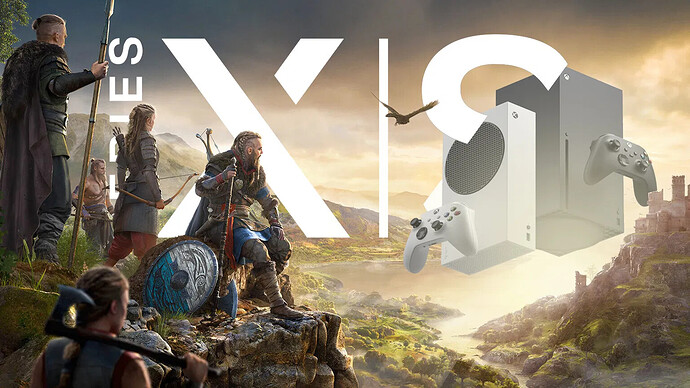 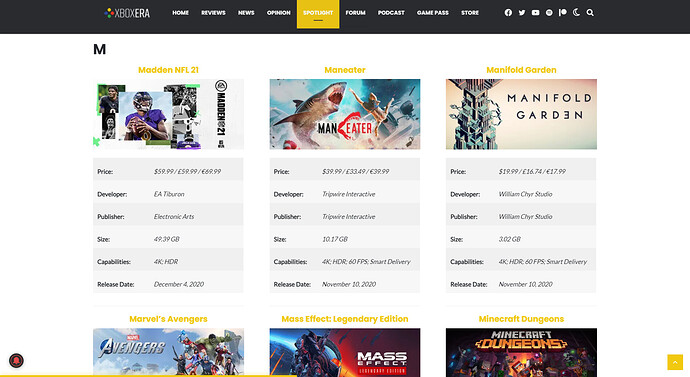 Hello, everyone, and welcome to the definitive guide for the Xbox Series X|S.

In this thread I will compile every available information for the new generation of Microsoft consoles, including a list of every optimized game, a calendar for upcoming games and what next-gen games are part of the Game Pass catalogue.

Please note that it has been a personal project so far, so it is subject to a few errors. Please feel free to point those out, as well as suggesting new additions and so on. My ultimate goal is to turn this personal project into a community project and become the go-to source for Series X|S information.

The Xbox Series X is the ultimate console for players who want the most immersive games from a device designed, built and optimized for gaming with zero compromises. Powered by a next generation, custom designed processor including an 8 core Zen 2 CPU, delivering more than 4x the processing power of an Xbox One, and a 12 TFLOP RDNA 2 GPU, more than 8x the performance of the original Xbox One, Xbox Series X enables a new level of visual fidelity and immersion.

Pair that with the highest bandwidth GDDR6 memory of any next generation console, and a custom, next generation solid state drive (SSD), Xbox Series X provides developers the power to push their creative visions to the limit. With next generation innovations including DirectX hardware-accelerated raytracing, variable refresh rate and ultra-low latency input, Xbox Series X sets the stage for a new level of fidelity, precision and accuracy never before seen in console gaming.

In addition, Xbox Series S includes 512GB of custom SSD storage and is powered by the Xbox Velocity Architecture, delivering more than 40x the I/O bandwidth of an Xbox One resulting in faster loading times, steadier frame rates and Quick Resume for multiple titles. 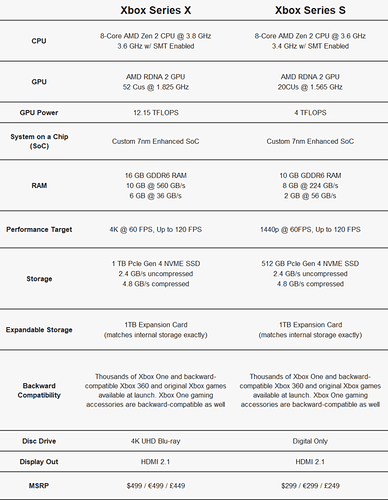 Here are the Series X|S games with the biggest download sizes:

Games in the catalogue

There are 3 Series X|S games available on Game Preview worth a total of $74.97.

Now THAT is how you utilise the table feature. Awesome stuff.

Yeah, lovely! My only suggestion would be to align content to the left in tables, cause it is easier to read/follow longer tables. All in all, good job!

Yeah, lovely! My only suggestion would be to align content to the left in tables, cause it is easier to read/follow longer tables. All in all, good job!

Thanks for the suggestion!

There’s less available space for the table than I thought I would have. I’m experimenting at the moment trying to make it more appealing.

To put things into perspective, this was my original spreadsheet:

Surely it has to.

Hi, do we know if the previous Yakuza games will be enhanced later down the line?

Without a doubt it will and even if it didn’t, the Series X could apply it at a system level.

Oddly it isn’t confirmed on the Xbox Page.

But I think it must have. If someone has any confirmation about it I’ll gladly update the list.

How long did it take you to make this thread

Great OP. Thanks for putting all this together!

I can tell a lot of effort went into this. Great job OP!