I’m fine with whatever they want to make.

I wonder if they have any desire to make a game that isn’t an MMO now. And if so, they should probably change their name.

They were making the Commander Keen mobile game that may be cancelled.

I’ve been meaning to give TESO a shot. I got the base game, hell, we all do with game pass, haha. And recently bought Summerset for only 4 euros here. Now I just need to start playing it, lol.

I’m wondering if they’ll put all the expansions to ESO on Game Pass. If they do, I also may try it. Might as well.

I’ve been meaning to give TESO a shot. I got the base game, hell, we all do with game pass, haha. And recently bought Summerset for only 4 euros here. Now I just need to start playing it, lol.

Bought like every expansion and never played them. This the kind of game I would have played the living daylights during my college days but now with work its hard.

Bought like every expansion and never played them. This the kind of game I would have played the living daylights during my college days but now with work its hard.

I understand you very well .

New IP and Engine is very exciting. I would imagine it isn’t high fantasy (I think?) like elder scrolls online since they want to make their own world. 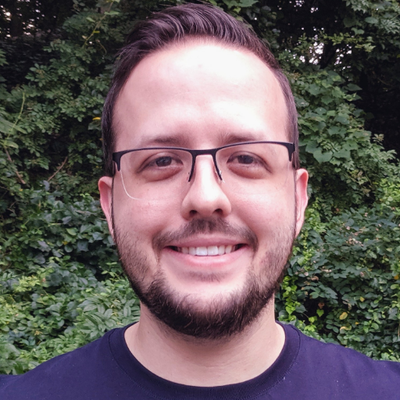 Not much to say about this yet, but it's been so much fun creating a brand new engine. With how rare this kind of thing is nowadays, I feel fortunate to be at this studio while we invest heavily in our own technology. twitter.com/_XboxNews/stat…

Confirmed: Xbox first-party studio Zenimax Online, developer of The Elder Scrolls Online, is working on a brand new AAA IP, built on a brand new game engine. The title has been in development since at least 2018. https://t.co/76by373zPx
1 Like
BlackheartVinyl October 4, 2020, 1:09am #15

Well, no longer a “Rumor” then

Well, no longer a “Rumor” then

I will update the title.

Pre-production on a new IP, so this is like 2024 if we’re lucky lol

Pre-production on a new IP, so this is like 2024 if we’re lucky lol

With the money that Microsoft is now putting into all their projects, I’d be excited to see what a MMO with their backing aiming for a new generation might look like. I think this could have some exciting potential when you factor a persistent game will be able to fully leverage cloud compute. If it started 2018, it’s probably a long ways off.

Xbox Game Studios |OT| Halo...is it me you’re looking for?

Honestly Xbox should fund a proper MMORPG, this is one genre Xbox lacks.

I remember when I wrote Microsoft should make a full fledged MMO and it almost seemed impossible.

Seems like they’re preparing to ramp up production for a new big MMO. Wonder how long they’ll keep supporting ESO. Seems to be doing well enough.

I imagine MS is really going to get behind TESO, the game is already one of the top 3 MMO’s along with Wow and FF14 and I imagine that MS wants it to be a driving force behind Game Pass.

How big is zenimax online?

How big is zenimax online?

Devs wise wiki had them around 250 in 2012 and LinkedIn around 200 but I thought I read they were more than that in one of the recent press releases. They are also hiring 40-50 devs based on their job site.

Something about this makes me think it wont be another mmo or at least it wont be as large of an mmo as ESO. I think they’re gonna make an open world rpg that’s entirely playable in co-op.

There is no way they are gonna develop a new mmo ip while at the same time also keeping support for ESO. I mean, this team alone is not like a blizzard where they can support a massive amount of live service games at the same time, the support is most def gonna have to come from somewhere I just don’t think its worth putting in so many resources into an unproven MMO in an already extremely crowded market.

Reading a tweet like that I can’t help but wish BGS did the same. I would love to be blown away by their games again. Morrowind, Oblivion and Skyrim when they came out looked fantastic and while Fallout 4 had its moments it wasn’t that good looking at all.

And not to mention animations, but good thing is Starfield will have a brand new animation system, can’t wait to see that.