Your top 5 games of the gen 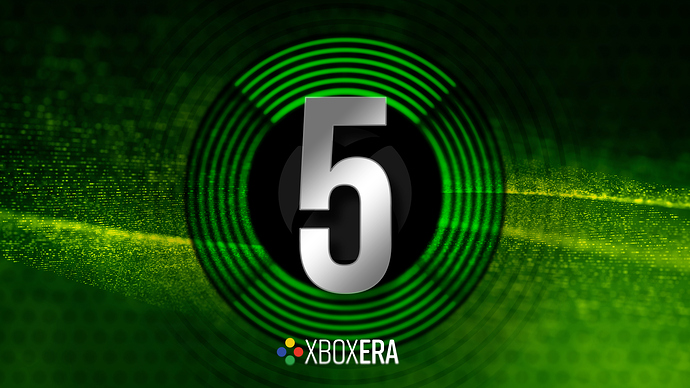 It’s that time again. A retrospect if you will.

With the curtains being drawn on the curtains of our beloved xbone let’s rank out top five games from last gen and discuss how this gen compared to previous ones.

Those are off the top of my head, I may need to edit after giving it some thought.

Not to be a downer, but this gen was much worse than last gen for me. Most of my favorite series from last gen either didn’t continue into this gen, or did but were disappointing. If you asked me to make a list of my all time favorite games that appeared on the 360, I could probably rattle off 20+ without even thinking about it. This gen, I would struggle to come up with a handful.

As you can tell, the early gen was great for me but the past few years not so much.

I will give honourable mentions to Titanfall, Halo 5 and PUBG.

But that’s just a tip of the iceberg. Overall it was a fantastic generation, here’s to the next one being at least as good.

That Ive played on Xbox?

Shadow of the Tomb Raider

So glad to see other people liked Quantum Break. Thought I was the only one!

As I mentioned several times

And sooo many more probably could swap games in the lower ranks. Sunset Overdrive, Horizon zero Dawn, Dark Souls3, Ori 1/2, The last Guardian, Hellblade, Inside, Oxenfree… and on and on

What a great gen it was, for me at least!

Control was great but something was missing however great nonetheless. In fact Prey was the better Control for me

In no particular order:

Seven years is a long time!!

Seeing Alien Isolation a lot… I adore the aesthetics but even with my love for Alien I couldn’t play AI I was scared and stopped:(