I think XBOX should bring Scalebound back to life, I did some research and the project seemed Amazing (maybe too ambitious for Platinum Games) 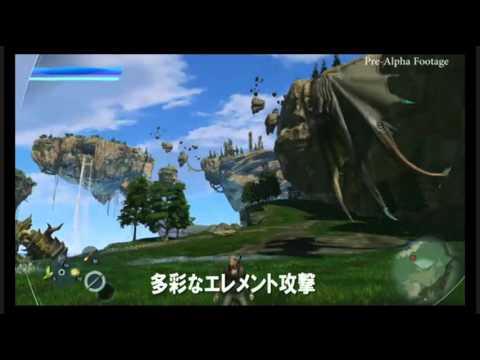 "In this brand new license, the adventure will take the player on a journey in command of Drew, a lonely young man thrown into the beautiful but terribly dangerous world of Draconis. Linked in this world to a frightening but noble dragon named Thuban, the last of his line, the two heroes of this adventure will have to learn to fight together. Our two cronies will have to fight to destroy powerful enemies attacking Draconis, but also Earth and many other parallel worlds.

As usual in PlatinumGames beat’em all, the combat system promises to be easy to access without forgetting to be deep to also satisfy the most skillful and demanding players always with style and the “too much” side. known to fans of titles directed by Hideki Kamiya. The devastating combos will then rain down on the gigantic bosses of the world of Scalebound.

Playable alone, Scalebound will also allow multiple online play with a dynamic quest generation system that adapts to individual playstyles. The hero will also be fully customizable with the ability to choose his type of armor and weapon as well as the type and appearance of the Thuban dragon."

Platinum promises us that Draconis Island will be full of ‘’ combat and exploration. ‘’ ‘Non-linear’ is the term used instead of ‘’ open world ‘’ - Draconis is not a sandbox - although the protagonists of Drew and Thuban, his dragon friend, will have to continuously improve their skills to travel the entire world.

For the player, this involves managing two separate characters - but learning the system is straightforward. Drew levels up by fighting: each time he or Thuban wins a battle, he will gain a skill point. These can be chained knowing that if you defeat the enemies in a precise timing, it will give you a small bonus in addition to what has already been granted to you. ËëIf you pace your fights the right way, íí explains Kamiya, íif you manage to chain opponents together, the combo (chain reaction) will last longer.

Skill points can also be earned out of combat. Scalebound is based on the relationship between Drew and Thuban; therefore you will be rewarded for having maintained this relationship. “If you heal your dragon, or support it in some way, you will be able to gain skill points,” Kamiya said. “The player who will make the right decisions and adopt the appropriate behavior will go… further”.

To add a little spice to the world of Draconis, enemies will not always have the same reactions. For example, the weak points of the giant praying mantis that you have already fought may change. And they will change. He may well have a whole other creature instead. ËëThere is an element of discovery, íí said Kamiya. While you think you already know it all, you don’t. We challenge the player to understand everything that is going on. ‘’

In a private presentation at Gamescom, Hideki Kamiya and J.P Kellams of PlatinumGames shared more information about Scalebound and more specifically the player’s connection to their dragon. It has been revealed that the dragons will be able to have three different body types: the Rex on two legs, one standing on four legs and which will have a role of Tank and which will therefore be slower but will take more damage, and finally the Wyvern which will be specialized in aerial attacks but will be weaker on dry land.

The good news is that your dragon doesn’t stop at just one type: thanks to the gems collected in the game, you will be able to customize your dragon. For example, you will be able to take a Rex-type body and make it closer to the tank in order to find a style that matches your way of playing. You will have five slots to implement various abilities to your dragon, they will be modifiable at any time and will influence its DNA. There will therefore be an almost infinite number of combinations and everyone will have a different dragon.

Finally, know that you will be able to control the dragon during the fights. If the protagonist, Drew, can command Thuban and give him orders, you can also play as the beast yourself. However, you control the dragon through your hero, so it will stay with his perspective and there will be no camera change. Additionally, during this time, Drew will be inert and therefore become an easy target. This feature called Dragon Link will therefore allow you to achieve stylish combos, but should be used wisely because it could be fatal to you. 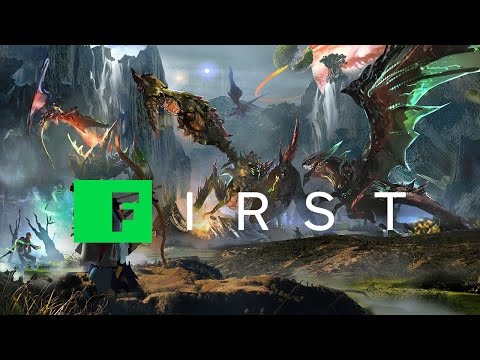 The PlatinumGames developers of Scalebound take you into their Japanese studio and explain how Scalebound actually started development long ago - back before... 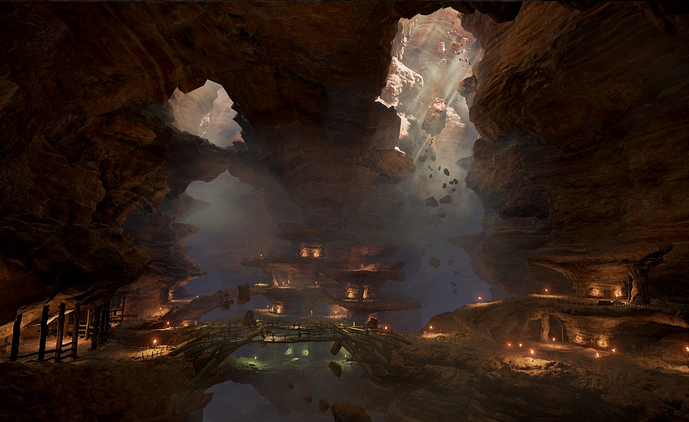 Scalebound will take you through the lands of Draconis with Drew and his dragon Thuban. Hideki Kamiya, director of Scalebound and Jean-Pierre Kellams, creative producer, confessed during a livestream that they wanted players to spend a lot of time exploring this universe. Thus, they revealed that if you complete a dungeon after discovering it, you will always be able to do it again later with a more increased difficulty that will adapt to your character level.

While you will be able to take your time as you explore the rest of the world by going from town to town and battling powerful enemies hidden in the forests, it will not be the same when you enter a dungeon. Indeed from this moment, it will be Platinum Games all spit with “super-hardcore” enemies pouring in from all sides, in short, the challenge as we like them. 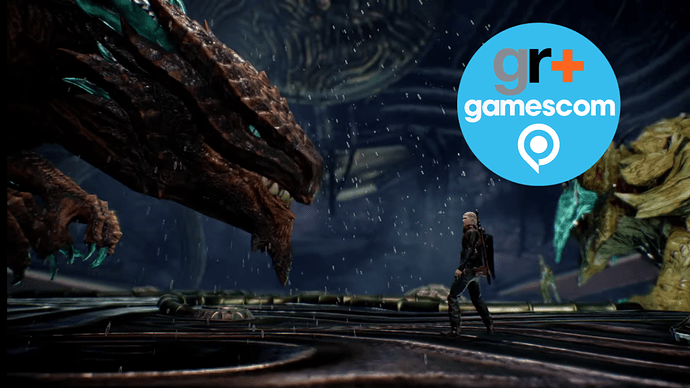 Scalebound has been hiding a fundamental gameplay system from us. But now... 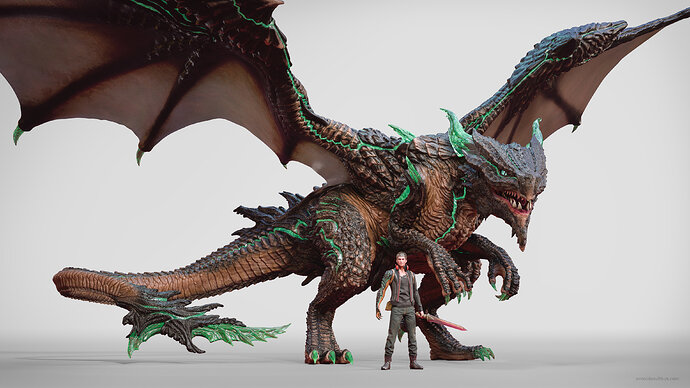 I’m sorry I wrote this article in French a long time ago I decided to share it because I can’t forget Scalebound in my head, I don’t know how to write very well in English so I used Google Trad I apologize if you can not understand everything.

nah, I remember that game looked rough, and many were clowning it each showing.

You must read this link, we haven’t really seen much of the game

Scalebound has been hiding a fundamental gameplay system from us. But now...

If anyone has had the opportunity to see this presentation it would be great to explain to us in more detail how the game behaved.

No. They don’t. It’s dead and it’s not coming back.

And it didn’t look good to begin with.

nah, I remember that game looked rough, and many were clowning it each showing.

You remember correct. It was used a lot in the banter against Xbox.

Until it got canceled, then it looked amazing lol

The only way to let scalebound rest is to bring the game to life. I think it would be interesting to develop with another studio and release IP at some point.

No. They don’t. It’s dead and it’s not coming back.

And it didn’t look good to begin with.

The game has been canceled 2x he could come back.

Every showing the game had didnt look good, it took it being cancelled for people to care

Plus, the game was cancelled for a reason, it’s a shame because Kamiya is a great director and id love to see him work with xbox again but Scalebound isnt it and shouldnt come back

Its dead brother . Time to let it go .

I wouldn’t mind it coming back. If it did it’s probably not gonna be developed by Platinum though. But like alot of people said already, Scalebound is as dead as Too Human.

Every showing the game had didnt look good, it took it being cancelled for people to care

Plus, the game was cancelled for a reason, it’s a shame because Kamiya is a great director and id love to see him work with xbox again but Scalebound isnt it and shouldnt come back

The game was in Pre Alpha when we saw it. I would very much like to have feedback from journalists who saw the game at a stage more advanced against the fight of the 2 giant monkeys.

Maybe a reimagining of Scalebound, where you pretty much just are just a mix up of the Dragon Knight class in ESO and a Dragonborn: as in Blood/soul of a dragon, but instead it just allows you to use dragon themed magic like Natsu from fairy tail.

But the original concept is probably something they shouldn’t bother exploring again.

I swear the hype only happened AFTER it was cancelled