Pretty simple, rank your favorite studio/game the studio is making in tiers. 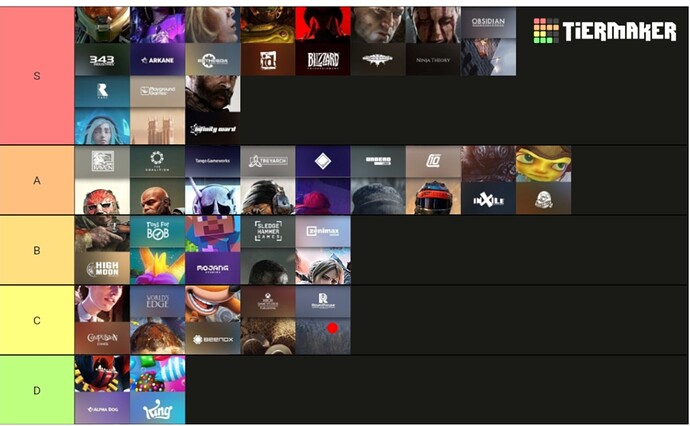 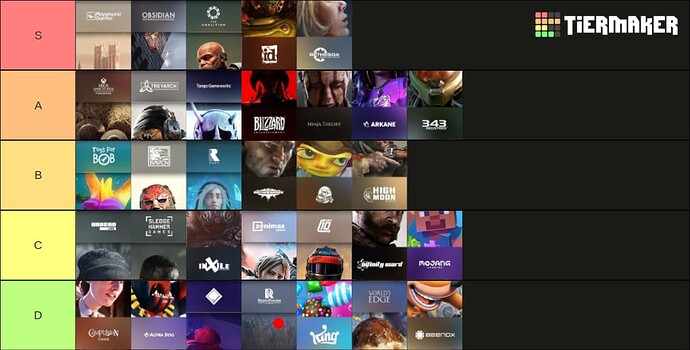 I also feel that several studios have the capacity to move into that tier like Arkane and Obsidian if they get that massive hit. Here’s hoping Redfall and Avowed are that. 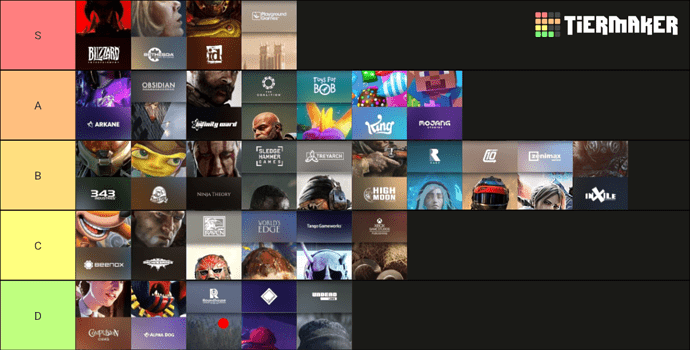 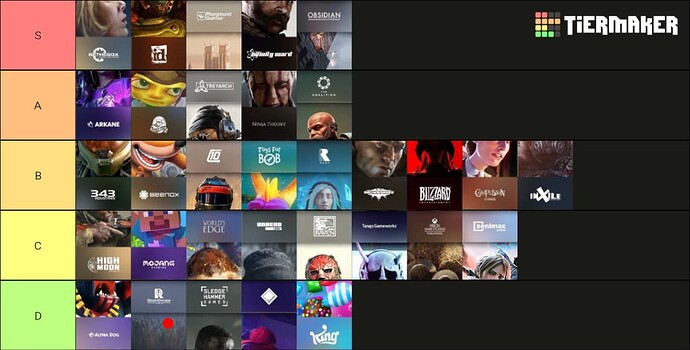 High on inXile and Compulsion.

Too many good studios

This will likely change over time but these are my current rankings. 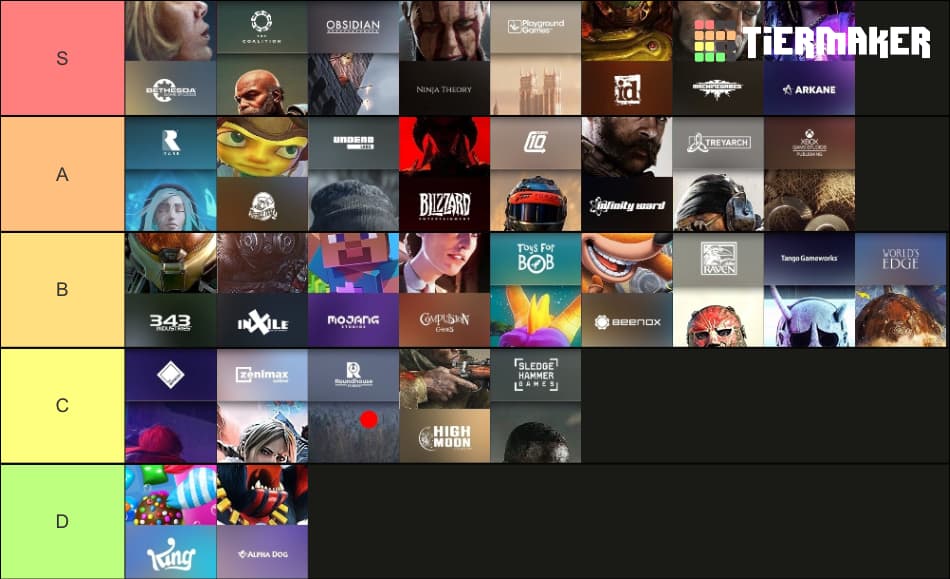 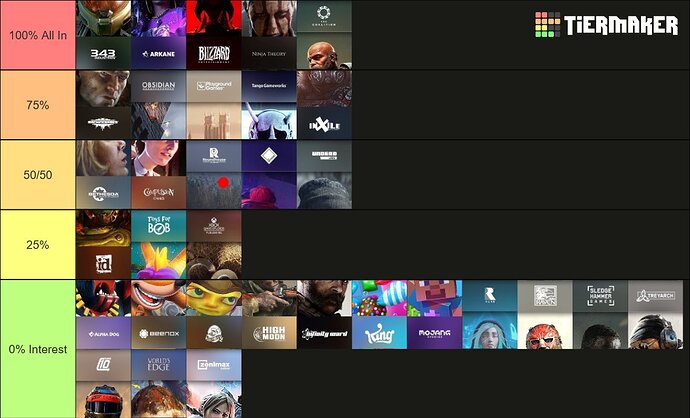 …Pretty simple, rank your favorite studio/game the studio is making in tiers. 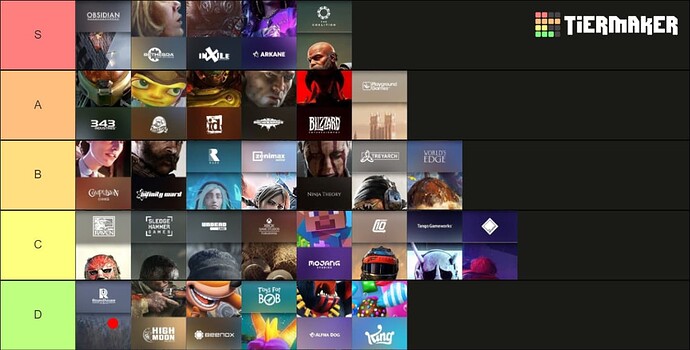 I expect quite a bit of movement up or down in the A-C tiers over the next few years.

2 Likes
Cayde4Ever (Cayde) August 4, 2022, 5:00am #12
Excited to see the potential of all my A tier studios and what they can do with more resources and creative freedoms. Each of them could easily become S tier 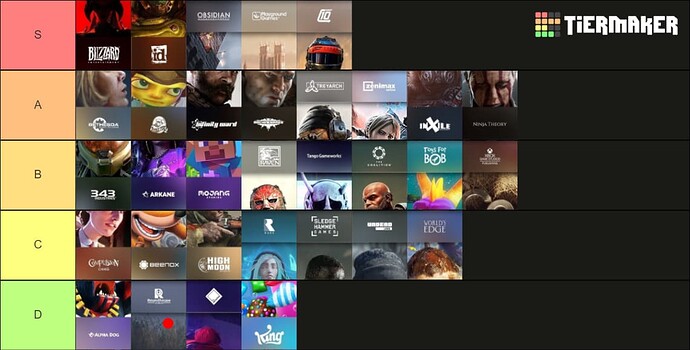 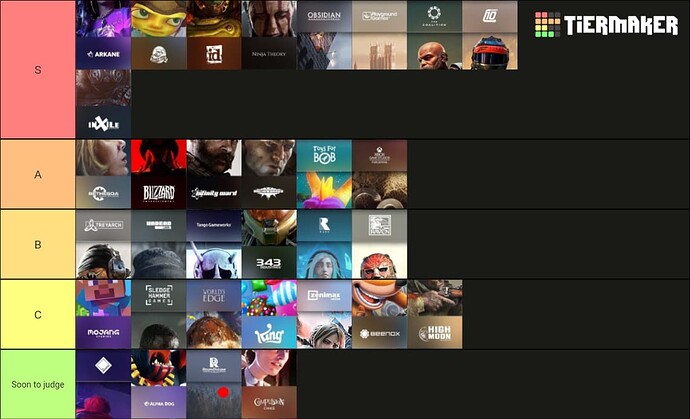 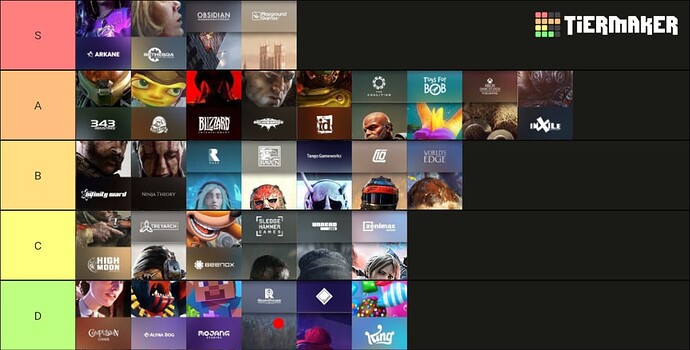 The Initiative is really unrated.

No specific order. I don’t think Xbox has a studio below a C+.

D tier is unproven tier now. Because while any studio can become great, these ones are more specifically growth types.

P.S. High Moon is unproven because it’s been a decade since they lead dev on a game. 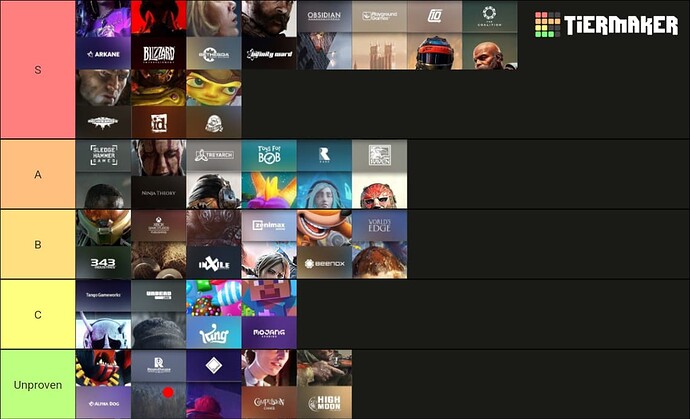 Edit: Did not mean to put Raven in C. Raven is A tier. I thought Raven was digital legends. I had trouble with the logo. List has been updated 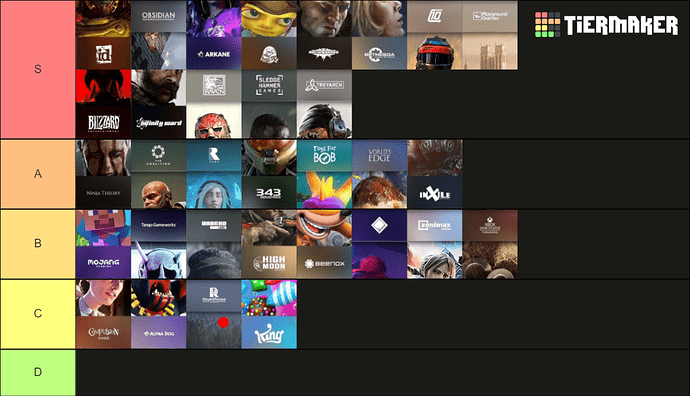 I ranked mine purely on my view of the studios ability to create high end AAA games as things currently stand. Looking through this I realized everyone is kind of coming at it from a different angle, so I figured I would clarify mine.

Mine is pretty much based on how much I enjoy their games with a little bit of potential future game goodness as in I think I might like what they have coming. Some studios I haven’t played a single one of their games so they tend to be in the middle. 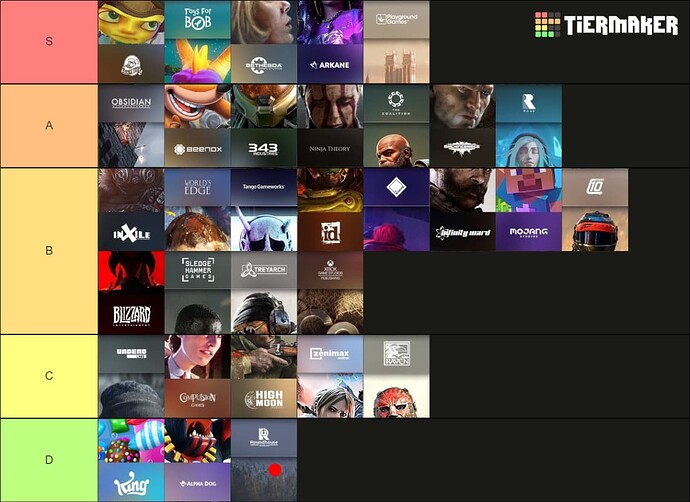 download1140×830 87.7 KB
This is entirely based on my engagement with these things, like ID is probably an S rank for the quality of the games they put out but the gameplay of Doom doesn’t click with me specifically. But I do want to highlight Toys for Bob, Arkane and Obsidian cause I think if given the right resources they could be the real breakaway hits of all of MIcrosoft’s acquisitions.
3 Likes
Mort August 4, 2022, 3:17pm #19

Hm, this turned out to be a bit more bottom heavy than I thought… The very bottom in D tier is either unknowns, unproven or mobile crap I don’t care about though. The two top tiers was easy, but not that many fit the bill tbh.

I think we need more studios. 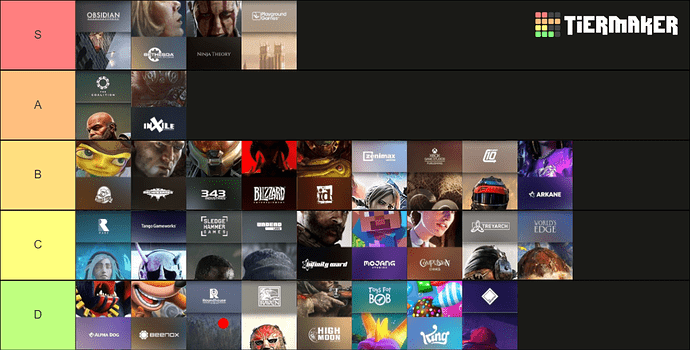 I think we need more studios.

I agree. WB and all of DC would fit in very nicely. Hehehe.