Which of the two 2022 Atlus releases are you going to prioritize? 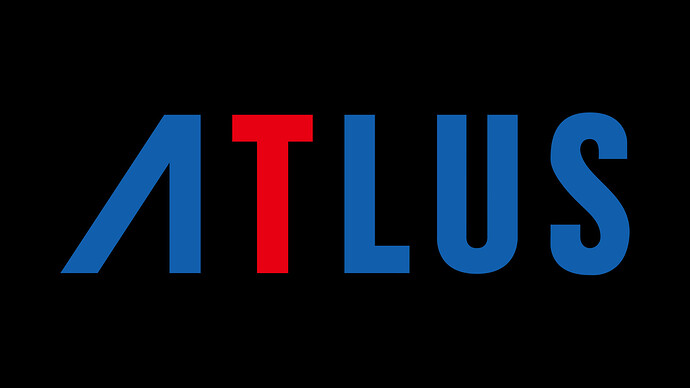 Alright, this one is simple (and sort of follows from my previous topic).

Later this year, Atlus will release not one but two games on Xbox after an almost decade long absence.

Which one are you looking forward to playing more?

Ordinarily, I would assume the answer is obvious in favour of the new game versus the old port. But, the new game here not actually generating as much interest and engagement across the board, versus the port being of one of the highest rated, most beloved games of the modern era, and a long requested port at that, means that this might be a closer content than usual.

Bonus: are you going to buy/have you bought either of these, or are you sticking to Game Pass?

I played normal P5 so Soul Hackers 2. I will Play P5R though

Yah… I actually will probably skip Soul Hackers this year and play P5R instead. I’m sure that’s not what Atlus intended but

I will play P5R… in short it’ll fill the Starfield/Redfall sized gap in the holiday which is mostly looking like Pentiment and God of War for me.

Not sure about Soul Hackers 2. I will try to buy it for sure to send the message that there is a community for this stuff on Xbox. But I am kinda swarmed with JRPGs I’m trying to juggle right now, let alone the other stuff.

Never played a Persona game and I’ve just recently started to dip my toes into the weirder part of Japanese games so Persona 5 it is!

Already have Soul Hackers 2 preordered and plan on playing the first one soon before that.

Will be buying P5R too. So I guess technically SH2 since it releases first?

Never played a Persona game and I’ve just recently started to dip my toes into the weirder part of Japanese games so Persona 5 it is!

Persona 4 is probably one of my favorite games ever. Unforgettable experience!

Who needs to choose when Persona 5 Royal will be on game pass anyway. As for me, having played Persona 5…4 times now, I think I’ll be giving this release a miss because I don’t think I can go for a 5th playthrough. I will probably be picking up Soul Hackers 2 and I am looking forward to replaying the P4G and P3P when they come out.

Well P5R will be on Game Pass so I only need to buy Soul Hackers 2.

I still have sealed copies of P3, P3FES, and P4 actually.

I did everything in vanilla P5 when it launched, so I’ll probably go for SH2. It’s coming out in August right? Hopefully I’ll have enough time to wrap it up before P5R even comes out.

I’ll be buying the digital version of SH2 and maybe some DLC depending on how meaty it is. I want to buy the Persona games to support the series finally coming out here. Sadly, I don’t expect them to have fixed the shitty parts I keep bringing up every time the subject comes up, so I can’t commit to anything just yet.

Edit: I might have to swallow my principles and buy them regardless if it means Nocturne and other such games make it here too.

I mean…i dont need to priotise anything.

Easier port with added content. Fes is a ps2 game.

The ideal situation would be to soft remake fes with portable content. But we dont live in a perfect world

I mever played Royal on the PS4 so I’ll proba ly play that first and the SH2. I’m sure I could knock Royal out in a cool 50 hours.

Will give Atlus time to fix any glaring bugs in SH2 too so I get the best version. What I did with Yakuza 7 and it worked out well for me!

Going to play both, but P5R has my priority. Have been wanting to play it again after having played P5 normal at it’s release. I was holding of getting P5R for a long time waiting for it to come to Xbox, and now the day is (nearly) finally here.

Both, and I plan on picking them up Day One.

I am still stuck playing SMTV. Might skip Soul Hackers and go to P5.

Gonna buy both but if I have to choose then P5R. At least the latter most likely won’t be full price when it comes to Xbox. Sega tend to price late ports pretty fairly (see the Yakuza games). Square Enix should take notes…