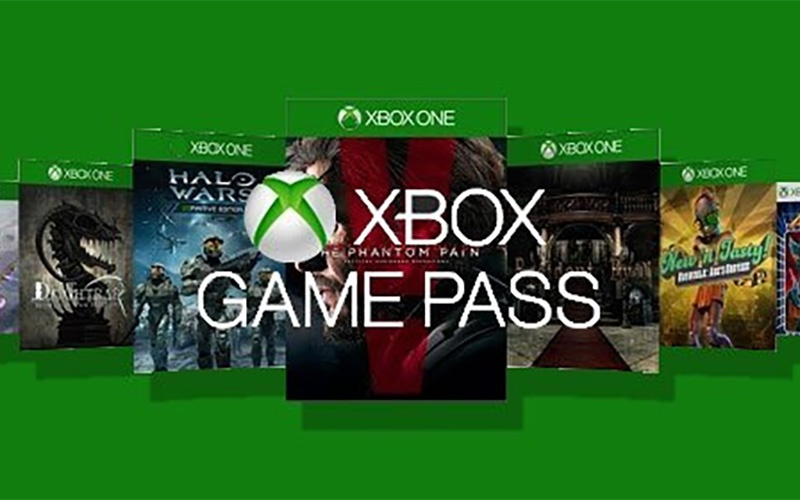 With all this talk of Sony opening up the check book for timed third party exclusive content, including rumored by Rand the possibility of FF16 being a timed exclusive. It seems that Xbox gamers are going to have to be patient for a lot of this content.

However rather than Microsoft doing the same thing, they’re more interested in getting games Day One on Game Pass. Some third party day one games that came out this year on GP include Streets of Rage 4, Crusader Kings and next month Destiny 2 New Light

It’s clear that Sony’s approach is to sell their console, Microsoft’s approach is to sell their subscription service. Personally I think that the Series S is MS real secret weapon for next gen because its basically a budget friendly Game Pass machine so it’s only going to benefit their console sales as well especially in this hard economic time and with All Access. MS is going to find a lot of success in console sales this gen along with pushing their subscription service where as Sony will succeed in pushing PS5 sales but probably won’t move the needle much for PSNow.

Personally I appreciate MS approach more although it may sound bias because this site is called XboxEra but the truth is, its far more consumer and wallet friendly and its clear Microsoft cares more about getting content on Game Pass even if its multiplatform. Although there are a few exceptions such as the Medium, Stalker 2, Phantasy Star etc. I don’t really see a major 3rd party game ever launching on Game Pass day one except for Destiny 2’s expansions but I feel that’s a special case because it’s a service based game that fits into the GP model.

Clearly day one XGP. Why should the availability to others matter to your enjoyment of the game?

Day one gamepass is far better. I don’t care at all about playing a game before anyone else but being able to play a new game without forking out $60 or more is awesome.

Clearly day one XGP. Why should the availability to others matter to your enjoyment of the game?

Exactly. Getting a game day one on Gamepass benefits me directly as a Gamepass subscriber because I don’t need to spend any additional money to purchase the game to play it. What benefit do I get if a 3rd party game is exclusive to Xbox? I was already able to play the game before on the system I own, so why should I be bothered that other people can on the system they own?

Day one XGP and deals like EA Access are much better, but if Sony steps over the line, I understand if they need to get aggressive.

That said, one maximizes consumer value, the other just minimizes everyone else’s. Pretty cut and dry the better approach (regardless of what some fanboys will say).

Foe me as a Game Pass Ultimate subscriber it is obviously more important that a game comes to Game Pass.

P.S. Missed chance of a poll

Another vote for GamePass.

I don’t care if I can play a game sooner or later. But having it on a service I’m subscribed to would be a boon.

Day one XGP and deals like EA Access are much better, but if Sony steps over the line, I understand if they need to get aggressive.

That said, one maximizes consumer value, the other just minimizes everyone else’s. Pretty cut and dry the better approach (regardless of what some fanboys will say).

I don’t get it when people say that if Sony or Microsoft is able to secure a 3rd party game as an exclusive it shows Sony or Microsoft is investing in them. No it doesn’t. It only shows that they are getting exclusive content onto their platform for marketing purposes. It has very minimal benefit to you unless you are a total fanboy.

Exclusivity does nothing for me. Give me them Gamepass games.

Ι was planning to make a similar thread but more about how MS should react if Sony continues to moneyhat 3rd parties for timed exclusivity.

Between the two options of paying for timed exclusivity and paying for day one releases on GP I would choose the latter no doubt, paying to block one platform from getting a game is what Sony is doing with the Bethesda deals for example where they are essentially paying Bethesda to release the games on Xbox one year later and it’s a shitty practice which doesn’t affect anyone positively (unless you are a warrior and you care about list wars that apparently will have an expiration date).

MS paying for 3rd parties to appear day one on GP is a much better option than the above, Xbox owners affected positively while other platforms still have access to the game.

That being said would’ve been cool if DMCV for example was a day one release at GP? of course but the game came out on the platform regardless so does that really affect us that much if we can play the game day one on GP or 6 months later? well some people wouldn’t pay 60 euros/dollars for it but we can’t have everything for free can we? anyone who was not that interested in the game would’ve waited for a price drop anyway plus the deal is much cheaper for MS if the games come out at a later date at GP.

I think that a third option is the best for GP AND the platform as a whole, MS should take that money from day one releases on GP and fund 3rd party exclusives, I am sure that there are a ton of talented studios and creators out there that struggle to make a deal with a publisher for the project that they want to make. That way MS will make their exclusive portfolio richer (and eventually having the platform become more and more enticing) while at the same time they will have those games day one at GP since they would be XGP published games anyway. Having Elden Ring day one on GP would be really cool but having a new IP from From Software exclusive at your platform AND having it day one at GP is a way cooler scenario IMO and something that will turn many more heads and create buzz in the industry/media.

[image] As the title suggests, I wanted to inquire about what could be more attractive to third parties, having timed exclusives on Console (like RoTR was) or Day 1 Game Pass (like pretty much all the games shown at July showcase)? Also, which is more expensive? I see it as being a far more attractive option compared to timed plastic box exclusivity, because unlike timed exclusivity, day 1 game pass isn’t stopping the game from releasing everywhere else. The primary reasoning people are usin…

Already had a thread on this

Day one on Game Pass.

Exclusives are stupid. I just want value for my money.

Gamepass day 1 definitely. You actually get something of value. For timed exclusives I can just patiently wait while I play my other games.

I prefer Game Pass day one over timed console exclusive games and/or content but if it’s a full exclusive that needs that to survive and be a reality, then I would prefer the full exclusive. So for the rumored Silent Hill game, if it means being fully exclusive to PS5 or it doesn’t happen, then im good with it.

Gamepass all the way

Definitely Gamepass - if MS has money to invest, better to invest it in a positive way to give it’s own customers new games as part of a subscription, rather than use it to deny other gamers (Playstation) access to games or features within games

Game Pass definitely. Not only would it save me money, but I don’t care if PlayStation players have to wait to play something. In fact I’d prefer if they didn’t.

Definitely Gamepass. At this point only rabid console warriors would gain satisfaction from depriving gamers on competing systems.