What MARVEL IP should Xbox make a game with? 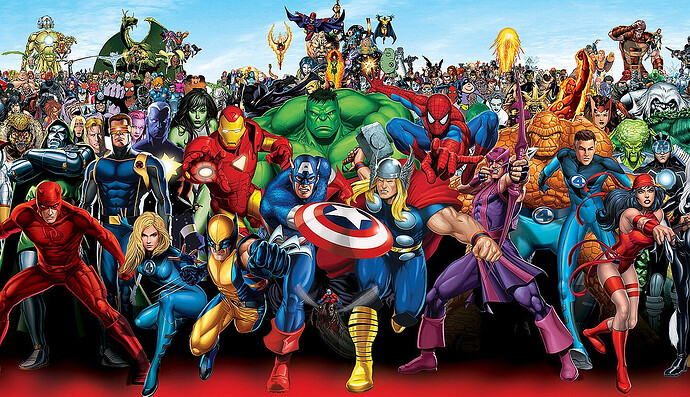 So, PlayStation has Spidey and Iron Man through VR. Nintendo has MUA3. MS, however, does not have a MARVEL game of their own. Let’s say, hypothetically, Disney comes in the nature of fairness and offers them an IP of their choosing to make a game about through one of their studios or a partner. Which IP do you want to see them make a game with?

For me, personally, I’d love to see a Hulk game with the level of cloud destruction shown in the Crackdown 3 demo. He can be a fun character and is Xbox green. I’m not sure who should develop in this hypothetical situation… ZOS? Coalition? Sumo? Volition?

Anyhow, here are some options for y’all.

I want a Wolverine game!!!

I want a Wolverine game!!!

It’s been a good while since we got one. Him and Dr. Strange were my runner ups.

Guardians of the Galaxy - The Coalition

I think there’s more interesting ips and stories to be made as a videogame than super heroes, and specially more than marvel. But for the sike of the question the punisher with TC.

A Rogue Game set in the Xmen world would be cool. She absorbs powers so from a gameplay view, allows many possibilities.

A Rogue Game set in the Xmen world would be cool. She absorbs powers so from a gameplay view, allows many possibilities.

Rogue is such a fun character who is underutilized in other mediums. She’d be a great lead in a game.

I think choosing a character that is not already being pushed hard thru MCU would be a lost opportunity. Spiderman is definitely riding the success of the movies.

Could change depending on what they do with xmen characters now.

Rogue is such a fun character who is underutilized in other mediums. She’d be a great lead in a game.

You can have a level based around a different mutant power. Arkane would be an amazing developer for this, Dishonoured had levels with different hooks

All in on a Daredevil game.

The Punisher and the best studio for it is The Coalition.

Wolverine made by The Coalition. Third person, heavily revolves around Stealth,

Reading all this, man I hope Xbox get a Marvel IP

The Punisher or Hulk

Give me a good Wolverine with Itagaki in charge and no Disney violence censorship.

Spider-Man. A different one.

And then after five or so years give me a multiverse Spider-Man game where we play with both Xbox and PlayStation Spider-Men, co-developed by Insomniac and a XGS studio.

Last time I checked, Mcfarlane still owns the rights to Spawn (unless something changed recently?).

Marvel does own Angela, who is now Thor’s sister. Originally appeared in a Spawn comic (I forget which one).