What Marvel/DC exclusive should Microsoft pursue to counter Sony? 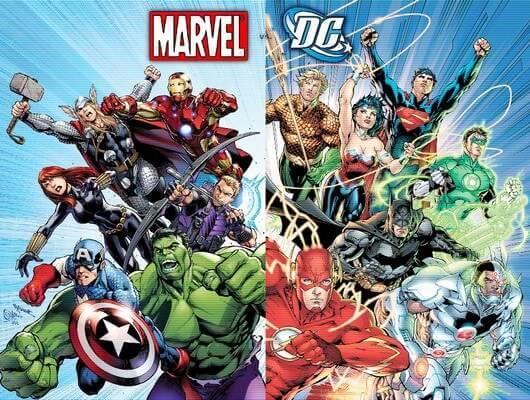 By now I’m sure you’ve seen the news about Spider-Man being exclusive to the PS4/PS5 version of Marvel’s Avengers. This is on top of the exclusive hit Spider-Man game they already make, with a standalone Miles Morales spinoff releasing in the launch window. This has caused Xbox fans to feel like they’re being left out in the dust while Sony gets all the superhero goodies. So, what should MS do to level the playing field? Should they form a partnership with Marvel or DC and enlist one of their first party studios to make a big-budget exclusive on the level of Marvel’s Spider-Man? Should they moneyhat one of the games already in development like Rocksteady’s unannounced title? Or should they just flat out acquire WB Games like some Xbox fans have wanted them to do and negotiate the rights to use the license for DC properties?

I think slinging mud is something Xbox really doesn’t need to do.

Getting WB and Batman would be a great get for Gamepass, but I don’t think Microsoft needs to focus on “countering” Sony. MS is playing their own game and trying to engage in console exclusivity wars is the exact opposite of what MS seems to be about these days.

They shouldn’t do anything. Just keep going on about their game plans. Listen…Marvel’s Avengers isnt going to be some end-all be-all video game lol.

personally, it’s a dumb decision that no platform should do, but looks like it’s the name of the game. There’s far more force behind Sony having Spidey because the character has come to be associated with that platform recently, there’s nothing of that sort on the Xbox side, anything they do is further gonna be insinuated as “lol this is just Xbox being petty”, they just can’t seem to penetrate the mindshare at the moment no matter how much they try, they should probably just keep away with these tactics and focus on getting great games (has potential for big superhero games if WB deal goes through) onto game pass day 1 without alienating the rest of the platforms as it’s just not what their ethos is about this coming generation.

None. Superhero games have traditionally been on as many consoles as possible for as many people to enjoy as possible. Even though I absolutely loved the game, locking Spider-Man behind a single platform sucks for those that can’t afford every console. Would much rather this not become a trend.

I would really like a Hulk game in the vein of Ultimate Destruction, by Crackdown devs.

Nah. What’s the point? We get to play the game if we want. Having an exclusive character isn’t happening since Sony have the marketing deal. Not sure playing tit for tat works with MS strategy. What Xbox should be doing is talking about the most powerful console, getting their marketing deals to say how much better the XSX version is. Really hammer that home. Then really aggressively promote gamepass. Show how much the console and ten games costs on PS5 vs XSX. Show that the series x is more than 5 times the value. That’s where they can really be aggressive. But they don’t seem to do such marketing and it’s a waste in my view.

If they end up getting WB and their ips batman would be the obvious answer, but to be honest if they were to make a super hero game I’d prefer it was something original and not creatively tied to the ip. For example I liked Sunset Overdrive way more than their Spiderman game hugely in part because they could just do their own thing mechanically and concept wise.

I’d rather they say “Forget the big two” and pursue an indie comic that would make a great game based on a comic like Saga, The Goon, Chew or even a good Hellboy/BPRD game. I know Fables isn’t technically indie (Vertigo is a DC Imprint) but The Wolf Among Us was easily one of Telltale’s best works and proof there’s a lot more worlds comics have beyond capes that could work as a game. Or just give Rebellion a lot of money to make the 2000 AD/Judge Dredd game they always wanted to make over another Sniper Elite/Zombie War game. MS should do something different and attention grabbing than another open world 3D Action game based on a comic because I fear its gonna get played out in the next few years when companies start making land grabs on properties.

Ideally none, this practice is anticonsumer and should be avoided.

None. Wait for the EA Star Wars license to expire and get Obsidian on KOTOR 3.

They shouldn’t do anything. Just keep going on about their game plans. Listen…Marvel’s Avengers isnt going to be some end-all be-all video game lol.

AAA Ironman game with the setting based off the first movie, where you have to make the suit from scratch and find upgrades. Have his house as the hub and a place to make new kit for the suit.

Honestly? None. Spend this money to get games into gamepass. I believe whatever Bungie is making next is gonna have some kind of marketing deal with xbox. I suspect they found their new game or get a deal for game pass. Either way Bungie wouldn’t repeat this dirty practice from the early gen and I don’t think xbox is interested in such.

Honestly? None. Spend this money to get games into gamepass. I believe whatever Bungie is making next is gonna have some kind of marketing deal with xbox. I suspect they found their new game or get a deal for game pass. Either way Bungie wouldn’t repeat this dirty practice from the early gen and I don’t think xbox is interested in such.

Agreed. Having a game on the Pass is more important than denying the game from others.

None really. Let Playstation die in their own poor choices. Keep following the xbox gameplan.

Like many have mentioned they probably shouldn’t contribute to this shitty business practice…BUT if they had to I would say Wolverine. I think Wolverine would move consoles.

Since Hulk is already in Avengers, i don’t see Xbox searching for anyone as iconic as Spider-Man for PlayStation.

DC could be the key. Lots of “green characters” to take advantage off. Heroes like Green Lantern, Green Arrow… Even Swamp Thing (and that would be something clever). Having a hero for exclusive products would be more related with Xbox iteself than what we like, and how it fits on the brand is a important question.

IDK, can’t see any Marvel heroes now (aside from someone at X-Men comics, but that is a whole different trouble to think about) being exclusive for Xbox the way Spider-Man is being used by Sony.

This a Wonder Woman game would be fire.