What is the story behind your Xbox Gamertag?

I often wonder how people come up with their Gamertags. I know some are just random and mean absolutely nothing but others have a lot of thought put into them.

My Gamertag reperesents the character Charles Bronson played in my favourite film Once Upon a Time in the West. He is a sharp shooting, Harmonica playing, man of few words (a bit like myself obviously.)

What is the story behind your unique Identifier on Xbox?

I knew then and there I’d have to pick a Gamertag that I would be happy with, and after some thought I went with Sikamikanico, all beacuase of Wayne’s World. Vinnie was my nickname through school and university so seemed like an ideal pick for my gamertag. I got that nickname from a friend (whilst in a state of let’s say altered consciousness) who was on a ramble about why did names tend to be shortened from the start, why not the end? My name is Kevin so ordinarily becomes Kev when shortened. BUT WHAT IF IT WAS VIN INSTEAD!! Vin became Vincent, Vindred and Vinnie and the last one has stuck for more than 20 years at this point. I’ve had a gamertag since the OG Xbox days but the unnumbered Vinnie tag was already taken, so I did what everyone did and added a number that meant something to me. Could have ended up as X Vinnie X I suppose

my gamertag is Junglee91. I was born in 1991 and Junglee is the Hindi word for a wild person or a person from the bush. I was a dude from the village who went to a town school and was sometimes seen as a bush dude so I decided to have that as my gamertag

My name is Javier and Im a fan of the Miami Hurricanes collegiate programs so my dad made an online nickname for me once I got interested in forums and stuff. So he took Javy which is my short nickname and added Cane from the Hurricanes and thats been it for like 18 years lol.

Mine is named after my dog. He died in 2015 but I’ve never changed it.

As a Child I have created a horror story and I named the monster Opatschi for some reason. A couple years later I used that name in Minecraft for the first time well and since then I never changed it ;p

Huge fan of A Song of Ice and Fire and needed to represent my favorite (and arguably the most interesting) character in the universe: Brynden “Bloodraven” Rivers.

In the mid '90s before Final Fantasy V had been officially translated into English, ryuukishi (“dragon knight”) was the name used in the fan translation for the dragoon/lancer class.

some friends and I had a CS:GO Clan in High School called “Bread Boys” we were called stuff like White Bread (Me), Wheat Bread, Dutch Crunch ETC, i liked the naming theme after we all stopped using it and taking the game too seriously, and I came up with Gamebread and used it ever since.

Didn’t change my gamer tag since the computer chose it for me since 2011, but if you ask me about my interest? it will be related to history. Such my nick name here is picked from this little nice book: 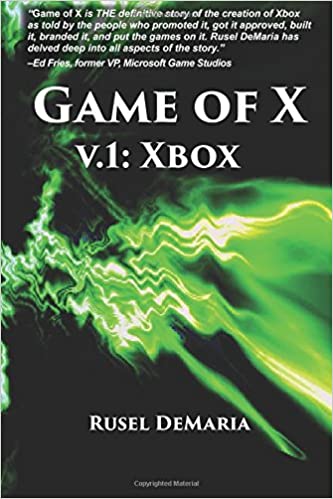 My grade schools mascot was the falcon. In 6th grade we went undefeated in basketball and we had the largest track team in the county. We won a lot of races and basket ball games.

Mine is simply the name my friends call/called me. I was a bit of an animal back in the day and people just started calling me it down my local.

Back in 2002 when XBL was launching, I thought I was a bad mutha! Today my skillz don’t back it up but it’s been my gamertag and forum name for almost 2 decades. I’ll have to get bad ass at something outside of videogames to keep justifying it. LOL

Special Ed was a character in that show.

It was taken at the time so I put an “ethno-Australian” spin on the way the name is said. To be honest if I could go back in time I’d change it, but now that it’s my name literally everywhere including places it can’t be changed, I just keep it now.

edit: Turns out, I can change it basically everywhere. I think PSN is the only one that won’t let me change without breaking stuff.

Back in the 1990’s I was looking to use Wolfer in my first ever email but, it was taken. I decided Wulfer would be much better and used the title again for by beta XBL gamertag.

My gt is BeardoA7x. Had a full beard at 16 and was really into Avenged Sevenfold at the time.

I am a Big enthusiast of AR technology. It started with Microsoft’s Hololens device.

I am know as a big fan of the device in the Hololens dev community.