What Game Will First Grace Your SeriesS/X? 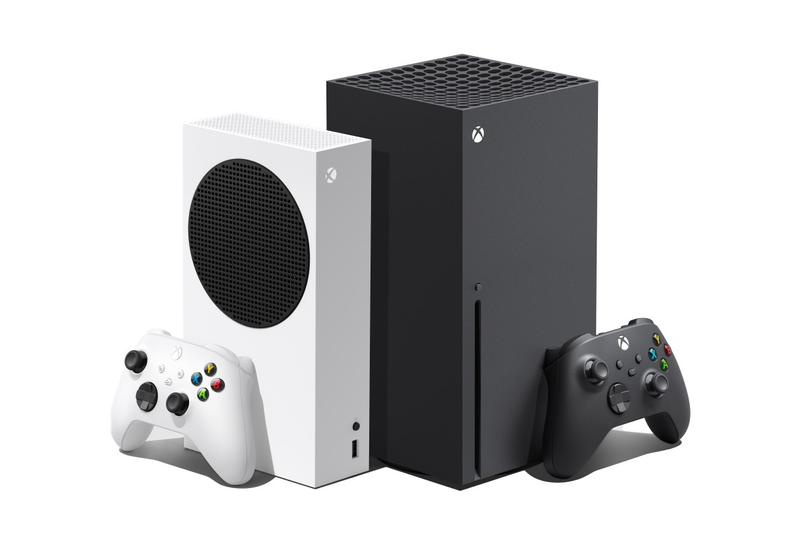 So simple question really: what are you first planning to play once you boot up that shiny new console at launch? Are you planning to play something like Watch_Dogs Legion to have a good look at next gen raytracing? Ori and the Will of the Whisps to experience 120fps fluidity? SSX3 to see what kind of enhancements the new consoles do to BC games like smart HDR? Or Gears Tactics since it’s on Gamepass and is a first party game as well as the “closest” to a next gen exclusive first party game we will get for a little while.

I for one will be going the third party route and play Watch_Dogs Legion as from the previews I have seen it seems to be one of the most impressive games graphically this fall as well as having what seems to be a good implementation of ray tracing at 4K so I believe it’ll be a good display of next gen capabilities early on even though it is a crossgen title.

It’ll probably be Forza Horizon 4. I never bought a One X, so I’m interested to see how much better that game is on the Series X. After that I’ll probably dabble in some of the launch titles.

Hmm, I think it will depend on if there’s anything extra appealing to me that’s newly-added to Game Pass. The things that are being added on or before the console launch aren’t especially appealing to me, so I’m not champing at the bit just yet but they have definitely surprised me with some cool surprise additions.

It might be Yakuza: Like a Dragon if I can manage to watch 3-5 fast enough (and play 6 on my PS4). I was holding out hope that we’d get them on Xbox during TGS! I’m looking forward to playing Doom Eternal and Cyberpunk 2077 but I think I’ll wait for the next-gen patches. I guess I could always play through Dragon Quest XI for the 3rd time

Probably gonna play Forza Horizon 4 first just to see the improvements over the Xbox One version. Then I’ll play Yakuza: Like a Dragon. I’m really excited about its release and already have it pre-ordered.

Thats a tough one…

And this is exactly why the new fast-switch feature is such an amazing feature. I’m going to be jumping from The Medium, Assassin’s Creed Valhalla, Forza Horizon 4, Cyberpunk, Gears 5 etc…

Well, my gaming plans are different than most people as Disc based games that I purchase take priority over Digital game purchases and Xbox Game Pass because I want to trade them in and get back as much credit as I can. If im buying a game digitally (AC Valhalla/Cyberpunk), im in no hurry to play them because they’re not going anywhere despite Valhalla being the #1 game I want to play for launch.

While this game releases on Friday November 13th, I will most likely be working during the week and won’t be able to play anything until the weekend anyway so this will be the game that I play first on Xbox Series X. Expecting a 10-12 hour campaign for me. One that I will enjoy but once finished, I move on to the next game.

I have gone back and forth on if I should buy Avengers on disc or digitally because of the free content roadmap but everything I see, hear and read turns me off except for the actual story campaign so I will play through that and then move on to the third game.

This will be a pretty big game. Not sure how much I will complete in this game with the story campaign being the only guarantee. All depends on how good the side content is. I love the locale and look of the game. Getting a John Wick character has me hyped. Plus, Permadeath is optional which is great because that was a huge turn off for me.

The remaining games listed below are all yet to be determined in regards to the order that I will be playing them. A few don’t have official release dates yet so im waiting on that which should be clearer by November.

The above are my gaming plans for Xbox Series X (excluding Miles Morales of course) and does not include the six main Halo entries, Wasteland 3 or The Outer Worlds which I will play via Game Pass/BC. As everyone can see, I probably have the most games that I want to play at launch than anyone else excluding past gen/backlogged titles that I just mentioned.

2021 wise, the only game that I will be buying that has an official release date is Far Cry 6 which im hoping gets delayed to late March as I will need the extra time to catch up. LMAO.

Then whatever is on Game Pass.

After that, I’ll go back to my normal procedure of mixing games from my enormous backlog (thanks BC!) and some new games. See if I can hold out for the Series X-version of Cyberpunk 2077 next year or if I cave and buy it at release…

Actually, this seems like a good place to ask since I don’t know how cool it is to bump an old topic:

Is previous Gears of War experience needed to enjoy Gears Tactics? I beat the first one about a million years ago, so I don’t remember the concept at all. I imagine there’d be character and story beats that I wouldn’t appreciate.

Assassins Creed Valhalla will be my first, alongwith Avengers.

No question asked! THE ONLY game even in consideration has to be the game of this gen. And I think anyone should know there is only one game worthy for this title which is

It’s going to be Doom Eternal. I’m currently on One S and I have Doom Eternal but I think it deserves to be played on 4K/60 fps. I can’t wait for it. I’ll also play Forza Horizon 4, Gears 5, Gears Tactics, Destiny 2, and whatever else is available to me. I’d play watchdogs and assassin’s creed but I’ll wait for some deep sale.

Yakuza - Like A Dragon will be the first game popped in the disc drive of my Series X. I love the Yakuza games and I’m curious to see what this new game is like, especially since it is taking a more RPG approach to combat and job classes. Also, I’m hoping to see some next-gen upgrades to the visuals, although I’m not expecting the game to be a showcase for the system or anything like that.

I also really want to play the Medium, but I’m not sure the game is gonna make launch day (seeing as Bloober Team hasn’t committed to a release date yet). Hopefully it’ll come out around Thanksgiving or right at the beginning of December.

Most likely, Cyberpunk 2077 and Borderlands 3.

Yakuza - Like A Dragon will be the first game popped in the disc drive of my Series X. I love the Yakuza games and I’m curious to see what this new game is like, especially since it is taking a more RPG approach to combat and job classes. Also, I’m hoping to see some next-gen upgrades to the visuals, although I’m not expecting the game to be a showcase for the system or anything like that.

I also really want to play the Medium, but I’m not sure the game is gonna make launch day (seeing as Bloober Team hasn’t committed to a release date yet). Hopefully it’ll come out around Thanksgiving or right at the beginning of December.

I’ve never played the yakuza games, I saw the trailer for the new one but it looked quite cheesy, are jrgps supposed to be like that?

Has to be Halo for me!