What are your next gen plans? 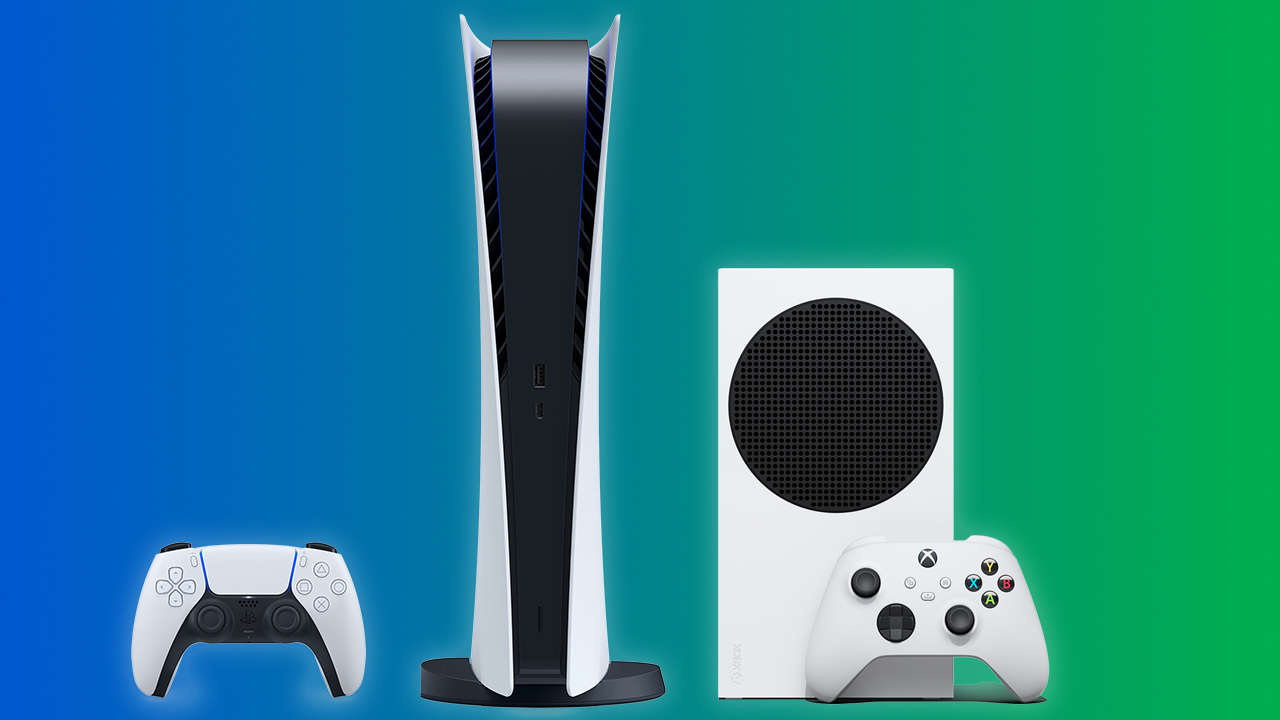 I won’t be getting the Series X this year and probably not until summer of next year. Right now the only games I’m interested in are AC Valhalla, Yakuza 7 and Cyberpunk which…surprise surprise are all on current gen. Although I would love the performance boost and also Cyber Punk won’t be getting an enhanced version right away either.

For me its looking like Switch/Xbox. I’m likely for forgo the PS5 solely because of time and especially with the 70$ price hike. Which brings me to my next point that my days of buying games at launch are pretty much over. Especially because of Game Pass but also because games tend to drop in price fairly cheap and dive straight into the bargain bin. The only except of course is Nintendo which I usually will get a game asap because I know it won’t drop in price, BOTW is still 60 bucks 3 and a half years later

The biggest if is my investment in PC Gaming. I have a decent rig and was going to buy a 2070 but am holding off. What I’ve noticed is that despite the high up front cost, PC gaming has LOADS of sales, CD keys and cheaper games that you can buy. There are a lot of games like Hades and Monster Train that I’ve been enjoying that aren’t on consoles (Hades is on Switch though) on top of Game Pass and subscriptions like Uplay+ being on PC and not consoles (at least not yet) also playing games like XCOM2 and Wasteland which I prefer to play with MKB over a controller

Have Series X pre-ordered and paid off, will pick up Valhalla, Cyberpunk, and The Ascent at or around launch for sure…others I’ll look into. Def. will lean heavy into GP as well.

Plan on picking up a PS5 down the road, maybe next Fall or sometime around then. The platform just doesn’t really interest me right now.

The Switch will continue to be my companion console and will still get a ton of use, esp. with a new Monster Hunter not too far away. If the Switch Pro launches next year, I’ll 100% pick it up.

I’ve got pre orders for both.

PS5 will be solely for exclusives due to the $70 price and may wait for price cuts.

Best Buy shipping me an XBoxSeriesX + 2 year service plan. Plan to purchase Yakuza Like a Dragon and Bright Memory,both probably digital purchases. Thats enough for me and the bloated catalogue I already have.

I may buy Assassin’s Creed Valhala later - depends on if the game has any performance issues. The industry can bite my ass if they plan to go $70.00 per game from here on out. I’ll make an exception for games at a console launch but thats where it ends. If they wanna go $70.00 here on out then fine,I’ll just stick to my plan - GamePass + XBox/Steam game sales FTW. No plans for PS5,Sony can take their games to PC if they want my interest. I have never been much of a Sony console owner,I’ve bought their last two consoles(PS3 and PS4Pro) and wound up selling them a year or two later after playing a handful of games I was curious about. I’m glad theyre bringing their games more often to PC now,saves me the trouble of buying/selling their hardware. Switch I barely use,its my Virtua Racing machine nowdays and I’m fine with that. Honestly the console was bought for Zelda and Metroid,its a shame what happened to the later game,hoping they release in on Switch and not just the new 4K upgrade thats coming.

Pre-ordered X and S alike so me and my fiancé can play together. I bought a beefy PC earlier this year so I should be good for a while. I have a Switch, not planning to buy the rumored 4K upgrade as there’s not enough games I play on it regularly anymore. If there’s solid discounts, I’d like a PS5 in 2021-2022 to complete the deal.

Have preordered both a Series X and all digital PS5. Series X will be the main box, I’ve always preferred Microsoft’s approach and I do prefer the Xbox exclusives.

I’ve picked a PS5 up solely for the exclusives that do interest me along with any games that may perform better on PS5 (that’s doubtful though).

This will be the first gen where I have picked up both on launch, last gen I picked up a PS4 on launch (Because Don Mattrick was an idiot) but got bored of that fairly quickly. The urge for Forza became too strong and I’d picked up a Xbox One by January and haven’t looked back since.

Haven’t secured a preorder on either console but the plan is to get both a PS5 and a Series X. When I get them depends on certain games release dates. I’m waiting on Halo Infinite to come out before getting the series X while with the PS5, I will be waiting for the new Ratchet and Clank to drop.

Pre-ordered an S when I couldn’t get an X, I’ll be happy to play on it until X is easily available. Depending on whether I notice much difference I might even end up waiting for an X price cut or sale.

PS5, I’ll probably go all digital. I’ll get one when at least a few games I want to play are out and a deal can be had around holidays. Likely 2022 time frame.

Edit: if there’s a Switch upgrade and it lets me play my copy of Xenoblade DE at steady 720p handheld, or substantially upgrades the experience for Metroid Prime 4 / Breath of the Wild 2, I’ll buy that too.

I have a pre-order for Series X, will grab it on launch date if everything goes smoothly with my order, and I’ll be skipping PS5 for now. I will not be dealing with 80 euros games because I will grab a PS5 later in gen, when the exclusives are cheaper.

Pre-ordered a Series X. Definitely getting Game Pass (I’ve been a PS4 guy this gen, haven’t gotten to try Game Pass yet), but am not sure what launch title(s) I’m going with. Initially was looking at Valhala, but I feel uncomfortable supporting Ubisoft right now. Debating between Yakuza and/or Control, right now.

Series S will be in February for my son’s birthday. Then the Switch Pro whenever that comes out, as we all love Nintendo games in my home.

Will skip Sony again this gen, they haven’t made games that interest me since PS2 era. I do enjoy the cinematic action genre, but they have little diversity. I’ve always liked strategy and RPG games and the recent Bethesda purchase has cemented that even further.

I’ve pre-ordered a series X. I’d like to get an S too but not a rush for that.

I’ve not got a huge interest in PS5 right now.

In terms of games I might get one of COD/ACV depending on more information about both those games. More likely to go ACV, but if COD is more like basic BLOPS2 then I’m in. IF.

But definitely getting Cyberpunk soon as it drops. With gamepass and still playing Destiny 2 and everything else that will keep me going for a long while.

We’ve got another baby coming early 2021 so guess I’ll need some relaxing games to play at night whilst trying to get it back to sleep!

I am planning to get a Series X and a 4K TV when Resident Evil 8 comes out (even if it will be cross-gen) and replace my Switch with a Switch Pro if the rumors are true next year, for now I am fully covered with One X and my Switch. Lots of games to play for the next 6-8 months plus my backlog will keep me busy.

I’ll get a PS5 when there are 5-6 exclusives that I really want to play so probably a Slim revision at some point in the future.

Pre-ordered the XSX, the higher price tags suck but I usually sell games after completing them anyway unless I want the dlc or it’s a service title.

No real interest in a PS5 as the only games I was interested in are also coming to PS4.

Actually scrub my earlier post - just saw Series S on Amazon UK (in and out of stock) and snapped it up. So Series X and S day one. Frankly this makes sense as I was buying an extra controller (which I’ve now cancelled) for my little one so basically I can in reality get the S for less than £200 (taking controller saving into account). I also won’t bother with memory expansion card since I can keep my lesser played games on the Series S upstairs.

Nothing pre-ordered right now. I was one of the unfortunate souls that got stuck in checkout hell on both BestBuy and the MS store.

In any case, I always have a great PC and the new Playstation, Nintendo, and Xbox consoles. I’ll repeat it again this generation, starting with XSX this holiday, my new PC build in January, and then PS5 when a slim revision releases (please be all black) and there are a few good exclusives on it.

What might be different about this upcoming is I might even subscribe to Luna and Stadia if they ever get some cool exclusives. I haven’t seen anything remotely enticing yet, but I imagine by mid to late gen they should have delivered a few worthwhile experiences.

I also wanted to pre-order PlayStation 5 Disc Edition but was unable to do so. Looking like Spring 2021 for me. Only game im interested in for launch is Spider Man: Miles Morales. At this point, im hoping more pre-orders go up for sale but doesn’t seem likely.

I have on order one XSX and one XSS (wanted two of these little things, but did not want to be greedy, will get another later next year). Not ordering any games, I’m good with GPU.