What Are Your Gamepass Gems?

That would be awesome!

A few of mine:

Creature in the Well

There is just too many to count old and new it awesome.

For clarity this would mean we have a bi weekly poll about all current Gamepass games right? We have to choose a favourite game we played during the last two weeks.

…rested in and/or have been following development of for a while. Like I knew or already wanted Call of the sea, crosscode, donut County, Spiritfarer, NSLT, so on. Gamepass to me in that sense simply curates all of these in one place. Even then, I loved what I got to play of Tetris Effect, so that’s one gamepass gem I’m glad I tried out. So largely, what’s left is ironically the bigger AAA games that actually makes gamepass’ proposition for me lol. Gears as a franchise was something I was completely disinterested in all these years but I figured I’d try the franchise out see for myself, and I did through Hivebusters on my gamepass Ultimate and enjoyed it and came off with excitement for Coalition’s next project and also felt like more games need to do some things it does well, so that’s cool. 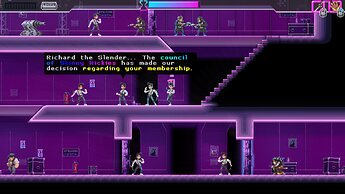 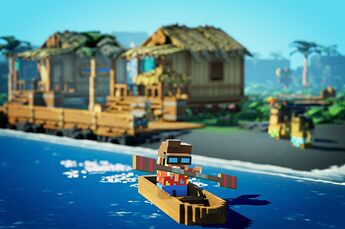 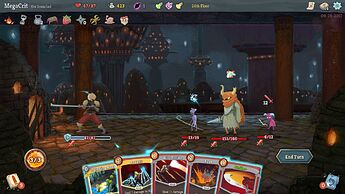 Katana Zero was phenomenal. Eagerly waiting for the DLC.

I thought the Touryst was amazing, though some of the jumping was tedious, a lovely looking unique game.

Those stupid arcade games to 100% the achievements though, hate hate hate…

Not a single mention to Children of Morta makes me sad

Not a single mention to Children of Morta makes me sad

I had been waiting years for its release, following its development, early access builds and so on. Then one day I see that the game’s already been released. Like Wtf Where’s the marketing yall?

Same happened with Below and Trine 4, excellent games but no decent marketing at all.

For me Haven comes in at number one.

Call Of the Sea, Deliver us the Moon, The Touryst, Project Winter, Killer Queen Black and Shadow Tactics are Gamepass games that really stick in the memory.

Yakuza games are obviously in there too but I would have bought them if they were not on Gamepass anyway.

Wreckfest. So fun with friends.

I owned this before it came to game pass, but never miss an opportunity to stan it. It’s one of my favorite games of all time. It’s deep, and fun, and the card art is incredible. I’ve played through it a few times, and will no doubt play through it again at some point. I’m really disappointed it didn’t do well, because this was supposed to be the first in a series.

The Touryst, Stacking, and Wreckfest stood out to me.

Biggest hitter for me is Vermintide 2. Couldn’t play the first due to 30fps. Never would have played the second. I became absorbed by vermintide 2 for weeks! Then the last update came out and my bots are now suicidal. No ranged skill anymore and they forgot how to block.

Been spending a lot of time with Dragon Quest 11 since December. Glad it’s on gamepass. It’s ok but feels a bit flat and dull even for a turn based JRPG. Not bad, not as good as I hoped.

I’ve seen a few mention Wreckfest. Are you only playing multi-player with friends? Racing against the bots became a chore quickly. Every turn on a track ended in a couple or more cars t-boning me into a guard rail while the leaders pulled away. The few 1 to 1 and free-for-alls I could play were alright, though.

I need to get in to Yakuza. Don’t know which to start with, now!

I forgot about Ruiner. Game was pretty good and I like the mindfuck at the end. Wish I would have bought it, got stuck on NG+ and then it left the service and I haven’t played it since.

Wasteland 3, getting the itch to play it again. Great game.

Forza Horizon 4. Possibly the best arcade racing game ever. Wish I knew a way to delete my save and start over from scratch but every time I delete my save it just loads my save from the cloud.

Streets of Rage 4 though I never beat the final stage. Another one I should get back into.

Kingdom Come Deliverance is the only game I’ve bought before it left but I never finished it.

Rime Deliver Us the Moon Call of the Sea

Not sure if Rime is still on XGP but it was a cool little gem.