What Activision-Blizzard-Sierra IP do you want to see revived most? 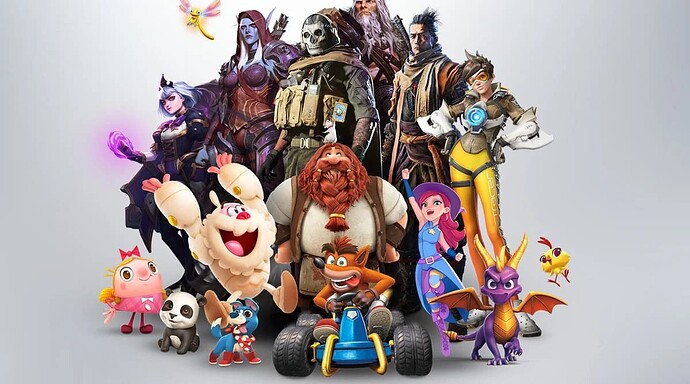 Phil Spencer has shown a desire to revive old Activision IP. With the CoD mines cleared, there will be more chances to revive IPs. What would you like to see? (I have omitted Crash and Tony Hawk as they were recently revived and I think there’s a strong chance we see a return, even with VV in limbo under Blizzard ATM. Also no Tenchu as From owns the rights to that now. I did include Spyro though)

And let’s get Beenox to work on some cross IP party games, eh?

Obviously, as Warcraft III is my favourite game of all time, I chose that one.

But, a new Caesar game would be great. I love city builders, and we’ve seen some interesting concepts on city builders from independent developers recently. On Steam you have games such as Banished and Dawn of Man. And obviously in the modern day genre Cities Skylines is the one to beat (and Simcity is another big IP).

But, an ancient Rome city building game would be cool. Though I suspect the licensing could be a nightmare. And obviously Microsoft doesn’t really have a reason to make such a game due to a small potential audience, the difficulties bringing it to console and there being no internal studio with expertise on the genre.

Please bring back King’s Quest (again). My early childhood! Also, we need another Starcraft and Warcraft RTS. Dumped so many hours into those and BGH is still the king.

So many great options, but Heretic/Hexxen gets my vote. A modern take on that series could be amazing.

True Crime is the only one that really matters

Where is Gariel Knight?

Pretty much why Im excited is the bottom part lol. From a current games perspective Activision does little for me besides not paying for CoD (which I havent bothered since the 360) and Spyro.

The only correct answer is Blur

Funny how that works. Activision/Blizzard has a lot more IP I’m interested in than the Bethesda acquisition. That one didn’t do much for me personally.

Funny how that works. Activision/Blizzard has a lot more IP I’m interested in than the Bethesda acquisition. That one didn’t do much for me personally.

I think that points to the big plan, something for everyone.

It was between Pitfall & Blackthorne and I chose Pitfall.

River Raid. first game I ever played on the 2600 at home, loved it so much as a kid.

Blackthorne is #1 for sure.

After that it’s trickier… Lost Vikings is up there, as is Gabriel Knight, and Police Quest and King’s Quest, and the idea of bringing back Zork kind of tickles me.

Why is Spyro considered dead? They released a game in 2018.