What About The Future Of Xbox Excites You? 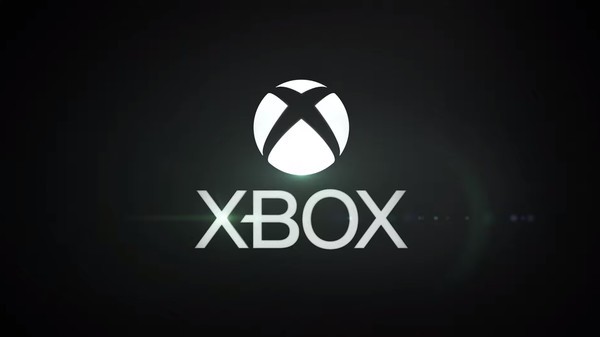 If you’re on this forum you are likely a fan of Xbox, it’s okay if you’re not!

But if you are a fan of Xbox, I wonder what you’re looking forward to.

What are you excited about for the next decade of Xbox? Is it the First Party exclusives? Is it the console itself? Is it Gamepass? Why are you investing into the ecosystem.

Game Pass. It’s already changed my gaming habits and if it continues to grow and improve then i can’t imagine how much better it’ll be

Japanese support. The past 2 years have seen a lot or Japanese games come over to Xbox. In 2016 if you told me we’d be getting the classic Final Fantasy games, Yakuza and Dragon Quest I’d never have believed you.

Xbox first party studios. On paper it’s strongest it’s ever been and I can’t wait to see what comes of it. Rare is making a comeback. Halo is returning to it’s roots and Playground is bringing back Fable. Obsidians new RPG seems so ambitious and we still have so much more to look forward to after that.

Here’s one thing I’m worried about. The sales/popularity of the Series X. There’s been a lot of polls done about which console people wre buying and the PS5 always seems to win by a landslide. In the 360 era it felt like Xbox was just as big a player as Playstation (In North America and Western Europe). But it’s lost so much of it’s userbase since then. If Series X sells less than the Xbox One what does that mean for the future of Xbox consoles?

Yes, these! And being able to play them on Game Pass!

The growth of gamepass, i think gamepass has changed the way i look at purchasing games permanently

The Xbox Series X and the opportunities it provides to developers. I want all of the next gen marketing points to be right and I want to have new experiences that would never be possible on current gen hardware. I hope to fall in love with new franchises and see the medium mature in ways I didn’t see coming.

Those are my top three reasons. Future is very bright and im the most hyped for XBOX that I have been in almost a decade.

Is it November yet???

You stole my answer.

Original xbox introduced me to western RPGs as a kid through their PC ports. To see Xbox focusing on this again brings me so much excitement, its unreal.

Gamepass, xCloud, Xbox Series X … and for sure Xbox Game Studios … love Franchises like Gears, Forza, Fable, Ori and so on and can’t wait to see what the Studios will bring up with such powerful next gen tools

Primarily I am excited to have a constant stream of new things to try in Game Pass from the first party. I have really fallen in love with the ability to try new things and broaden my gaming tastes.

In terms of the specific games, Avowed, Fable, Senua 2 and Halo have me very excited.

I will like to see Microsoft to be recognized for its leadership of Xbox as a success story this generation than its previous generation back in 2013.

Meaning I would like for the Xbox brand to be known truly as a global console not only an American console as some only see it as.

Lastly, I want a balance of Single Player and Multiplayer games being created. Not one demographic over shadowing over- that way there really is something for everyone.

I’m excited for the eventual megaton announcement of a major 3rd Party release from a large publisher to hit GP on day 1.

Also, I’m excited that Xbox has a future considering how things were looking earlier in the generation.

In addition to Gamepass, the XCloud really interests me a lot and I can see MS leveraging even more the Cloud Azure server tech for the remaining part of XSX lifecycle.

The power of the cloud coming to reality.

In the future we’ll see more demanding games with graphics like MS Flight Simulator thanks to Azure servers. Would be crazy mindblowing.

What if the XSX had a cloud SOC (System On Chip) not disclosed yet based on a MCM (Multi Chip Module)…Just imagine what it could be really capable of.

From seeing the July show and the tweets it seems like Xbox wants to be the Home for single player RPGs I’m very excited by that aspect Finally a competition to bethesda softworks, Plus all of them being on gamepass is a good bonus on top

Not to discount other studios but Inxile, Obsidian and Playground for some RPG goodness!

The power of series X - I will play a lot of multiplats so that is important to me.

Gamepass goodness - look at the huge variety of stuff coming to gamepass. It’s crazy and for someone who wants to dabble in a lot of games it’s heaven.

High framerates. It’s tough to go back to 30fps.

Their first party studio lineup and their focus on big RPG’s after all these years of not getting any first party wise.

Also to see what their publishing division has as well this gen with the expansion/increasing of funding for that as well.

Gamepass as well itself and hoping that one day and it being soon they can fix up the problems with the xbox app/windows store.

Short term: Game Pass and how MS will make it grow (the future of xCloud, new deals with other publishers, etc.)

Longer term: their big guns like Fable, Avowed, the large inXile project and possibly the Initiative’s game (curious about this one). These are all a few years away apparently, but they check all the right boxes for me (at least the only ones we currently know of - Fable and Avowed).