The current achievements system is outdated

As someone with over 200,000 gamerscore I find myself disappointed with the current Achievements system 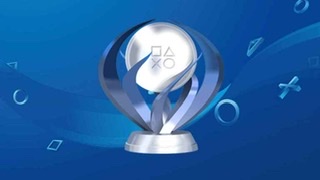 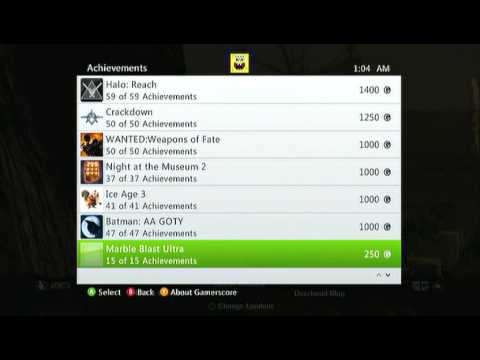 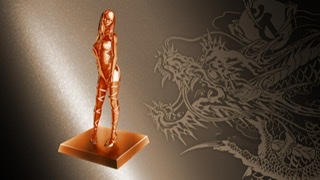 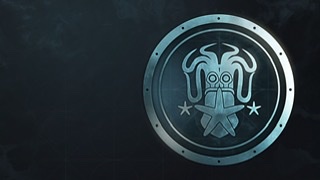 I know achievement hunting is a niche but i feel like its long overdue to get some more features added to them.

Yeah I prefer the trophy system overall. My issue with trophies is that they levelling is stupid.

I have 25 Platinums and I’m level 16. Yet I’ve seen people on level 17 with no Platinums. A Platinum should automatically gain a level.

I’m an achievement hunter myself and I would love to have something like a badge on my gamepage. The best thing would a integration of trueachievement. TA score shows the value of your achievements + separate dlc achievement list.

They tried to do another type of achievement system early in the Gen with Challenges… And Iirc, @Jez talked about a Career system that MS was working on but never got totally greenlit (but some features of it are coming or came)

I’m an achievement hunter myself and I would love to have something like a badge on my gamepage. The best thing would a integration of trueachievement. TA score shows the value of your achievements + separate dlc achievement list.

True achievements is awesome. It has almost every kind of stat an achievement hunter would want. I wish Microsoft would implement those things.

I agree the system seems stale. I do wish they would add to it and/or add a leveling system similar to what Playstation does. I’ve been hoping for years Steam would add something meaningful to their achievement system as well, but I don’t think Valve cares at all. I know MS added the Diamond to indicate “Rare” achievements, but that doesn’t really add anything overall to your score.

I personally think every platform should adopt a mixture of all systems. Xbox should add a tiered system to achievements to indicate rarity similar to Playstation trophies and also add in a leveling system. And I think Playstaion should add a point value similar to Xbox.

What I would really like to see however is some sort of integration with a site like TrueAchievements or Exophase so I could have an overall “Gamerscore” without the need to actually visit a site on a separate browser/platform.

I’m sure this all sounds silly to people who don’t care about achievements, but I really enjoy them and find that they add a 2nd layer of fun to games that I enjoy. It’s the meta game inside the game.

My only criticism is the achievement pictures. They suck. Give me icons!

I’ve had Xbox Live since 2004 (I think), a while, and I’ve just recently ticked over 50k achievement score… does anyone else have worse gamerscore per year ratio than me?

I’ve never really cared for them personally but was always excited by talk of changes to the system to include something like a Xbox “career” which have never really come to anything… I also think that the PlayStation platinum trophy system is good and Xbox could really do with something similar.

That being said, after getting the full 4000gs in gears 4 and maxing out around 125 games, I just play games till I beat them or get bored (end game content usually)

I’ll go for the completion for a game if I’m enjoying it and still having fun.

Some games it adds extra replay value for me, or a fun new way to play the game.

If it feels like I chore, or I get bored or feel burnt out, I won’t pursue the achievements, because all I will end up doing is ruining a hobby that I enjoy.

Edit: also I think I’m the only person who never did Avatar. And I think my younger brother is the only person in the world to actually beat the Avavar game and NOT get the full 1000gs haha

With any DLC that brings new achievements I wish they’d implement some type of tiered system so that the DLC doesn’t bring down your perfect or close to perfect gamer score for the original game (Not that I have any 1000’s).

The achievement art generally sucks too.

Never get rid of the sound that pops when you unlock one though please and thank you.

Yep, it’s time for an update to the achievement system. I would really like something for completed games, like the Platinum Trophy on PS or the badge we got on 360. A levelling system of some kind would also be nice, perhaps with rewards even… I like seeing my numbers go up, and in that regard I definitely prefer Achievements over Trophies though.

And, like others have said, separate lists for DLC.

Completely agree. This system needs a deep overhaul, starting with separating the base game from dlcs and adding some kind of badge for our completed games. I would love to see a rank system with unlockables (avatar itens, game themes, etc.). Btw the last update on preview made it worse as it removed the Achievements tab from guide just to bring a new tab called “Game” where achievements is just a feature inside. I keep posting that in the rediit preview site, hope they hear and enhachnce the system for the next gen consoles at some point.

I’m more of a completionist than anything else, and I really dislike how DLC can “ruin” my 100%.

I’d also love the option to view hidden achievements (unless that exists and I just don’t know it).

Trophy system is by far superior. I made a new Xbox Account with the start of this current gen and “lost” around 100k worth of Gamerscore from Day1 360 until the end of the gen but ultimately did not care about the lost progress because achievements are kinda meaningless.

I enjoy the Platinum hunt although I only chase them on certain selected games.

Achievements should be rebooted with XSX, maybe even in a fun and different way.

You can brag about those rare 0,01% achievements if you like.

But I prefer Platinum Trophy overall.

As someone very metric motivated I definitely prefer achievements to trophies. But I think some of the hardest achievements or getting 1000/1000 should be marked in some way - maybe some desktop or avatar art etc…

You can brag about those rare 0,01% achievements if you like.

Free to play/games with gold and game pass makes achievements more rare than they should be. Seems like most achievements are rare.

I wish there was some form of perk system tied into achievements. There kinda is through Game Pass and MS Rewards, though, not to my knowledge outside of that avenue.