The current achievements system is outdated

Sure, Achievements seemed to be devalued, its not the 1000G for all games tho. Once they opened the floodgates for mostly everyone and their mother to publish on the normal storefront is the issue. Be glad we don’t have multiple region stacks like PSN has.

The achievement system as a platform is ok. What sites like trueachievements with their tracking, community events etc. do is the awesome part.

I agree that it does need that equivalent to a platinum trophy.

If I have 10 games with 100/1000 Gamerscore and 1 with 1000/1000 to everyone else I just have 2000 gamerscore and that’s it… it doesn’t show I completely maxed out a game and did some actual difficult achievements and therefore it doesn’t give me that sense of achievement as it would if I were to receive some sort of trophy/badge.

…emoved because of a new DLC, which often requires you to pay. Happened to me with GTA V which for anyone who knows, takes anywhere from 80-100 hours to 1000G.

1920x1080 achievements pictures suck. Maybe I’m the only person who cares but i miss the 360 achievement pictures (PS4 and steam still uses them) I hate how uninspired the achievement art is and 99% of games dont bother to use unique art for each achievement.

I know achievement hunting is a niche but i feel like its long overdue to get some more features added to them.

I though there was a plan to convert the gamerscore into money without devaluing it, allowing players to buy specific things on a special store like DLCs, skins, gift cards etc. Would be a nice feature to entice people play games.

They tried to do another type of achievement system early in the Gen with Challenges… And Iirc, @Jez talked about a Career system that MS was working on but never got totally greenlit (but some features of it are coming or came)

Yep, it’s time for an update to the achievement system. I would really like something for completed games, like the Platinum Trophy on PS or the badge we got on 360. A levelling system of some kind would also be nice, perhaps with rewards even…

Speaking as someone who came from PS to Xbox this generation, I couldn’t disagree more. The leveling system is imaterial and abstract. What does it mean to be level 15? How many trophies do you need to reach level 16? What do you get when you get there? The trophy system is meaningless because it’s not possible to make a direct comparison between users, and any leveling is some mathematical formula running behind the scenes.

What counts? Platinum trophies, total number of trophies? What if someone has been playing for years, but never bothered completing any games and another person only played one game and got a Platinum for it? Well, who’s ahead?

The gamerscore system is the best, because we can instanly compare and know who is ahead and who isn’t. Leveling? What for?

The only improvements I’d add is separate lists for DLCs, and some sort of completed games tracking.

Trophy system is by far superior. I made a new Xbox Account with the start of this current gen and “lost” around 100k worth of Gamerscore from Day1 360 until the end of the gen but ultimately did not care about the lost progress because achievements are kinda meaningless.

Then answer the questions above. You can’t, because the trophy system is not designed for comparing users.

I love achievements but definitely think they can be improved on. I’d like to see an equivalent to the platinum trophy.

I’d like to see them add something like platinum and gold medals, platinum for earning all the gamerscore and gold for earning the original 1000 but it doesn’t really matter what they call them, I just want to see something that shows how many games someone has completed next to their gamerscore on their profile.

It should be improved. You need to post your ideas over at the xboxinsiders reddit where they take requests. Diamond for rare achievements was a good first step, but nothing since then. There should be some kind of flair or stats for “Completed Games” and DLC should be separate from the main game.

I’d like to see more badges available for our gamer profiles as well.

I actually disagree with the Platinum trophy bit. I feel like it turns the entire system into a focus around the Platinum only. When so many trophies and achievements are just time wasting bloat I’d really rather the singular measure not be around whether or not you have Platinum.

That’s not to say the achievement system can’t or shouldn’t be improved. There’s definitely room but i like it far more than trophies.

Then answer the questions above. You can’t, because the trophy system is not designed for comparing users.

I don’t think I ever mentioned copying the levelsystem as it is on PS, I said “a levelling system of some kind” .

I had 129 platinum trophies when I used to play on PlayStation and now I have around 120,000 gamerscore on Xbox. And I particularly prefer the trophy system, which pains me because I have no intent to go back to PlayStation.

I mean, look at this: 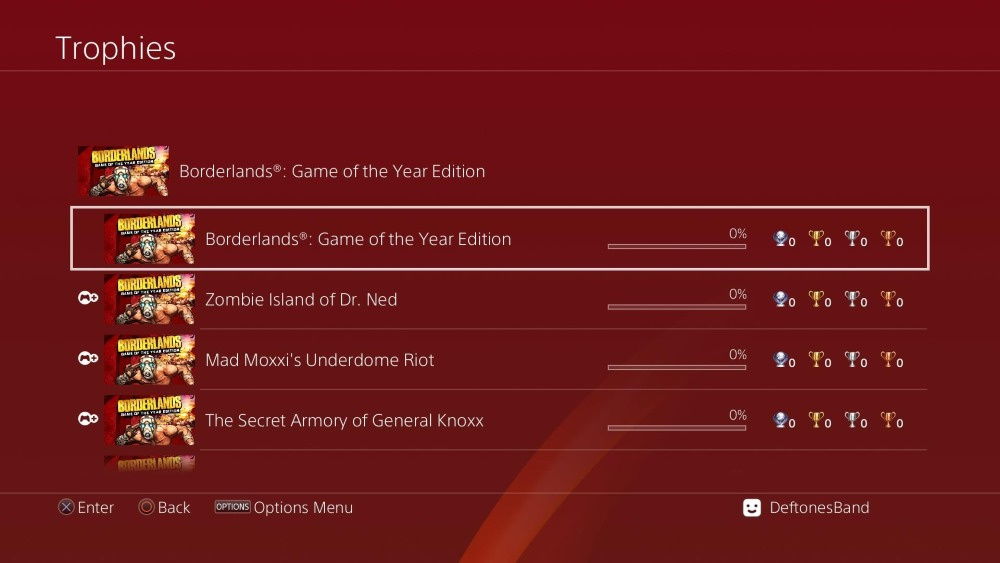 It amazes me how Microsoft manages to make hundreds of 360 games work on Xbox One but still can’t separate the DLC achievements lists from the base game.

Yeah I agree with everything discussed here. On 360 you at least had the number of 100% games shown next to your profile/gamer score. They should absolutely give you a badge for completing a game and should be something accessible or visible on profiles.

Why do we not have a “Platinum trophy” equivalent on Xbox? Gamerscore feels like an outdated idea now. Anyone who plays a lot of games is bound to have a high gamerscore whether it’s intentional or not. A stat that’s more interesting and more fun to brag about is how many games you’ve completed/got 1000G in.

I want this. Give me a special toast and icon when I get the 1000G for a game. A platinum trophy equivalent.

Agreed on all counts.

I do think the way the achievements feed directly into the rewards is working very well, but there needs to be something tangible for completionists as well, a trophy, a badge or reward points … anything really that acknowledges how many games you’ve completed.

If there are any insiders here, their leveling up system is a good idea I think? Maybe offer deeper discounts for players with more completed games? There is a lot they can offer that would be meaningful here.

Also seconded for separating DLC from base game. Surely that can’t be a hard thing to execute. 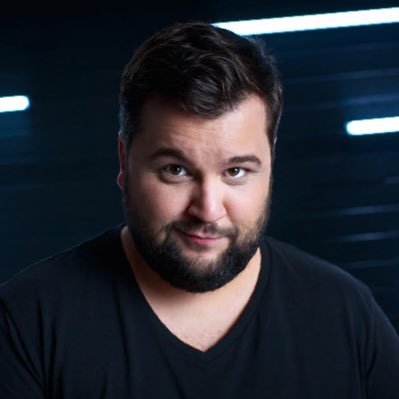 Dear @Xbox, We need your help making achievements great again. Gamerscore has become inflated, and lost the spark it once had. We need new features, like completions, sorting DLC packs, and developers need to be encouraged to create fun and exciting achievement lists. 🙏🏻 twitter.com/PMaka1991/stat…

His statistics prove just how devalued gamerscore is. Maka would know better than anybody.

I agree with you on all points, especially the first point. I’ve often wondered why we don’t have some sort of platinum trophy…