Maybe they are also using fortune tellers on platform decisions

Why are so many Square games skipping Xbox, and what can Xbox do to address this issue?

I think most of it has to do with risk assessment and how likely they think a certain game would be a success on Xbox. It explains why they are willing to put a game like Crisis Core: Final Fantasy 7 on Xbox but not Tactics Ogre Reborn. The former has the name recognition that they likely believe will bring success, even on a non-Japanese centric platform, where they likely think the latter would be ignored due to the lack of brand recognition. Remember, the vast, vast, vast amount of gamers don’t pay too much attention to developers and publishes but they know game names. Those of us on message boards, forums, discord channels, social media, etc. that discuss publisher relationships and such are in the minority when looking at the 200+ million console gamers.

Not sure what can be done that isn’t already being done. Didn’t Xbox open an office in Japan? Maybe they need to be more involved? Hopefully the Series S continues to sell well enough in Japan so that the Xbox mindshare increases in the region. Maybe for games like this, Square would have ported it if the game was approved for Gamepass to help circumvent the recognition issue?

Japanese support on Xbox is a multi-level issue that isn’t just a problem with SE unfortunately. There’s a reason why it took so long to get the Persona games on Xbox. The brand just doesn’t have the install base and mindshare in the region. So the people at Xbox have to work 2-3x as hard to be part of the conversation.

Theres no way Sony make deal with SE that involves games on Swtich and not Xbox. Thats a new low even for Sony. Also Sony don’t benefit from having games released on Switch. If they pay for Exclusivity they’d want it on their console and not switch. This is SE decision and them being lazy

This is just a backwards step from SE and more evident theyre trying to butter up to sony by avoiding xbox.

Pretty sure that’s not how any of this works. Developers aren’t lazy and most businesses don’t sabotage potential deals and relationships to “butter up” with another company without reason.

Saw a tweet the other day by SE where they said 20 years of amazing partnership with Xbox.

Yeah sorry, I would say a very weird and inconsistent as fuck partnership.

Their mainline final fantasy games are tbh. Nintendo has xenoblade which is better imo. But squares small 2d hd games are very good.

Think I’ll be getting a steam deck and enjoying all of their 2d re releases that way. To be honest I was about to order Tactics Ogre on switch from the SE shop as I prefer physical on switch since I don’t trust Nintendo anymore with digital downloads support, and the physical game, with shipping to Canada is like 90$ US!!! How can such a simple remaster can be that expensive!!! Noticed on Steam brand new it’s 66$ Canadian, and they are really expecting to see a lot of copies that way? No wonder they don’t release on Xbox, I’m even surprised people on other platforms would pay that much for old games to be honest, as good as they are. Thank god for my everdrive!

Maybe they are also using fortune tellers on platform decisions 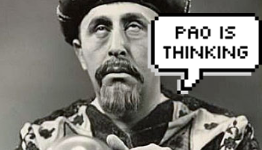 Square Enix moved headquarters based on advice from a fortune teller named...

Square Enix was previously based in Tokyo's Meguro ward, but the company moved to Shinjuku in 2004. Famed composer and former employee Nobuo Uematsu previously claimed the move was spurred by a fortune teller's prediction. '[Square Enix CEO and...

Phil: “Do you want to see some magic?” releases FF games on all the platform and it starts to bring money
Square Enix: “Ohhhh”

In truth, even with all the skips, Square Enix is one of the biggest supporters of JRPGs on Xbox…

Is there any other JP publisher who put out 5 JRPGs on Xbox, hell, 5 games on Xbox in a single year? The quality of some of these are dubious but that is not the point.

I know there’s frustrations but I wanted to talk about what I think are some overreactions.

Is there any other JP publisher who put out 5 JRPGs on Xbox, hell, 5 games on Xbox in a single year?

I am not sure if you can call Square Enix Xbox supporter if it is doing a regular job of a third party publisher there. They release a lot of games though. A lot of it is a junk though.

Which is ironically not thanks to Square Enix

In truth, even with all the skips, Square Enix is one of the biggest supporters of JRPGs on Xbox…

But seriously SE is the only publisher who’s focused on JRPGs. The other one would be NIS.

I’m not too sure about DQ. At this point Dragon Quest 10 offline will skip Xbox.

I’m not too sure about DQ. At this point Dragon Quest 10 offline will skip Xbox.

It’s probably because it’s not coming out in the West. Which is something I want Xbox to work on; Getting Japanese games even if they are not releasing in the West. But DQXII will release in the West and I think it will be fully multiplat including Xbox.

We simply don’t know. I think there are many different teams at Square with some trying to incorporate Xbox and some dismissing it. The Mana team has never touched Xbox before it seems like, and the SaGa team… well they did release Romancing SaGa 2 and 3 but perhaps didn’t get good results I guess.

DQX offline may as well skip everything.

They still make a few good games but their PS1 output is unmatched by current day Square. Its also funny how people will point out how most of Rare’s talent from the 90’s left the company, when pretty much the same can be said of Square.