Sony could go BIG at TGA, and Xbox HAS to do the same AKA I'm going crazy without news 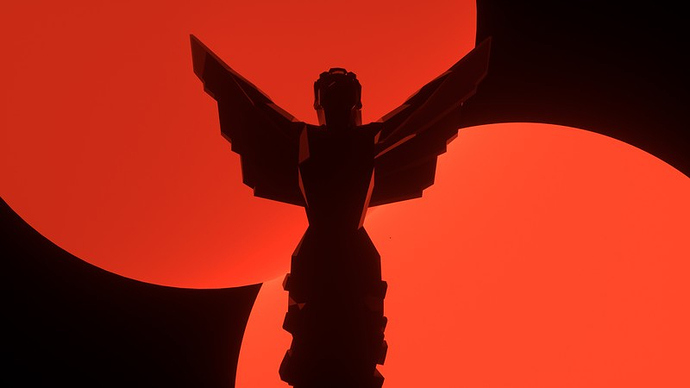 We have no idea what to expect at the TGAs from either Sony or Microsoft.

Look, probably very few people outside of TGA staff know what’s going to be at the TGAs for any company. However, I know SOME of us have been a little mopey and down in the dumps lately, and I don’t think the possibility having a Sony centric TGA is going to help anything.

If Perfect Dark exists and is polarizing as some say, and then Sony shows Metal Gear, Silent Hill and God of War, it’s gonna be a rough night. I want some people to prepare for this because the short rest of 2020 will be unbearable everywhere. OtherERA, Twitter, Facebook, Forbes… Everything will be rough.

Not to mention that Jason S probably has an article on 343 Industries coming out sometime the week of the TGAs which I sure will be used as cudgel.

I’m no one for Toxic Optimism or Doom posting. I’m just say this is probably the last full “busy” week of 2020 (I think tons of places start closing down for the year towards the end of the 16th/17th), so it could be a little one-sided.

Yes I am the “it’s been a week no doomposting” guy, but I also gotta say outside XboxEra can really get a person. I try to ignore it all I really do, but man it really does creep into the back of your skull. I hope TGA brings lots of awesome announcements for Xbox.

Yes there is a “Rubber-Banding” to VIdeo Games news, but man I want SOMETHING. Yes I am excitied for what Perfect Dark could be and how it could reshape AAA games, but I want something more than that.

Our last big piece of news was the Zenimax deal. Since then the console has launched, each comparison between consoles kills me a little inside, not because they’re close but because I have to fucking hear about it everywhere. I lurk OtherEra and damn, every day it’s something, even though I filter Twitter everyday is something.

I’m not doomposting or dooming, but man, something has got me in a funk, and if this PlayStation heavy TGA is true, and Xbox doesn’t bring something, well I’m still gonna love my Series X, but MAN… You know. It’s like can’t Series X catch a break or something?

I don’t know. I think trying to ignore console war bullshit yet somehow still getting it thrown at me is really starting to harsh my buzz man.

Not really expecting anything “major”. If anything, I see both Microsoft and Sony holding their major announcements for their own showcases in 2021.

Eh, having survived the past generation I don’t think anything coming is even in the same ballpark. As for the Sony-cultists, you just have to remember that people being that fanatical probably doesn’t have very much else going for them in life. Take pity on the fools.

Fam don’t worry, absolutely no one will have time to give a shit about these, most will be invested in CP2077, it’s gonna be a cultural event of sorts that shall pervade every forum and website and suck the air out of whatever else people are drawing their pitchforks over. The reason why all the doom and gloom was posted recently because xbox didn’t have enough first party content at launch and relying too heavily on third party created an expectation problem when the other console was doing better. But on 10th and onwards for a good duration, absolutely no one will have time to pay attention nor effort into fanboy shit and concern trolling and doomposting. Gamepass for example is having a phenomenal month, with one of the most revered franchises coming to xbox for the first time, a GOTY contendor and winner for some last year, a bunch of really cool first day releases like Call of the Sea, Unto the End, etc, just keep busy with those and let xbox have its pace. I’m sure we shall see something at least, but it’s hard to expect a lot from them due to their very late investment into first party growth compounded by Halo not having a good showing and most of all, covid fucking everything up.

It’ll be fine. Although it’d definitely be disappointing if they show fuck all and settle on Gears 5 DLC at the max. But I think we can afford some confidence that there shall be more at least.

Eh, having survived the past generation I don’t think anything coming is even in the same ballpark. As for the Sony-cultists, you just have to remember that people being that fanatical probably doesn’t have very much else going for them in life. Take pity on the fools.

They’ll tweet on their tweeters! They sing on their Tik Tokers! They’ll say that their victory is sweeter! They’ll celebrate with aging alt-rockers!

Eh, I don’t see all that happening. Maybe one of those, but all? Nah, I think Sony would rather just reserve them for their own State of Play. And even then, I won’t really give that much of a shit, because I’ll just be invested in my massive backlog. Still think Xbox is in a good position, whatever Sony does will not have any effect on me. Though it will probably be annoying having to deal with others if this is the case (which I don’t believe).

As always with all these shows…for me it’s zero hype, zero expectations.

Disappointments can’t happen that way. We know the studios are hard at work on very promising games and all we can do is hope that MS realizes showing something substantial, not only CG material will help build up hype and excitement.

Next week is literally cyberpunk week. It’s the biggest game release in years arguably a decade. Gamers will be playing that not worrying about some two bob award show.

Seriously gaming is a hobby it’s fun. Stop being fearful of morons online having something else to shout about. Just ignore them.

What’s so rough about some great games coming out and being revealed?

What’s the point to discuss here?

What’s so rough about some great games coming out and being revealed?

What’s the point to discuss here?

Also, why isn’t this just part of the existing TGA thread?

It is not that serious

You know if console revenue, sales numbers, metacritic list wars, gaming lineups, etc… are your thing instead of you know, playing the actual games, then you should probably be playing fantasy football or basketball instead.

This “fantasy gaming console” competition is the lamest of all the fantasy sports.

They’ll tweet on their tweeters! They sing on their Tik Tokers! They’ll say that their victory is sweeter! They’ll celebrate with aging alt-rockers!

if this annoys you so much, which i totally understand, then have to mute and prune your twitter/youtube/social media feed. I almost see nothing of this nonsense.

If MGS remake is a PS5 exclusive that would be heartbreaking. If it exists …

I for one, don’t care about this awards or Geoff, all xbox fans are aware that Geoff is not interested in anything from Xbox.

The only thing that I don’t understand is why Microsoft is willing to spend any resources in a show produced by a guy who prefers Playstation IP’s and has clearly shown an absolute lack of interest in Xbox, it’s IP’s and any offering from Xbox game studios

I expect PS to pay for a bunch of exclusivity and MS to be largely silent. The problem is I don’t care about MGS, souls games, or jrpg’s therefore most of their money hats haven’t influenced me yet. Mostly I just expect nothing from Xbox until 2022 at this point.

I for one, don’t care about this awards or Geoff, all xbox fans are aware that Geoff is not interested in anything from Xbox.

The only thing that I don’t understand is why Microsoft is willing to spend any resources in a show produced by a guy who prefers Playstation IP’s and has clearly shown an absolute lack of interest in Xbox, it’s IP’s and any offering from Xbox game studios

Because it’s one of the biggest gaming events of the year…?

I haven’t watched the VGAs in ages. Pretty much all I care about are the game reveals and those can be viewed on YouTube after the show. Posters have already mentioned Cyberpunk being out by then and all that but mostly I just have no faith in anything Sony "insiders " have to say.

Now if this is coming from a Jez, Rand or a Jeff Grubb its different, but some Twitter/forum randos 9 times out of 10 don’t really know anything. Also after last year’s VGA surprise, I don’t think anyone should underestimate any potential bombs dropped by the Xbox division.