So....who's going all digital next gen? 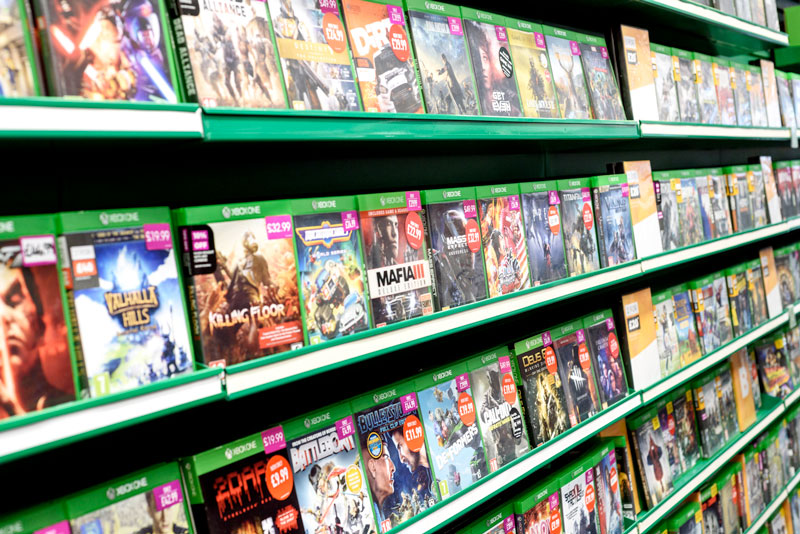 Its nice to be able to just switch between games on the fly and the quick resume feature on the Series X is going to amaze-balls. That being said, digital games are usually expensive, can’t buy them second hand and can’t trade them in.

I started the generation by buying physical copies, but I will end it by being full digital. With Game Pass, it is a no brainer for me, and the next generation is going to be even more interesting on that point.

I started the generation by buying physical copies, but I will end it by being full digital. With Game Pass, it is a no brainer for me, and the next generation is going to be even more interesting on that point.

I’ve been all digital since basically the beginning of this generation.

I don’t live in a country that allows me to buy physical games immediately when I want it , along with planning to move countries some time in the next few years and not wanting to deal with moving too much stuff . In addition to that have primarily shifted most xbox usage to gamepass and gamesharing with a partner .

A point that’s missed a lot. I still feel companies should be punished for selling wasteful physical games cheaper. A plastic tax.

I’ve basically gone full digital in 2013 and never looked back. I only bought a couple of interesting physical Collector’s Editions like Dark Souls 3 and a few others.

Next gen I’ll go full digital on all systems, apart from selected CE’s.

I’ve been all digital for years, I game share and share my GPU with my kids and plan to continue doing so.

I’m all digital now but have so many physical copies and as long as there is an option and backwards compatibility, I’ll opt for the system with the drive.

Shouldn’t it be: “Who went already all digital this gen”?

I’m already all digital. The only physical games I have was a launch game that came with the console.

After breaking Halo 5, Gears 4, and Bloodborne, I’ll definitely be going all digital next gen.

I’m already mostly digital except for sports games or if there is a pre-order special for physical games.

The last physical game I bought was Titanfall.

Hell, I’ve been 100% digital since the Xbox One X came out. It’s easy to want to go all-digital when a platform holder respects your purchases the way Microsoft has.

Not even going to look over my documents in regards to Disc / Digital because outside of digital only games (Ruiner, Alienation, etc.), the vast majority of my purchases were on Disc but I had a bad habit of wanting to play DLC/expansions so I would buy the same game that I already completed later on digitally or buying games I already completed with no intention on ever replaying them. My day one digital purchases for games that were available on disc is literally five games (Darksiders Genesis, FF7R, Trials of Mana, TLOUP2 and Ghost of Tsushima) and only because of the situation this year.

Going into next generation, games that im 100% all in on like AC Valhalla and Cyberpunk 2077, I will buy them digitally because I know im going to buy the game again later on for the expansions so instead, im just going to buy them digitally day one. For games that im not 100% all in on like Watch Dogs Legion and The Avengers, my plan is simple - buy, play, complete and trade in. I spent way too much money on gaming this current generation and even a decent amount the previous generation so simply, im going in a different direction which is as follows -

So that’s basically my plan for next generation. Over the last two generations, I spent way too much money on disc and digital game purchases despite already beating the game with no intention on replaying or buying digital games that I didn’t play at all or quit very early on. In other words, play time is over. No more messing around.

Already there and will never go back

So interesting fact, I looked up Gamestop trade in values and right now in the US They’re giving 14 bucks credit for Doom Eternal

I’m going to assume that COVID has really fucked up trade in values, Amazon isn’t even taking trade ins for a bunch of games right now.

Been all digital since 2013 not going back now. I like not having game cases and discs and not having to get up to swap games

I’ve been digital since 11/22/2013. The only game I bought on disc this generation is Rock Band 4 since you had to get it physical if you wanted the bundle with instruments, but I’ve since replaced that with a digital copy.

A point that’s missed a lot. I still feel companies should be punished for selling wasteful physical games cheaper. A plastic tax.

The people who still buy physical should pay extra tbh. A completely unnecessary piece of plastic.