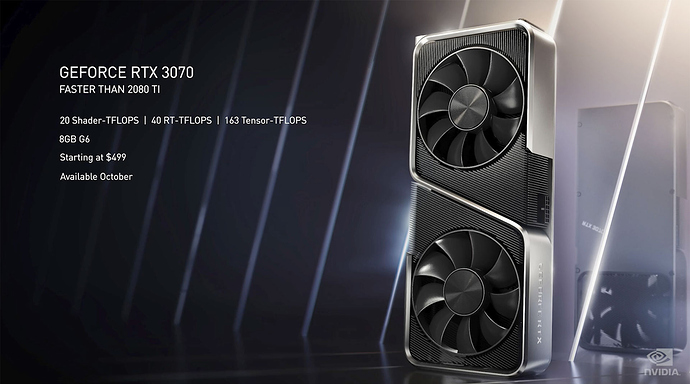 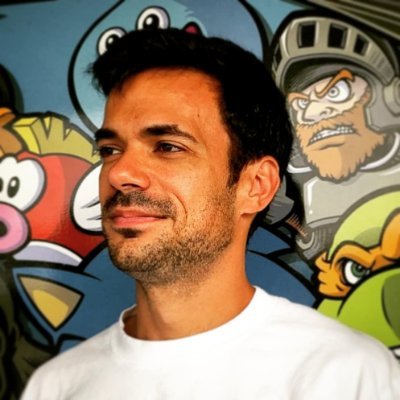 Serious question: why would anyone buy an Xbox Series X now that RTX 3070 costs $499? I mean every Xbox first party game is coming to PC now too... I think Nvidia might've just talked a lot of people out of buying a Series X.

These are the kind of tweets that get traction and are nothing but dumb statements. Its so tiring how people constantly try to downplay everything on Microsoft’s side.

These are the kind of tweets that get traction and are nothing but dumb statements. Its so tiring how people constantly try to downplay everything on Microsoft’s side.

499 only for the GPU alone lol without any controller, ssd, and all the rest. Good luck building an equivalent to XSX for the same price (399/499)…

Because I’d rather not play games than play on a PC. It’s always been a headache, it’s never been fun.

Translation: “Hey Microsoft, I’m going to buy your games, buy Game Pass PC, and probably buy some Xbox Controllers to play them too, but I’m not going to buy that console you are selling at a loss. Hahaha take that MS!”

Does… does this person know that an RTX doesn’t actually play games?

This is just fanboy bullcrap, his argument is dumb and will only please dumb fanboys and haters. Welcome to Twitter.

For me, the whole point of buying a console is to skip out on the PC upgrade/update experience and have a device that plays games. A PC is great for gaming, but it requires a lot more maintenance, upgrades, virus protection, and all of that can get costly. I’d far rather keep my gaming on a console where everything works like it needs to and all I have to do is turn it on and play.

The Nvidia stuff today got my thinking about doing more PC gaming. I have a mid range gaming laptop for tactics and CRPG games. Console is still the better curated place for online gaming. People don’t talk enough about that. Especially if you prefer playing shooters with a controller.

Other thing not talked about enough is how Game Pass Ultimate makes Xbox and PC fantastic compliments to each other to get the best of both worlds depending on what you’re looking for in the moment.

Today I’m playing Wasteland 3 on my PC. Will play Halo 5 and COD multiplayer on my Xbox. This year I’ll be picking up Series X. Next year I think I’ll finally go all out on a gaming desktop. Game Pass Ultimate makes the 2 devices perfect compliments.

Those sort of dumb tweets always overlook that for many people they have no want or need to play on a PC.

PC offer certain benefits for sure. But most people just want to plug something in their TV and turn it on without wanting to think about

It sure is nice to play with a roomful of cheaters every time you get into a popular online game.

The new cards are great and price is sweet. But of course that’s just one part of a PC. But I am honest was thinking about getting a PC today for the first time in my life. But that’s probably gone as soon as we can buy the new Xbox.

You buy a GPU that costs the same as the XSX, ok. What do you do with it alone?

The tweet would be appliable for folks with an already gaming PC, and not only that, folks with a gaming PC with good CPU, SSD. etc.

Whatever, everybody can write stuff on the Internet.

While the tweet is dumb, i will admit that today’s announcements have me considering using the money i would have used for next gen consoles on a PC.

PC Master Race needs to be put in the corner.

People who console do so because they dont want to play games on PC. Its a massive convenience to play on console over PC. I can afford any peice of kit I want. When the new consoles come out I will be buying two XSXs, and one PS5. I wouldn’t have an issue getting a 3090 GPU, a threadripper CPU etc, money wouldn’t phase me in the slightest. But it’s just so annoying. I much prefer to plug my console in right under my nice big 65" Sony tv, lay back on my couch and play my games. PC just isn’t my thing. Having said that, it is awesome to see Nvidia pushing GPU tech like they have done. Even while AMD was sucking badly, they still kept pushing the tech. Things like VRS, Mesh Shaders, Ray Tracing and DLSS have been real game changers and they are leading the way forward for the future of game technologies. Mad props to them for doing that. My games on XSX will benefit from their work.

I work on servers all day and have for 20 years. The LAST thing I want to do after work is screw around with a pc getting games to work.

I wouldn’t pay this kind of stuff much mind , there has always been a category of gamer in this culture that’s just chasing the next high of shiny new thing to shiny new thing even before the latest shiny thing has come out and don’t get that the market is incredibly varied in tastes and interests .

There have basically already been people with computers as powerful as or not that far off from what the next gen consoles will be offering (if they were willing to pay the price for it ) and it happens basically every gen that they get immediately “outclassed” by top of the line pc components. Fact is both microsoft and sony have made basically the best consoles they could with the constraints of designing a console for 2020 in 2017-19 with very few notable downsides especially compared to the previous few gens.

Today has been pretty funny and I get folks are reasonably hyped (or panicked??) but people should probably relax a bit .

Devs have had more hands on time with PS5 and Series X than 3070 and will likely design around them first and foremost for the next few years. I’m not too worried.

Do PC Gamers realise that a GPU needs like…other stuff aorund it to work?

plus a few other bits and pieces and suddenly that $500 balloons out a litte.

It also ignores the extra sheer work that PC Gaming is.