A sequel to 2019’s original release (which hit Game Pass and got me to review it a few years later). AI: THE SOMNIUM FILES nirvanA Initiative is out now with a focus on two different main characters. I will do my absolute best to keep spoilers to a minimum as always but if you have not played the first game just know I am keeping anything big out of this review. I have played a fair number of visual novels lately, and this is both easily the best one and a damned near-perfect sequel. 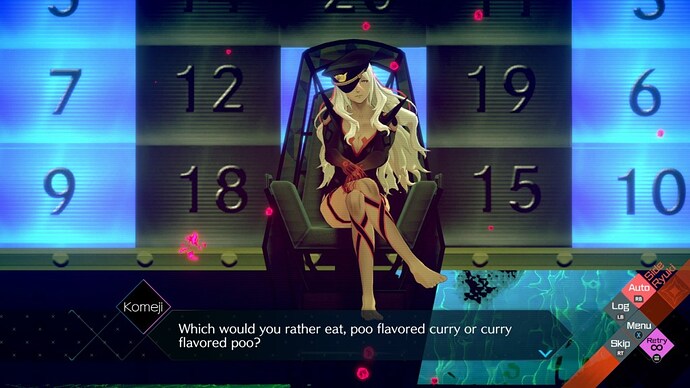 If you have seen any of the promotional material for the game, you know that the main characters you will be playing as this go around are named Ryuki and Mizuki. Date is a part of the story but not its focus this time around. The game starts off doing a brilliant job of making sure you remember exactly what happened in the first title. I misspelled a name and thus was treated like I was lying about having beaten it. I was hours in before realizing I could not undo this and something that happened in the first game was kept secret as to keep spoilers down. This is a sequel, but it actually ends up having shockingly little tie-in to the main plot of the original story. For completionist’s sake, I did go back on a different save in the Steam version of the game and answered the questions correctly, and it does make some major “spoiler” changes. They do not affect the actual plot, but it is cool to see and well handled.

Back to the game’s story. A mysterious “half-body serial killer” is on the loose and you will be tasked (alternatingly as Ryuki and Mizuki with their AI companion eyeballs) in finding out who is behind it all and their motives. Many of the first game’s locations and characters return here looking better than ever. There is a definite graphical jump. It is not a great-looking game, and I really wish there were a high-performance mode on the Series consoles. My PC ran things at 400 fps because this is a darned visual novel, and the Series console felt stuck at 60 (and even seemed to have frame drops, those a “day one patch will fix these” note was in the review guide. The Xbox version supports Play Anywhere as well, which means full cross-buy/save with the Microsoft Store on PC.

This game maintains a similar timeline set up to the first one with a focus more on being along for the ride and not in having to make tough choices that you are stuck to. One major difference here is things felt far more rigid and structured at first, with a set-looking path early on. The first game had a bit more variety in the possible branches but overall, this different setup worked to the narrative’s advantage. The marketing material goes into quite a lot of spoilers for motives so if you have not watched/read any of that I would avoid it if you can. 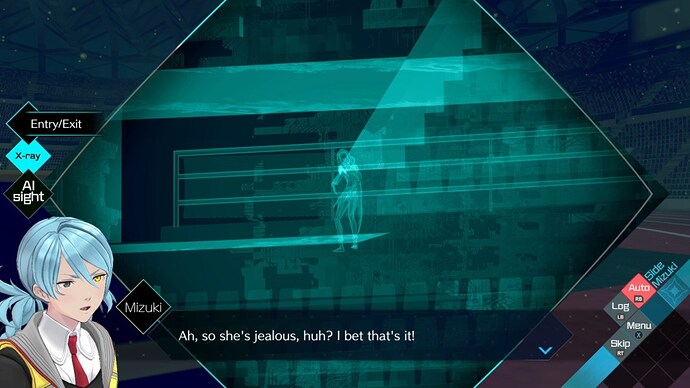 Since I want to avoid the story so much let us shift to the new features in the game. One big one is the “Wink Sync” which allows you to get short but juicy bits of backstory without having to go through the first game’s sync process. Do not fret though, there are a lot of Somniums (dream constructs in which you move in third person and solve puzzles) here. Best of all, they are more logical and less random than the first games.

Three difficulty options are on hand as well for both the Somnium and Detective modes. Normal, Easy, and Story with progressively easier settings. As someone with no access to strategy guides, I was able to get through the game without as much frustration as I did with the first title, even without having to use these lower difficulties. Inside the Somniums things just make more sense, and at various times the game will offer to solve the puzzle for you if you are struggling too much. The time restrictions are nowhere near as insanely tight as well, outside of a few times in the last couple of hours that I did have to use a retry when I knew the correct path.

Another excellent new feature is the Virtual Reality crime scene recreation. It lets you play as your current protagonist in the third person mode of a given area to solve puzzles. There are no time restrictions, and it added a lot of depth outside of the Somnium puzzles. You will be swapping between regular, night vision, and thermal vision modes constantly to figure out the objective of each area and everything is rendered decently enough to not be distracting to the perspective shift. 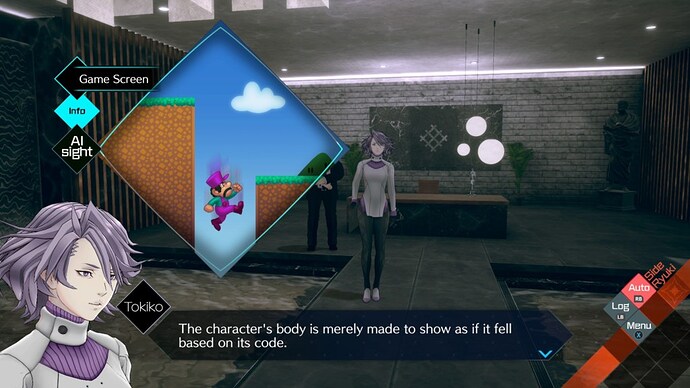 graphicS, sounD & thE staR oF thE shoW

nirvanA Initiative features a nice bump in graphical fidelity. It is not a good-looking game, but it is a lot cleaner than the first. One area it still falters is in the QTE (quick-time event) filled cutscenes where you will very much need to suspend your disbelief that your character somehow did not get filled full of holes as multiple enemies were shooting at you from ten feet away. The animations and scope of everything during these QTE scenes is massively improved over the first game, with the animations reaching a level a notch below low budget Xbox 360 title. I would not be harsh if there were not a lot of these QTE-filled cutscenes, and boy are some of them loooooong.

It is the only blemish on the game for me, and it is a very minor one. There are a lot of different input combinations used in the QTEs and often if you miss one you hit a failure screen and have to wait on a retry from a various checkpoint. One other minor issue is the game has surprisingly long load times on the series consoles. It felt far faster on my PC. Fail too many on normal or easy and you get a full game over and have to start from the beginning of a scene. They are really not hard, but I was tempted to down to easy or story mode during a few of the more annoyingly long ones.

Sound-wise the game is better than ever. While sound effects are average the English voice dub and Soundtrack are awesome. Alongside the writing, they are the two strongest points of the game, with all the returning and new characters varying from good to excellent in their performances. The music is a mix of jazzy synths, guitar riffs, and piano medleys that set the mood perfectly.

By far my favorite part of this game though is the writing. Few games are legitimately funny, or truly clever. The AI series so far is two for two in both areas, and nirvanA Initiative is consistently hilarious and fiendishly smart. Fans of the first title know how insane things get yet it all made sense in the end. The writers here have done it once again and I found myself constantly guessing up until the end, with a conclusion that elevated everything I had seen and been a part of to dizzying heights. 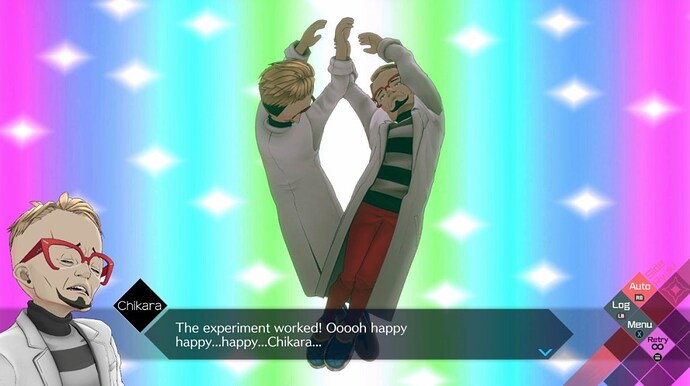 AI: THE SOMNIUM FILES nirvanA Initiative is one of my favorite games to release this year. With a mixture of wit, humor, and above all else heart it is something no one should miss. Whether a fan of the Visual Novel genre or not this game is a damn near perfect follow-up to the original.

Great review as always, this game will be so much fun methinks. 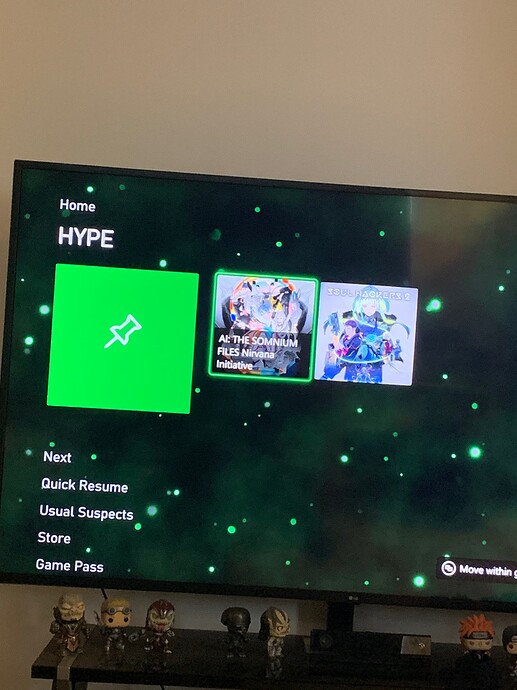 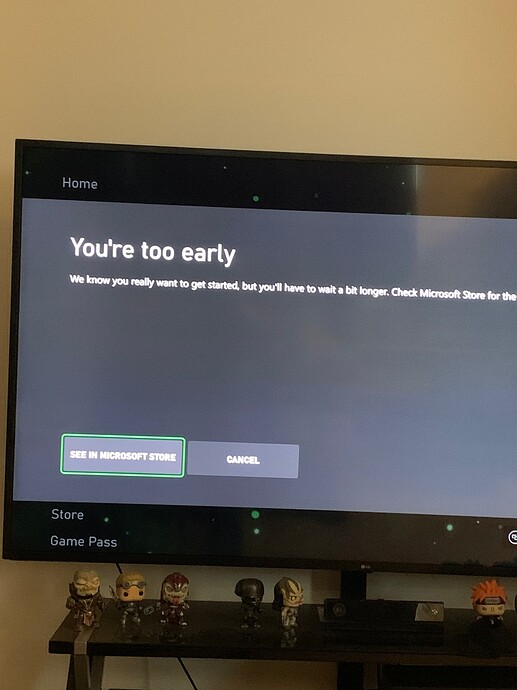 Great review as always, this game will be so much fun methinks.

You willing to pay, or you waiting? I don’t think I can grt myself to shell out $60 lol

I’ve yet to play the previous one, but this sounds really good.

Yeah it stinks, physical disc/cartridge issues led to them delaying digitial to keep retail stores happy. Still the 24th on Steam because there is no physical PC

You willing to pay, or you waiting? I don’t think I can grt myself to shell out $60 lol

Can always buy it digital in the USA store

Can always buy it digital in the USA store

Thanks, haha. Jesse is a preeeetty awesome guy, just saying

Now… the big success will be if I can get @PoderickPayne to try and love this series! (I’m not counting on it)

Now… the big success will be if I can get @PoderickPayne to try and love this series! (I’m not counting on it)

Ah, he hath not the Light seeth?

What’s wrong with you @PoderickPayne ?

Nice, that’s what I like to see. Haven’t pre-ordered it in case there’s a Microsoft Rewards punchcard or something, but I’ll be doing so shortly. The first game was great.