Poll : Do you think you will buy Battle Passes for Halo Infinite? 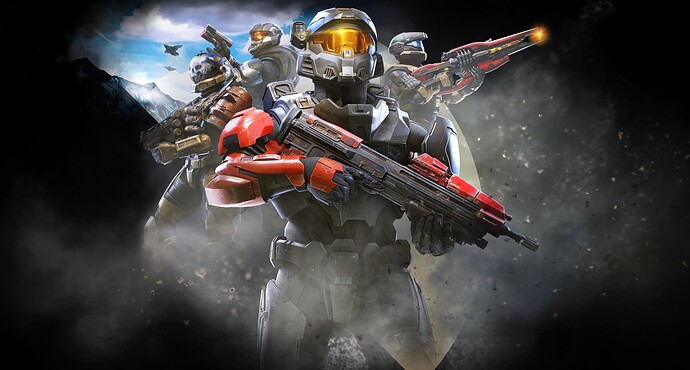 We now know Halo Infinite will have Battle Passes you can unlock each new season (estimated season’s duration = 3 months) by paying a small fee (TBA). You will be able to unlock stuff for free still, but the BP will get you the fancy stuff to show off in MP. But the thing is, Halo Infinite will have BP that doesn’t expires : “what’s yours is yours forever”, so you can unlock BP content at your own pace.

Did Halo Infinite change your mind about Battle Passes in MP ? Will you buy the BP every new season ? Or would you like to see what they’ll have to offer first ? But maybe you already know deep in your heart that you’ll need to unlock every piece of gear to customize your spartan and all the awesome skins for your weapons and vehicles (that’s me btw) ?

I’ll be good with whatever the free unlocks are. I never even bought battle passes in Destiny and I LOVE Destiny so I don’t see myself buying anything for Halo.

If the MP is great and the content is good enough, heck yes. Every single one I’ll buy then.

Halo Infinite MP can make SO MUCH MONEY if they add cool things such as personal voice AIs from famous people (Sgt Johnson for one or non-Halo related ones like Samuel Jackson etc). If they add those as well I’m going to spend whatever money they’ll ask.

In terms of the price. I’d be willing to pay upwards of $25 canadian but the content needs to be there. If the armor in the trailer is representative of what will be in the battle passes im all in.

I’m afraid about how much money ima spend on Halo

I’m allowing myself to spend money on this game, I don’t spend much if any at all on MTX on other games.

I’ve actually never bought a battlepass, and never even thought about buying one. Despite playing tons games in the last 2-3 years that have them. With the void of no new halo the last 2-3 years my most played games are pubg, apex, and warzone.

With infinite I’ll definitely consider it. If it’s just cosmetics than I always have a hard time justifying spending money on them. To me they just arnt worth it. Maybe I’ll buy a couple to support 343 if I love the game.

I do buy story expansions, and other dlc that add gameplay experiences.

My hope is that gamepass users will get at least some perks for subbing. Since the multiplayer is free for everyone I assume Microsoft will try to funnel the 10’s of millions of players into gamepass(just like they do with everything else Xbox is doing).

I bought one Battle Pass in my entire history of playing these types of games. It was for Apex Legends. I thought I’d have more time to complete it but I didn’t, so I basically wasted the 10 dollars. Since Infinite’s battle passes don’t rely on FOMO because they last forever, I am probably going to buy every single one of them if the content is worth it. Plus I imagine they’ll offer a discount with game pass.

I guess we’ll see how they monetize this. 10$ every 3 months is not much I think, but with COD or Fortnite you actually can use the currency you get from your current BP to buy the next one. I’m not sure it will be possible with Halo Infinite, but also, the game is F2P, so 343i have to plan in advance a way to get their money back in some way and they don’t want to sell skins.

I’m still not sure about what GP suscribers and buyers will get. Because a F2P MP devaluates your game. I think they will get something like 1, 2 or 3 BP for free. That would only be fair, unless 343i have something more to announce.

Either way, I will get these BP. I love unlocking stuff, especially when I adore the game, so unless Halo Infinite is a disaster, I’ll probably be hooked for quite some time. And then I’m thinking about BF2042 that will get its own BP too… f**k…

Battle passes are one of the most reasonable microtransaction models we have. I’m aware of how it is designed to keep me playing with the sunk cost fallacy, but that is much preferred to literal box gambling. They are generally good value if you play the game enough. My answer is yes.

Nah. Cosmetic things does very little for me in general, and even less in first person games.

Being this one an anti fomo battlepass, I’d buy the ones I like without the usual fear to lose something.

I prefer the battle pass like Call of Duty, where I can recoup the full cost of the battle pass to buy the next one. I dont like to spend money repeatedly on skins and cosmetics.

If you’re thrifty, you only need to buy 1 Battlepass for the entire life of these games.

I’ve found that I’ve only needed to buy 1 Battlepass every 6-8 months for a couple games because they give out free currency in each Battlepass and I use MS Rewards points for any time I’m short. If I had self control and didn’t want to buy any extra skins, I’d have used the same $10 I paid in 2017 for Fortnite to access today’s Battlepass 4 years later.

In Fortnite you get 1200 vBucks or so each season compared to a cost of 950. Giving you enough to buy the next season.

Vigor similarly gives you an extra amount. You can use MS Rewards points to add on to the extra that you have to get whatever cosmetics you want to ensure that you still have enough for the next Battlepass.

Again, if non-BP content didn’t interest you then you can essentially keep getting new BPs without spending a dime.

That said, because this is in first person you will not be seeing your skin that often so character cosmetics might not mean a lot to most people. But I imagine vehicle skins and weapon skins definitely will. If there was a “Herbie the Love Bug” skin for the Warthog I would be all over it.

That said the appeal of cosmetics in Fortnite is completely different than in some of these other games that I figure only die-hards will value them. My niece wanted an OverWatch skin so badly, and I don’t know why I guess she just liked the look of it. I would be indifferent to all of these original designs. But when it comes to Fortnite if they announced a RoboCop skin I would be all over it.

There is something about Fortnite skins that’s almost like toy collecting or Amiibo collecting.

Of course, you can’t have the Terminator up there in Halo. So it’s going to be a custom design that’s original that’s going to have to somehow appeal to me.

All that said Vigor doesn’t have any licensed content but if you play enough of any game you’re keen on having the character reflect you. I figure the same will happen with Infinite, for me.

Also if you put over 100 hours into a game you don’t feel bad about putting in a few bucks for some cosmetics.

Depends if they have good cosmetics like Valorant BP

I’ll still wait to see what cosmetics each BP contains, but so long as there are a few exciting items each season, I’ll likely buy it. I’m glad that they don’t expire though. Combine that with RvB colour schematics being removed in favour of outlines, and I’m way more likely to buy more BPs and cosmetics.

No because I don’t have any interest in playing online multi-player but if there ends up being single player story driven paid expansions, I will buy them.