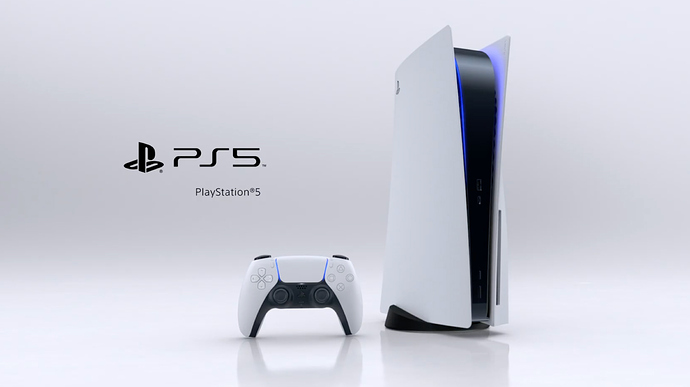 Take it with a grain of Salt but Carrefour French big retailer leak the price for XBOX One Serie X and PS5.

Accesories price seems to be wrong, so take it with a grain of salt. (Headset for 50 euros for PS5 instead of 100/150 euros here in europe)

If Ms can handle a 400 euros Serie X they are at a better spot than at the start of the XBOX One.

MOD EDIT: There are bound to be several websites claiming to know the price of these consoles either through listings or listings. To avoid having multiple threads about multiple retailers listing the price of next gen consoles, this thread is being turned into a next gen price and speculation thread.

xbox series x will not be 400€. we have all seen the teardown, this stuff is expensive.

Seems to good to be true unfortunately.

xbox series x will not be 400€. we have all seen the teardown, this stuff is expensive.

I’m with you on that, but let’s hope MS can surprise us

no way Xbox Series X is 400€… I mean, i would clap with my ears but no way. All of them seems to be placeholders.

This is dangerous. Dont expect cheap ass consoles, we would know by now if that was the case. This

game seems to be just because they are quite expensive and dont want to go first.

Imagine if Microsoft said screw it and came out at £99 (never going to happen) they would dominate next gen, and they would make back their losses from software, game pass, ssd card things and other stuff, Microsoft could afford the initial hit where as Sony could never match them.

I wish they would hurry up and come out with the price for the console and ssd cards (and ssd sizes, really hope there is bigger than 1tb)

Just so I know what to keep aside or what I can play with.

Would be pretty surprising if Series X really went down to 399, but even PS5 Digital is gonna have a hard time reaching that spot.

From a strategic point of view I think it would make sense to try to get to price parity with the PS5DE. I mean, I still think that’s the reason MS hasn’t announced a price yet.

I’m with you on that, but let’s hope MS can surprise us

i’m expecting lockhart to be really affordable and a nice surprise. series x? not so much. there is also xbox access if you really wish to have a series x for a cheap starting price point.

I don’t see the two disc ready consoles maintaining that much of a gap.

I think the SX and the PS5 (Blu Ray) coming in within 50 EUR of each other. With the SX being the premium console.

The discless PS5 would be a 100 EUR cheaper than the SX in that assumption.

Well, if the XSX really could hit €400 then the chances of us getting Lockhart drop somewhat.

Well, if the XSX really could hit €400 then the chances of us getting Lockhart drop somewhat.

At 250€ would still be a good entry hardware. 150€ for a casual audience is a LOT. The thingy is how much is lossing per console with those prices. And how could Sony counter something like that

If the XSX is €400… That would be an absolute bombshell! But I really don’t see it happening after seeing what’s in the box. Unless MS is allowing uncle Phil to dip into the Scrooge McDuck war chest and do whatever he wants.

Going to be expensive. Planning on getting one XSX and two Lockharts eventually.

I don’t believe Xbox Series X can be €399. Microsoft would lose so much money on their hardware. Meanwhile, I also don’t see the PS5 digital at €399, though maybe Sony’s recent earnings show why they might take that jump. They make a lot of money on digital sales and PS Plus.

I remain of the belief that if either hardware manufacturer had 399 in their hands, they would have been shouting it from the rooftops. Why hide such an aggressive pricing that could cripple your competition? It’s August and neither company let anything out. It’s not gonna be low.

I wish this would be true but I don’t see how Phil could manage to convince Nadella to drop Xbox Live Gold, invest more money into Gamepass and at the same time, lose about 200€/console this year (please be true).

I wonder if Lockhart is still a thing, with labels for “optimised for series X” being a thing and no mention of the series S