No Genshin Impact on Xbox 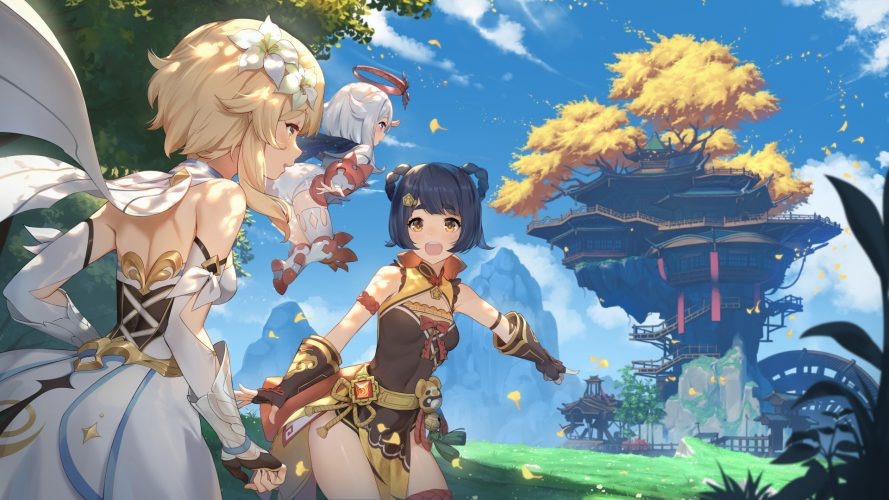 Apparently the Chinese developer has decided to skip the Xbox and future MS consoles. Not sure I agree with that, but then again the Xbox does terrible over in Asia. Yet another game Xbox players won’t get

Thank God I will have a PC to play it …

No Genshin Impact for Xbox

Good. I don’t want this censorship shit on my console.

they can keep the hardcore weeb stuff

It’s a shame, but I suppose I can live without a pro-CCP gacha game.

Speaking of which, does anyone remember when loot crates and similar random elements generated insane amounts of outrage? Are we past that now?

It would be banned anyway in my country, because we do not tollerate lootboxes.

Besides the fact it is a huge sinkhole. Drop rate of. 0.03% for great characters and if you want to power them up you need duplicates.

Lol the writer blowing out the issue out of proportion. The guy currently interviewed said “There is currently no plans” you know the usual typical PR answer meaning for now but later why not

Even if you personally don’t wanna play the game, let’s not try to say this is a positive. It’s not. Then game is blowing up and reviewing well. I’d like to give a shot.

That being said, I suspect the door is not closed forever, despite the sensationalist headlines I’ve seen.

Even if you personally don’t wanna play the game, let’s not try to say this is a positive. It’s not. Then game is blowing up and reviewing well. I’d like to give a shot.

That being said, I suspect the door is not closed forever, despite the sensationalist headlines I’ve seen.

This is not a game that I just have zero personal interest in, it is one I would actively boycott. Predatory lootbox practices combined with CCP propaganda is too much to stomach for me.

Then people say console sales don’t matter. It does matter. If Xbox had sold well, this wouldn’t happen.

Yet another game you say, but honestly when it comes to Japanese games that we used to miss out on Phil Spencer has greatly improved this. We have Yakuza now, Dragon Quest and on Game Pass on day one at that, lovely. I can see more games coming to Xbox in the future, maybe Persona. Never say never because i had given up on Yakuza, let alone Dragon Quest and now look.

Is Genshin even that great to begin with? Are we truly missing out or isn’t it worth the hype?

Yeah, this really isn’t my jam for the reasons @Hammer24 stated. @Staffy makes a great point too. Might sound like sour grapes but I really have less and less interest the more I hear about this game.

I refuse to play this game. I don’t like how it looks to shamelessly rip from BOTW and the ties to the CCP unnerve me. That said, it is a hit, and not being on Xbox could annoy some players.

That said, when it comes down to it, it’s not that big a deal. You can play the thing on your phone. MS should continue to foster their growing relationship with South Korea and continue to grow their relationship with Eastern Asian devs, while still maintaining their commitment to Euro and American games. For better or worse, no platform holder is more supportive of Eurojank, and I fucking adore Eurojank.

I was going to check it out on Android after everyone praising it until I seen the character design, I noped out. I like anime but not jailbait character design. Plus add the fact it isn’t coming to Xbox and the whole CCP thing.

Would be cool to have a game that syncs between Mobile and Xbox though.

It’s on android? Cool so I will play it with my razer kishi then lol while waiting for it to come on Xbox later

Yeah it sucks I suppose, I’m sure a lot of people would like to try it. I did last night on my PS4, and tbh I don’t think it’s for me. I’d rather get a game like Fall Guys. Which I assume is coming at some point.

Ick, didn’t know about this either.

There is no word about skipping next gen Xbox Series X|S in that article.

Nothing of value was lost.

Seems like a reasonable business move to continue to capitalize on the huge market you have. Im sure Microsoft could help with the business case if they chose to.