Is Red Dead Redemption 2 overrated or is it a good game?

Let me preface this with that I loved the first game, and if I recall I even got all the achievements back when that game released on the 360.

It’s now 2022 though and personally I can no longer stand open world games with their huge maps and repetitive busywork tasks (essentially the ubisoftification of the open world genre, that Sony also follows now with titles like Tsushima)

Will RDR2 be a breath of fresh air ? Something unique? Is it worth simply playing the story mode and ignoring the busywork ?

I’ve heard time and time again RDR2 is a masterpiece but not for it’s gameplay and fun factor but for it’s realism… whatever that means.

As a gameplay first sort of guy will I enjoy this game ? With RDR1 I loved the gameplay, and I can still vividly recall the ending.

Not necessarily overrated because it’s a great game however it doesn’t come close to the brilliance of Grand Theft Auto. Rockstar’s abandonment of single player Grand Theft Auto has been a tragedy and perhaps people need something to blame for GTA’s absence so they take it out on Red Dead ?

It sits at first place on my list of my favourite games. Amazing game.

I absolutely love that game, I didn’t play it, I lived it. Fully immersed in all aspects of it, I could spend an entire gaming session doing nothing but hunting, riding and then setting up camp and brew a cup of coffee, watching the sun set over a lake.

Like they’re not bad, but I feel like the jank all of them have just really keeps me from enjoying them too much. I appreciate what the games do, just not for me I guess.

Well I guess it depends, it’s a masterfully crafted open world with absurd levels of attention to detail with great performances among many other positive qualities

It’s one of the best game ever made.

It’s just so massive with some insane attention to details that I can’t even bother with people hating it. They are missing out.

Anyway, just play this damn masterpiece and make your own opinion.

You either love it or hate it. I personally loved the realism and slow burn of it so I was in Nirvana.

But it sure does have alot of flaws from a gameplay standpoint so I can see why people are quick to give up playing it.

I think every person who is interested in games should play this game. I mean it’s still the peak of all games. Imagine the best open world ever, rich in detail and diverse in it’s biomes, feeling alive and getting totally immersed…this is it! Imagine an absolutely brilliantly written story and a huge cast of over 20 characters all meaningful and deeply thought out, this is it! There is really no other game on this scale. It’s just super impressive stuff.

I personally think it was one of the best games of the generation - either THE best or a very close second/third. The story is just fantastic and the presentation was utterly stellar - and every slow little moment contributes to that in the end.

I was initially going to hold out for a 60fps patch but I guess you have all sold me!

Hopefully this isn’t overrated like BoTW, I’ll report back with my thoughts

I was initially going to hold out for a 60fps patch but I guess you have all sold me!

Hopefully this isn’t overrated like BoTW, I’ll report back with my thoughts

BOTW was phenomenal and IMO a better experience than RDR2 as is ER but they are going for different things. ER and BOTW rely heavily on their gameplay whereas for me RDR2 the opposite and sometimes that is why its probably not as highly rated by players as those two. It has a more polarised opinion than it should

RDR2 undoubtedly has a great world, story characters but the gameplay is a chore sometimes.

I always enjoyed RDR1 way more. Felt more arcady but had that atmosphere and great narrative of old western movies but the gameplay was more fun for me

the 60FPS patch might make me give it another go

I thought that RRD2 wasn’t my type of game, the gameplay and feel of the game was very off putting for me and I just couldn’t continue after a short while, no matter how good looking the world was. But good luck with your playthrough!

I was initially going to hold out for a 60fps patch…

This is where I am. I want a X|S patch. Add those FPS, maybe clean the HDR, and if we were really lucky add some draw distance or other tweaks.

RDR2 is in a similar situation as Witcher 3 for me. I’m waiting for the patch.

The biggest difference is that I enjoyed RDR1 (replayed it with BC improvements) but I cannot get in to the Witcher 2.

The popularity and high level craftmanship of Rockstar games is undeniable, but for me they simply aren’t fun games to play. I despise the gameplay loop of their games and the type of characters that you have to play makes the story uninteresting to me as well.

To me its the best in “everithing”…except in gameplay. Although I admire the absurd amount Rockstar spend to make everything feeling realistic, there were times were I almost fell asleep due to how boring it feels to play sometimes :c

One of the best games of all time

One of the best games of all time 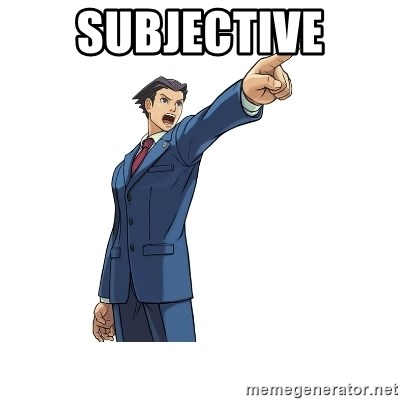 It’s a great game, one of the best imo, just letdown by the missions, which don’t give you so much freedom in the way you can complete them. The biggest complaint I’ve seen about it though is the slowness of the animations/actions, but just approach it with the mindset that it’s a cowboy simulator and that should help.

I’ve never played the game (enjoyed the first two). I left it for a gaming drought but every-time a drought came along (like right now) I never felt any urge to play it, I think the buzz had faded.

I’ve noticed a lot of the SP games people enjoy went the “online” route, GTA, RDR, ES, Fallout. I’d rather they stuck to SP experiences but understand the mass success a mmo can have.