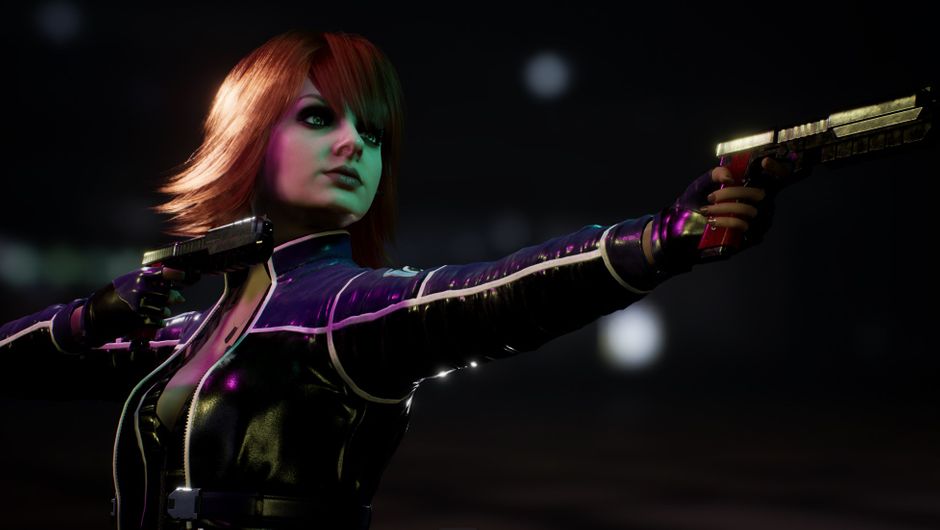 The Initiative's AAA game could release in episodic format; stories set in...

One of the biggest yet to be announced Xbox first-party games comes from The Initiative, who are working on a game that could release in episodic format, according to Xbox insiders.

Today, we have a couple of new details about The Initiative’s project, which could release in an episodic format according to Xbox insiders hosting the Xbox Era podcast (1:45:50). They compare the game to Netflix’s TV series Black Mirror and its format.

“All those episodes of Black Mirror are linked to each other, they take place within the same universe. When I talked about The Initiative’s game, I’m not saying it’s exactly like Black Mirror, but it has that Black Mirror-like aspect to it.”

“I know the word episodic has been thrown around,” insider Shpeshal Ed said about the game.

[quote]However, they also made it clear that The Initiative’s games will not be similar to Sony’s blockbuster third-person action adventures such as The Last of Us Part II or God of War. Shpeshal Ed says in the podcast that he thinks the game will not be accepted well.

“I don’t think the internet is going to react very well to it. This is gonna be bad, a level of bad where people give up on Xbox Game Studios. Fanboys are gonna get really upset,” he said in the podcast.[/quote]

But then our favorite buddy Klobrille responded with this over at Restera:

[quote] The rumor about The Initiative and (some) of the reactions I’m seeing here is the perfect example of why messaging is so important.

We know absolutely nothing about The Initiative project. If I would describe the on-going project as back-to-back, standalone, high-quality single-player experiences with a scope like Hellblade or Spider-Man Miles Morales (so anything between 5 - 11 hours) that will be connected through one “universe”, you’d likely think about it very differently.

Wait until you see something. It should be quite obvious a (currently) 60 staff studio will not develop a 40+ hours RPG. It should also be quite obvious, though, that the project they are working on aims for top-tier quality given the people that work at the studio.[/quote]

I for one am glad if this is a shorter 5-8 hour game. Microsoft with the purchase of Bethesda will have every major Western RPG maker besides CDProject Red under its umbrella. Those studios make games that hour 30+ hours long, let the Initiative do something unique and different.

I’m actually excited about this. The “Black Mirror” comparison has me intrigued. If they can pull it off, it’s going to be something special and unique to look forward too because of Gamepass. If their able to tell different stories under the same umbrella with each game having different gameplay and ideas, this is going to be something special, especially with given their talent and budget and technology that they’re using.

I can imagine one game being a gritty 3rd person shooter while the second game could be a whimsical platformer or first person shooter. I can’t wait for them to show off what they’re doing.

I’ll withhold any skepticism until I actually get to see something official from the studio. So for now I’m cautiously optimistic. I personally was looking forward to a large 3rd person narrative experience, but multiple experiences tied together in a shared universe sounds interesting. There are a whole lot of talented people there so I’m pretty much hyped for anything they show us at this point.

Kinda sad that people’s first reaction to this is negativity but today’s so called “gamers” enjoy bitching about games more than they do playing them. Frankly to the people who want “Sony style” games so badly they should just buy a damned Playstation.

There’s already a topic about this

Kinda sad that people’s first reaction to this is negativity but today’s so called “gamers” enjoy bitching about games more than they do playing them. Frankly to the people who want “Sony style” games so badly they should just buy a damned Playstation.

Dude, you just said exactly what I was thinking about. This thing, this obsession of some ppl about Xbox trying to be Sony, of dropping “Sony Games (lol)”, it is freaking annoying. Seems like everything Xbox dropped is garbage, it is uninteresting, buggy, whatever, just because it is not a damn 3rd person adventure. Since last gen especially a lot of gamers turned into entitled manchild that complains 24/7 on internet about virtually everything. If you follow closely the gaming drama you may very well lost your mojo of playing games.

I agree with Blackheart. I know it’s shocking. lol.

This topic should be merged with the other topic.

I heard it was a Perfect Dark reboot or something within that universe… But now I see that it’s not.

I can’t wait to hear more about it!

There’s already a thread about this. Not only that, but the quote is taken out of context, which is frustrating.