In your opinion what game is the "Greatest of All Time"?

I agree with this so so much!! The good ol days. I had to quit playing wow due to it affecting family life. Haha awesome DP too, one of my fav skits on that show.

A man of great taste.

i go back and forth but are pretty much these 3 on the podium. runner ups would be Witcher 3, Mass Effect 2…

Since its release, Gears of War 3 was my favorite game of all time and I would always argue one of the best in general, but now… NieR: Automata came into my life as soon as it came to Xbox One.

The soundtrack. The story. The characters. The options.

Ah yes, this is a great game. Tried it thanks to Xbox Game Pass, took a chance since it’s out of my normal comfort zone and wow… turned out to be one of the best games I’ve played.

Mine will always be Morrowind. I doubt that will ever change. If anything replaces Morrowind it’ll have to be another RPG. I mean, my top 5 are all RPGs besides one (OoT) after all.

So many games… But GTA Vice City is probably my favorite all time game.

Since gaming is such a diverse artform, and since technical progress has such an outsized impact on the end result, this is a really difficult question. Compare it to film, where even some of the earliest masterpieces has more in common with modern films than the equivalent computer games do.

Which brings me to genres. Sure, films cover a diverse range of genres too, but they still share common DNA in terms of story telling, dramatic tension, the three act structure, etc. So the experience of watching a sports film will share more similarities with a relationship drama, than the gaming equivalents. For example, Bull Durham and Revolutionary Road vs. MLB The Show and It Takes Two.

And I haven’t even brought up single player vs multiplayer, co-op vs. competitive, online vs offline, etc. All aspects of gaming which further complicates the question.

Point is, comparing games is not even apples and oranges, it’s apples and accordions.

Anyway, with all that said, it’s still an interesting topic for conversation, and I guess for me it would just boil down to the question:

What games do I have the fondest memories of playing?

In order of release, going back to when I first started playing videogames, I think a starting point for me would look something like this:

Looking over the list, I feel like there’s only really a couple of contenders for GOAT for me. It’s really between Tetris, and Day of the Tentacle. I say that because those are two games I’ve come back to several times over the years and they have never failed to entertain me. Whereas with most other games, if I choose to give them another go years down the road, it tends to be for a quick nostalgia fix, but I don’t spend any quality time with them. This is not true for either Tetris or DoTT.

I’m tempted to pick Tetris due to its near infinite replayability, and its simple-but-hard-to-master gameplay. But the story, art, and humour of Day of the Tentacle is just so perfect, and it’s what’s brought me back to it probably 5-6 times over the years, and each time I’ve played through it from start to finish.

So, yeah, my pick for GOAT is gonna have to go to Day of the Tentacle. And as luck would have it, the remastered version is available on Game Pass. That’s the last one I played, and it’s a great way to experience the game. I had the commentary track turned on, and I highly recommend doing that for any fan of the game.

Sorry for the novella. And kudos if you made it this far.

If you held a gun to my head and asked, I would probably blurt out Baldur’s gate 2 Shadows of Amn or Mass Effect as a series. Other contenders are Persona 4 Golden, Red Alert 2 and a bunch of other games I can’t be arsed to list.

Shadow of the Colossus.

I haven’t experienced anything like it in any other form of art and entertainment.

MGS2 is very close though and ages better everyday with its story and themes but getting a game like MGS1 in 1998, nothing else comes close to it outside of its sequel which was almost as equally mind blowing for its time

90s and early 00’s PC games are better than just about anything released since.

I could list more. But these games were literally groundbreaking and foundational. Yes games existed before but not 3D games or games that really broke through the public consciousness. These games for me are where you can trace modern games back to. Not to arcades or Atari but PC games in the 90s.

My goat Zelda is Majora’s Mask, between a really good story that had nothing to do with the triforce, a large amount of NPC with their own stories and schedules, the time mechanics which made me feel like Link really was the hero of time.

Playing as a Deku, Gordon and a Zora was super fun and the each dungeon and area being designed to maximize the use of each race, the powers that each mask had where also unique and it opened up a new game play even if you didn’t transform.

Maybe if I ever get around to getting a switch playing through Breath Of The Wild may change my mind. But for now Majora’s Mask is my goat Zelda game.

In the context of the time it released (which is how games need to be judged in my view) it’s Mario 64, hands down. While it may feel dated to play it today in comparison to a modern 3D Mario, it still holds up remarkably well as a game in its own right, with a wealth of inventive levels and endless variety in its challenges. But it’s the influence it had on gaming that makes it deserving of the title.

I don’t know if any game before or since felt quite as revolutionary, as much of a massive leap over everything that had done before as this game felt. It was a truly special experience to play it for the first time. An all time masterpiece. 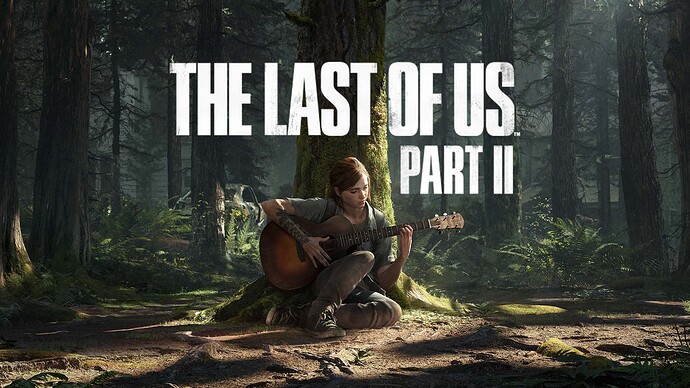 It’s just a step above any other game I’ve played in a plethora of ways. Graphics, acting, storytelling, dialogue, stealth/combat mechanics, attention to detail, pacing, animations, you name it. Naughty Dog is just a step above everyone else in a lot of ways.

Panzer Dragoon Saga for me. From the unique design, great music, zero bloat, it was just a great experience. Have to shout out Halo 3 & Shenmue too.

Sea of Thieves, no game is comparable.