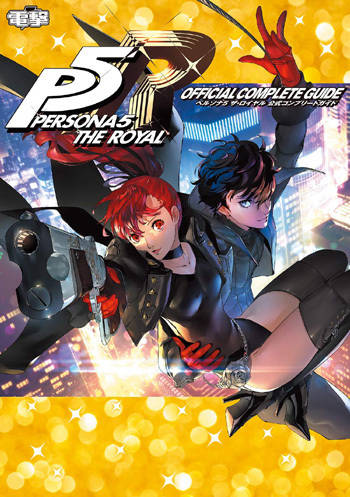 Persona is probably the biggest growing jrpg franchise out there. We went from a series barely selling 200k global to now multi million on a single platform. Now that sega have ported over p4 and this been successful I think this series needs to venture out to other platforms. Royal coming to gamepass would imo be the biggest get by MS for this service even bigger than yakuza because no yakuza game has sold anything close to P5. Ms should do everything they can to secure persona 6 in some way. Even if its a multiplat. Pay atlus money so they don’t make it an exclusive. Sony can have FF16. Persona is superior now. Ff15 sucked.

MS have the WRPGs with bethesda obsidian and of course multiplat support from other publishers. Jrpg wise I think you have to look around for the biggest. Nintendo games aside and Square Enix milking sony for timed exclusives I think MS should invest big in the persona franchise. Imagine just like yakuza xbox got all persona games on gamepass. Would be insane. And these gsmes aren’t throwaway games. P5 is legit one of the best rpgs of the decade.

Also the idea of playing royal on xcloud on the go excites me. It’s why I’ve always wanted a switch port. It’s a 100 hour game and I just can’t play 100 hour games on consoles anymore. I just don’t find the time. Maybe 1 or 2 games a year. I’m always out or on the go these days. I’ve spent more time on xcloud gamepass than my actual xbox. My switch has been collecting dust because of xcloud. Not every game is made for xcloud. I wouldn’t play action games on it as much but for turn based rpgs? It’s perfect.

What are your thoughts? Yakuza is awesome BTW. I think this series got a new breath of life thanks to xbox. Yes it came out on ps before but was drowned in a ton of other games. I’ve heard more people talk about yakuza in the past year than I have past 10 years. 0 was probably my fav game last year.

This port was possible 4 years ago, why Xbox has to pay for it now? Xbox has to focus on the next Persona and the rest of the series comes later with the power of game pass.

There’s also Studio Zero is working on something bigger than Persona, Xbox has to keep an eye on it and don’t miss it.

+FYI: Xbox is the only platform miss 3rd party support, seriously, this should’ve been fixed years ago.

Here’s my theory on why I think games like strikers and Nocturne HD skipped Xbox. I believe they’ll come to gamepass in the future and that releasing them on xbox as standalone wasn’t worth the effort so they put out the more popular platforms and sold them individually and then will use gamepass when the sales dry up as opposed to spending more money now on an Xbox port a lot of people wouldn’t buy. Thats just my theory on the lack of atlus support. Maybe sega and atlus see value in gamepass but not for new releases.

And no the port was not possible 4 years ago. Xbox was barely relevant 4 years ago. Remember Don mattrick days? Phil had to clear a lot of mess up. 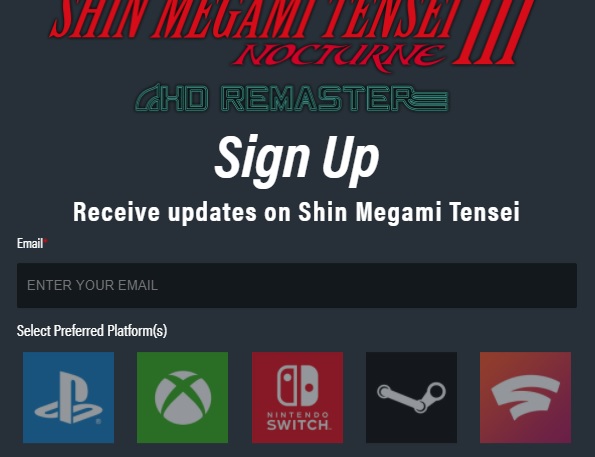 SMT3 could be coming too

SMT3 could be coming too

On Stadia? yeah thats not happening.

+FYI: Xbox is the only platform miss 3rd party support, seriously, this should’ve been fixed years ago.

You act like its an easy problem to fix. Xbox isn’t getting support because Xbox has no marketshare in Japan (where these games are popular) and the western audience that likes these games is already on Playstation.

Altus has already expressed a desire to do more ports due to the success of Persona 4 Golden on PC. Hopefully they realize they are leaving money on the table.

I hope they true as well. Im not into jrpgs anymore. They just stopped clicking with me. Even Dragon quest I tried in gamepass was just silly. Everyone swears on persona though so I would try it if it was on gampass.

I hope they true as well. Im not into jrpgs anymore. They just stopped clicking with me. Even Dragon quest I tried in gamepass was just silly. Everyone swears on persona though so I would try it if it was on gampass.

Ya I also want to try Yakuza.

Persona and LAD are sort of more unique styles of JRPG. DQ is more traditional…i actually enjoyed it a lot. But yeah its very old school. It has great story though. FF15 is just straight up bad. Doesn’t matter what kind of RPG it is. Its just terrible. I feel sorry for people who’s first JRPG was FF15. I’ve played nearly 100 JRPG’s in my lifetime probably or at least a ton and that is one of the worst not including low budget crap like Dawn of Mana and Hyperdimension.

Altus has already expressed a desire to do more ports due to the success of Persona 4 Golden on PC. Hopefully they realize they are leaving money on the table.

Sega expressed that desire. Thats why i think its possible. Sega is under Atlus now. Yes Atlus are independant and make their own decisions but when it comes to ports…Sega can help atlus port them. ITs not like Atlus need to do any work anymore.

… next Persona”/“There’s also Studio Zero working on something bigger thanx Persona” If we see the time difference between Persona 4 and 5, we won’t see Persona 6 until next-next gen It’s good they are making a deal with an already succesful and gold game as a way to establish a relationship with ATLUS and Xbox, and ATLUS and Game Pass, hoping that that relationship will also help to bring Studio Zero’s project to Xbox, bringing Persona 5 doesn’t mean they can’t bring an hypothethical Persona 6 or Studio Zero’s project, or even another SMT spinoff like NINE was later. They are keeping an eye by already working with them (in the case the rumor is real). At the end that only means more games for the console (and Game Pass), and a better relationship with a publisher as big and relevant as SEGA.

Cmon dude…SMT NINE was over 15 years ago.

Atlus then were completely niche. Even until mid last gen they didn’t even have a proper European Publisher. I mean now its irrelevant as theyre owned by Sega but still. This isn’t the same Atlus.

Times have changed. If P5 does come to Xbox. All bets are off. P5 especially R would be a massice coup for MS. We’re talking about one of the highest rated RPG’s ever.

I wouldn’t even care if it was on Gamepass. I’d buy that day 1. I did actually play P5 way back in 2017 but never finished it due to PS4 pro breaking. I was 50 hours in. Royal has more content and better streamlined dungeons. I’d start all over on Xbox. I had 0 interest in Royal for Ps4 because i was waiting for a Switch port. I’d settle for an Xbox port.

I think the strategy should be get the current entry on GP to build up a market for the next entry. I believe that’s been the effect of Yakuza on GP.

I think straight up releasing P5 on Xbox could result in sales that make sure we never get it again. A Game Pass release could ensure we see future games on Xbox on release date.

I think the strategy should be get the current entry on GP to build up a market for the next entry. I believe that’s been the effect of Yakuza on GP.

I think straight up releasing P5 on Xbox could result in sales that make sure we never get it again. A Game Pass release could ensure we see future games on Xbox on release date.

Well yeah Obviously. Gamepass is the way to go for older Persona games. But for Xbox. I think if they put out P5 on PC now it would still sell huge numbers. Higher than even P4. Even though P4 was 20 bucks. P5R at 40 bucks sees appropriate. Xbox Gamepass as well. I’d pay the full price if it came to Xbox

I’d buy SMT3 if it came… Or any SMT for that matter, im just not as excited for Persona since i’ve had my fill of it on my Vita, but it would still be cool though.

I believe persona games are coming, followed by smt games.

I mean, it’s definitely coming. Just look at Jez name on twitter and it includes a girl with a laptop

that alludes to Futaba, who’s a character from Persona 5 apparently. And Nick himself has said on a scale of 1-10, the likelihood of Persona coming to Xbox is 10.

The only question now is which ones are coming and which ones are coming first. Are we getting the older games like P4G and P5 first or the newer ones like P5R or P5S? Are we ever gonna get Royal for example? Will Sony try hard to keep that game associated with playstation for a longer time given just how successful and acclaimed it was last year?

It’d be dumb to put Strikers first without also adding P5. It’s also not a mainline jrpg, so that can’t be an introduction of the ip to a newcomer to the franchise where his first experience is a spinoff. It would inevitably set expectations one way or the other. Like if one likes it, they’d expect other games to be similar, if they hate it, they’re put off from the games in entirety cuz first impression matters. Then again that’s what Nintendo is getting for the first time so what the fuck do I know? Atlus is weird lmao.

So I think the one coming for now is P4G, as it has already been ported to PC and done well there. Atlus will likely just take more money to port it to one more platform ie Xbox rather than porting something like Royal which still needs to come to anything that’s not playstation.

It’s coming, where there’s smoke there’s fire. If we can get Dragon Quest XI i don’t see how we can’t get Persona. I’d even argue Persona is coming sooner than we think.

A lot of people here seem to be confident. I’m still skeptical. Xbox getting persona would be bigger and a more lucrative accomplishment than yakuza.

I don’t know where Jez or nick know this from though.