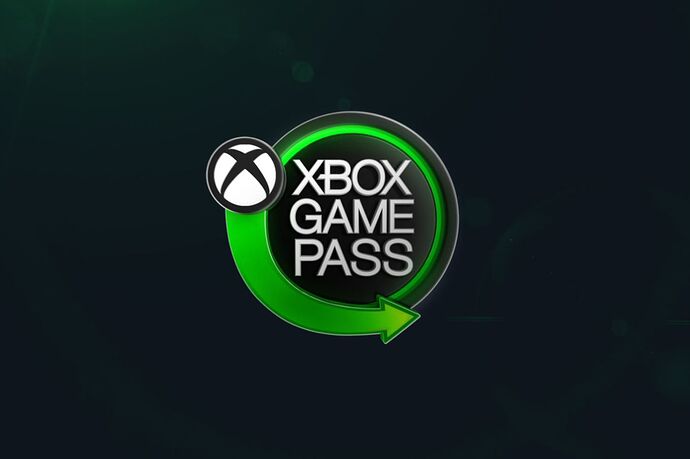 This is something I have been thinking a lot about lately. With Game Pass primarily becoming the way I play games, paying full price for games is something I have found myself not wanting to do. There are several decent to good looking games coming in the near future; Returnal, Mass Effect Collection, Ratchet and Clank, RE8, Biomutant, etc.

These games all look like they will be good, but it is becoming increasingly more difficult to want to pay full price for games. Does anyone else feel the same way? Has GamePass or another service impacted your willingness to spend full price on games?

Has Game Pass or other services impacted your willingness to pay full price for a game?

Not really. If I am hyped about a game, I will buy it. Impossible to wait for a sale / wait to see if it will be on gamepass. e.g. I will not wait til Resident Evil 8 is on game pass. I usually don’t buy games that I am not hyped during launch, but I am ok to try them if on game pass. My backlog is so big (with or without game pass), that I don’t need to add more “undesired” games.

But it has worked the other way around. Franchises that I was not hyped about, I got into them thanks to game pass. e.g. I enjoyed Remnant from the Ashes so much that I bought their most recent game (Chronos Before the Ashes) day one.

Kinda of. Here in Brazil we don’t have the most fair prices for releases, so these services come in handy. If i’m really interested in the game I’ll buy it, otherwise I can wait some time to see if it will be on gamepass or plus before some good sale.

I am not waiting on a hypothetical game pass addition a zillion months later if I want to play the game now.

For me personally, not really because it’s all about if the game is day one. If not, im not waiting. So for example, I know that every Microsoft first party title will be on Game Pass day one so every game is a $10 monthly rental because if they weren’t and I had to buy them at $60, I would pass on a lot of their games.

For PlayStation 5, it’s all about exclusives for me and thus far, I only have four that have been officially announced that I will buy day one. Bought Miles Morales. Have Ratchet & Clank: Rift Apart in June followed by Horizon II: Forbidden West and God of War Ragnarok down the line so these games will be purchased day one for me unless they somehow someway appear on PlayStation Plus or PlayStation Now day one which as of now is highly unlikely.

Third party titles is the same. All about day one. I’m not waiting to play games that im hyped to play at release. Game Pass is excellent for me in regards to Microsoft’s first party games because I wouldn’t buy majority of them anyway and any third party game that goes on Game Pass day one.

Outriders was a Game Pass game for me but since I had $25 of credit on my Microsoft account, I bought the game the other day digitally because I am expecting expansions and future content so im better off just owning the game. Plus, I was always going to buy it anyway.

So basically, Game Pass doesn’t change much for me outside of the first party games and games like The Ascent which would have been a day one purchase but now, obviously it will be a $10 monthly rental. In other words, if it’s not on Game Pass day one, im still buying the games that I want to play because first and foremost, why would I wait to play a game im hyped for and looking forward to playing and second, im not going to “wait and see” “if/when” the game I want to play ends up on Game Pass.

I was going to buy FIFA but when the EA deal happened I chose not to, and with what happened with EAGATE I will never buy FIFA again.

Out riders was one of the only games I was going to buy but didn’t have to thanks to GP.

Only game I would buy at this point would be a DECENT JRPG.

Not really no. I’m still happy to pay full price day one for something I think I’m going to love.

Game Pass has helped to stop me from buying as many games though. For stuff that looks interesting but I’m not 100% sure about, I am now more likely to wait & see if it eventually comes to GP.

Yes and no. If it’s a game from a franchise i love then I’m going to buy it but other than that i can just wait for a deep discount or gamepass.

Yes it has. I think I bought only 3 or 4 games last year. Pre Game Pass I would buy anywhere between 10-15.

I am absolutely still willing to pay $60 day one for a game I’m super interested in. That hasn’t gone away.

But I do that less in 2020-21 than I ever have before. Some of that is because Game Pass is giving me so much great stuff I don’t have to pay $60 for. Some of it is because of the pandemic and some other stuff going on with my family situation that was causing me to cut back on entertainment spending anyway. It all kind of goes hand in hand and I’m not sure I could say that X% is due to Game Pass and Y% is due to other factors.

But no matter what, I welcome our new subscription overlords and a future where I’m both playing more games than ever and also making less $60 purchases than ever before.

It has absolutely impacted my spending habits. I don’t remember the last full price game I purchased if I’m being honest. It was probably Doom Eternal on release day. I’m still willing to pay full price, but I have to view it as a must have. Game Pass offers me way too much selection and keeps me way too busy to be spending money on games that I’m not over-the-moon exited about.

It hasn’t just affected my willingness to pay for games though. I’ve never played so many games from so many different genres. I find myself buying more DLC. I’ve also purchased a few microtransactions which I have never done before. Because I was able to cancel my pre order for MLB and save around $90 CDN, I went ahead and purchased about $20 worth of stubs to use in the marketplace.

It’s changed how I consume games without a doubt in many ways.

Phil really should throw my gaming and spending history into some kind of pre and post Game Pass spreadsheet or graph for developers. I’ve been the perfect test subject for this service.

Yes, but not because I’m willing to wait for games to come to services, but rather that I know I won’t have the time to play new games because there are so many games I still want to play already available to me in said services.

There will always be exceptions, but I’m much more willing to wait for sales than I ever used to be.

Absolutely for me ! I don’t have much to spend anymore on games like I used to, so something like Game Pass is perfect to me, on top of discovering new stuff I would have never played.

I have never purchased a game!

I voted no because my willingness to pay full price for games and decreased significantly around 9 years ago. I used to buy around 12 games a year at full price at that time.

But then I realized that if I avoided spoilers I can get the game at 20% to 30% off by waiting a few months.

I then started scoping out video rental stores and bought their used versions of games for $20, which is 70% off the original $70 Canadian price. This would happen around 3 to 4 months after a huge game release. So a game like Call of Duty would come out and these rental stores would need a good 50 copies. But that demand decreased after a few months so they would just sell off 90% of that.

So it got to the point for a lot of these AAA big games I would not be paying full price for them because I did want to play them all but paying $70 a pop was simply a bad investment.

Just like a new car, physical copies of games devalue significantly the second you remove the shrinkwrap.

And then the PS4/X1 generation I moved to digital purchases mostly and went back to the “wait 4 months” plan and that worked well. Sony would have a Spring sale and big games would be 50% off. I remember spending $100 CDN and getting 4 great titles that came out in 4-5 months prior as the marquee releases of that year. That would have been $280 CDN, otherwise.

I’m trying to think about the last time I paid full price…I helped Kickstart Shen Mue 3 and getting the collector’s edition of Sonic Mania. Oh and I did get four X1 launch titles so I’d have something to play at launch. That’s it for my most recent full price purchases.

I do pay full price for a lot of indie games though. I should clarify.

Yes! There are so many games to play that there is no reason to buy full price games. I might buy some games on deep discounts, gifts etc. But once you have a decent backlog and Game Pass, there is never a lack of good games to play.

I bought 5 games last year, none at even close to full price. This year, 0 so far.

I tended to pay full price maybe once a year anyhow. I’m pretty sure I’m spending more on services now than I ever spent on individual games. I still pick up good deals via sales too.

No. I’m with Guybrush on this way before Game Pass was even a thought at Microsoft. 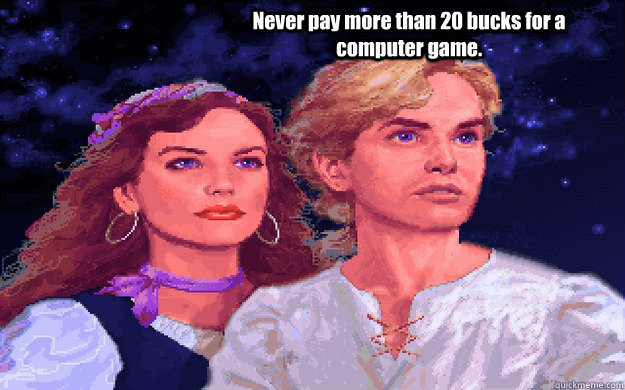 No, if anything I find myself with more money to spend on games than before because I play or planning to play some titles via Game Pass that I would have otherwise bought. I am still buying games at full price that I think are worth the money, my time and support. Game Pass is a complimentary thing for me and a great way to discover some gems that I would otherwise skip entirely and I think that’s the magic and the best thing of it.

I have a decent retail and digital collection plus I like to replay games so I will continue to buy games just fine even if I have a Game Pass sub.

No, but it’s a tricky question. I have been in the Xbox ecossystem since the Gears 5 launch. I joined Xbox because of the value of Game Pass. I have never purchased a first-party game from Microsoft, however I wouldn’t be on Xbox at all were it not for Game Pass. And since joining Xbox I have so far purchased 2 full-price games: Star Wars Squadrons and Cyberpunk 2077, both third-party.

I mostly buy the big tentpole exclusives day one. Last year on PS4 I bought Last of Us: Part II and Ghost of Tsushima full-price. The Nintendo games I want I buy day-one because they won’t drop in price for ages.

I won’t personally purchase any Microsoft first-party game because game ownership is not a big thing for me, and their games are never leaving the service anyway. But for other games I really want, I will still buy day one.