Fuck I just can’t wait to play this game, I have a really good feeling about the story. That Pilot is such an amazing character and I can’t bloody wait to see what him and chief get up to. I don’t need all games to be massively open world where you only actually look at like 50% of the world and the rest is just blank space with nothing interesting.

Being able to explore during/after/before a mission is what I want and to find cool shit that upgrades my gear or whatever. I think of the it’s open world but not from the get go, exactly like the earlier GTA games you couldn’t explore the entire map because the bridge was blocked off up until a certain mission. That’s how I think this is going to be, not like you spawn in at the start and have every location open to you from the get go.

Do you think we will get much variety in environment? I think my biggest worry is it will look very samey throughout, obviously I’ve never played it, so it could be a silly worry

Or it could be allievated when I’ve seen more of the game on the run up to launch, either way I’ll play the game for myself on the series x day one

Rest assured, you can take a look at this, it is the Zeta ring we gonna explore in Infinite. Just a glimpse here but we can see varied biomes and environments…Creatures roaming and interacting between each others…

Posting this link again, it is from the Halo ring experience created by 343i.

I also believe it is Bonnie Ross talking in the promotional video. 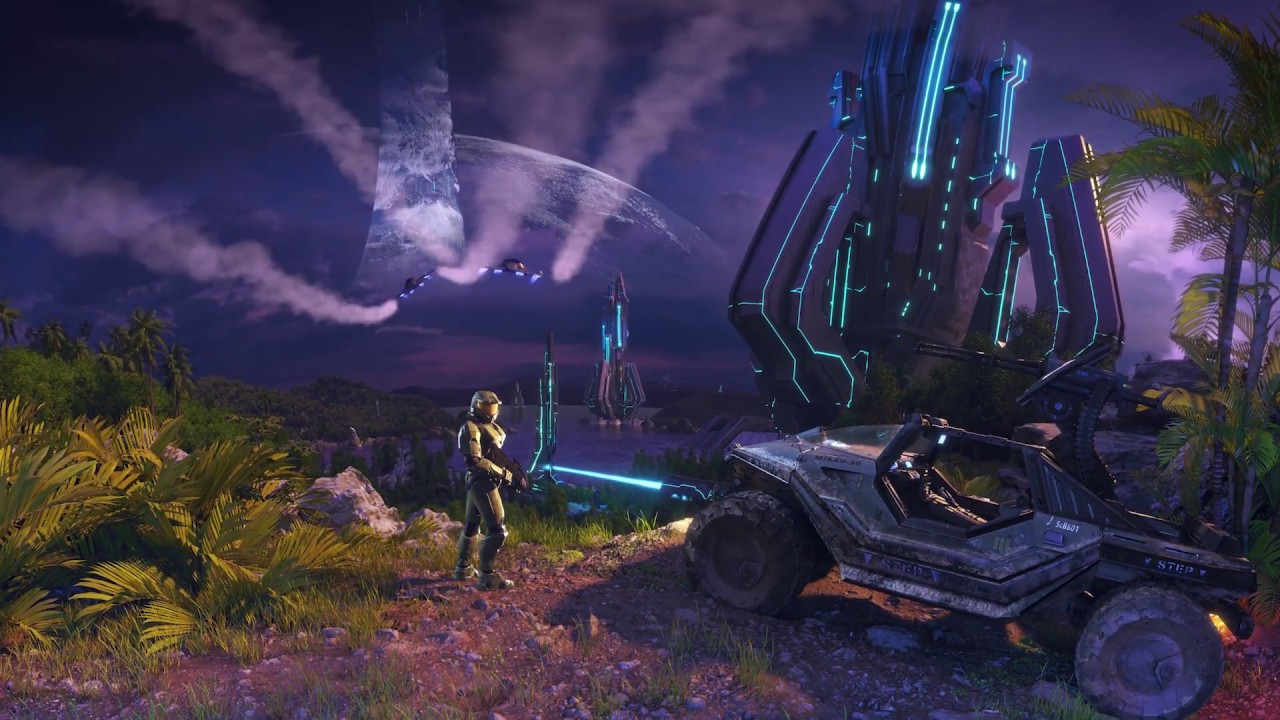 You can read this too below Here's how 'Halo: Outpost Discovery' may be related to Halo Infinite

Halo: Outpost Discovery is an upcoming Halo fan experience coming to a city near you this summer, but is there a chance that it may actually contain hints to Halo Infinite and its story? Our resident Halo aficionado Brendan says there is. Here's why.

In my opinion, that’s good news.

Tbh I always figured it would be much more of a Darksiders 2 style open world game where there are multiple different worlds that basically serve as levels (or multiple levels) and all of them were very open to explore with until you started a dungeon (or level) in which case things became linear.

that’s great news, open world sucks. Sounds like it’s more metroidvania, and hopefully the game doesn’t fall into the traps metroidvanias come with but does something to evolve the genre. Ori WOTW was an excellent metroidvania and its movement system lended to rather flexible traversal even before unlocking enhanced mobility charms, so Halo should have a decent sandbox even before unlocking several new mechanics, but those mechanics evolve the existing sandbox as and when they’re unlocked and not be as simple as “you just couldn’t do this before, now you can”

The open section they show at 0:52 has soooooo much more life to it, the swaying grass itself made it better than whatever they showed in the demo. Swaying grass doesn’t lie fam, it’s like 70% of the charm of Ghost of Tsushima lol, so I hope the actual final release has vegetation and biomes that are more alive and reacting to the elements than being these static models.

Thats fine. It sounds like Metroid Prime in some sense. I love that world design. Enough for exploration and such. I do hope there will be massive vehicle battles as well. Like Assault on the Control Room from Halo CE. Man I loved that level.

The most recent trailer made that obvious, since we see them arrive at the location, and that apparently takes place a few hours into the campaign.

That sounds perfect to me.

I just want to have the same kind of fun that I had in the original trilogy with friends. If I can get that here then I don’t care if it’s completely open world or not.

Not sure if this is a new image but saw it in an article talking about the open world and it looks great. 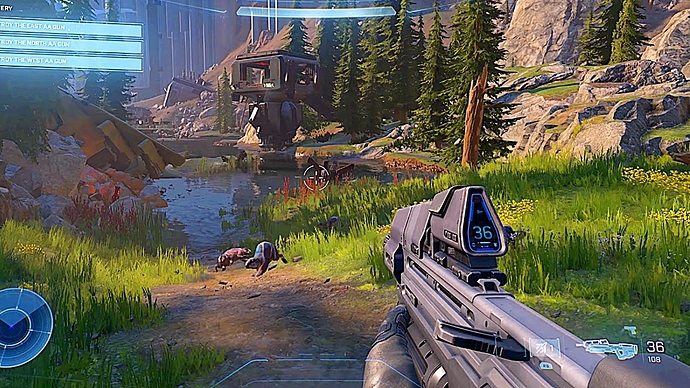 I can’t wait until we get another info-dump on this game. You get the feeling we’re in for something truly massive and epic, but I’ve tempered my expectations somewhat since the reveal. This is definitely coming in hot…

The imagination runs wild just thinking of all the possibilities though, especially the Metroid-vainia exploration that’s opened-up with a decent upgrade system and useful pick-ups.

I don’t find this negative at all, in fact I see it as something positive. I always see devs like Rockstar bragging about how huge their world are and yes, they make great worlds but size isn’t everything. It really isn’t.

Thank you, I’ll definitely check this out :)!

Thank you, I’ll definitely check this out :)!

This sounds exactly like what I want and should make my son excited too because he was worried that Halo Infinite would end up seeming like an Ubisoft littered map game that wouldn’t progress the story in the way that Halo has previously. It sounds like they are trying a hybrid approach, which would be cool here.

this sounds perfect for halo

Would much rather prefer smaller, denser worlds, than a single vast, empty world.

Devs can connect the various areas by unlocking traversal abilities like the grappling hook or wall running for example, or diving underwater or running on it, or even breaking walls etc you know the metroidvania famous skills.

Also since the Zeta ring seems broken, maybe the previous areas can be repaired, reconnected together too…After the metroidvania part fullfilled and all said and done, that is when the game can go open world at the end…

Plus it was officially said Halo Infinite world is bigger than Halo 4 & 5 combined.

Indeed. And also, since 343i wants Halo Infinite to be The Halo experience for the next 10 years, I can imagine that even with big areas to explore there will be areas in this broken ring to be added in future updates.

Kind of what Bungie is doing with Destiny, but in a larger scale I hope.

This sounds great to me. I much prefer games that do this style such as tomb raider or god of war, or even gears 5, than a fully open world that is barren or detracts from the story pacing, while also being filled with too many collectibles etc. I find this style easier to approach and more enjoyable. Can’t wait for this game!