Grubb (SPECULATION) - Microsoft could remaster all major Microsoft Franchises, including Gears and Fallout

If they remaster Morrowind they need to update the hit detection from the roll of a dice mechanic. Because while totally do able as long as you concentrate on what you want to use as a weapon, it can be frustrating until you have high enough affinity with a weapon.

Its a good thing microsoft has resources aplenty then

Fallout 3 and Fallout New Vegas need a remaster like the Modern Warfare remasters or Halo 2 Anniversary.

Its a good thing microsoft has resources aplenty then

Money is not a problem, people are.

@SkullziTV
Heard all of these rumors months ago, but back then most of the usual insiders said it wasn't legit. I guess it was. According to recent rumors at least. twitter.com/SkullziTV/stat…

Heard a rumor about Bethesda opening a new studio that focuses on remasters or remakes? Might be called Artifact Studios. Not sure if this is legit or not but heard it a couple times now so makes me wonder...
1 Like
Failwood February 24, 2022, 9:38pm #27

I just hope it’s being done by a third party.

Same. I would hate new content being delayed to push out old content in a shinier coat.

This should please everyone who asked for Xbox to copy PlayStation on games. Now they have by going heavily into Remaster / Remake territory.

At least they’ll be part of GamePass service.

I advocate for copying Sony in whay they do best (marketing and localisation), also I find it funny they now like remasters when during the BC/X1X period they said they were more about keeping fhe original old games. Anyway, if it’s a mean to release more titles in the roadmap and update old ass games, it’s certainly a positive. 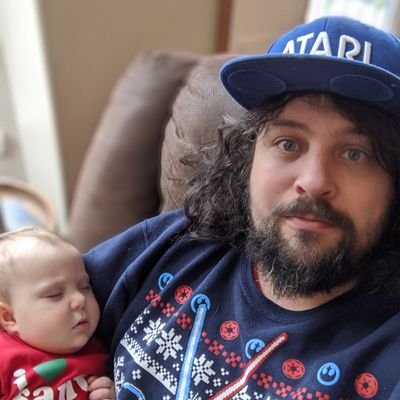 @JeffGrubb
I was speculating. twitter.com/NESbot_feed/st…

@JeffGrubb
I was speculating. twitter.com/NESbot_feed/st…

Jeff Grubb : "they're (MS) are planning to remaster all major franchises under Microsoft..." https://t.co/kT6q0aS1Oc

If he didn’t write an article about it, it’s all just educated speculation on his end.

No need to worry about this as this was just speculation from Grubb.

I won’t absolve of him of blame but it’s very common for leakers to get their words blown out of proportion when they talk candidly on their podcasts.

With Jeff, you have to remember that whenever he says “I think” he is speculating and at that point take what he says with a pinch of salt.

I won’t absolve of him of blame but it’s very common for leakers to get their words blown out of proportion when they talk candidly on their podcasts.

Which is exactly why he should be more careful with what he says, just say that’s “just me speculating” and it wouldnt be an issue

Fable The Chicken Chaser Collection is back on the menu.