Game series you used to love...but lost interest in 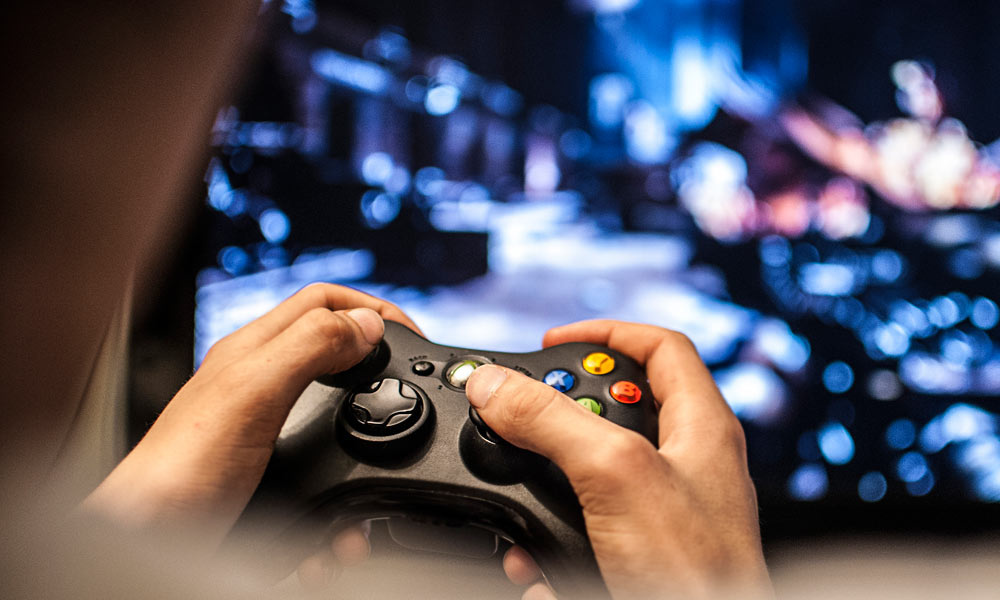 …and what you’d like to see them do to get your interest back.

For me personally i’d have to say Gears of War. I was a huge fan back in the 360, even ended up buying the Gold Lancer edition of Gears 2, absolutely loved both the campaign and multiplayer (especially horde) but nowadays i find the Gears games don’t quite grip me as much as they used to. Gears 4 was solid and Gears 5 is technically an amazing looking game but i still feel they rely too much still on the whole waist high cover battles and i’ll admit i’ve never really warmed to any of the newer cast of characters.

What would probably get me excited about Gears again is if they went all out with some of the things they did introduce to Gears 5. Expand more on the open world segments, don’t make them as barren and empty next time around (the snowy parts looked amazing). I’d like to see them expand more on the core combat gameplay as well. I know the “pop and stop” gameplay is in Gears dna but i would be nice if they could maybe push that forward more, maybe make the character movement more fluid. I’d most definitely be interested in a more horror themed Gears game. With the lore and monsters that Gears have, i bet the Coalition could come up with something special.

The other series for me is probably Halo. I still think 343 are capable of coming up with a universally loved Halo game, but at the moment the story has lost its way a little bit with what happened in Halo 5 and i didn’t really enjoy the characters (I think we got too many characters introduced with not enough time to flesh them out). Gameplay wise i’d like to see 343 give us some top quality enemy AI again. They did a good job of making Hunters seem more dangerous in Halo 5, i’d love for them to do something similar with the Elites to make them feel genuinely threatening again. I like the little changes we’ve seen so far with limb specific damage and Grunts being hurled across the battlefield. Hopefully we end up with more stuff like this to help make fighting the covenant again feel somewhat fresh.

I can definitely see myself loving Halo again if 343 can bring everything together with Infinite. I still absolutely love the large vehicular levels of the Ark and Covenant and i hope we get stuff like this in Infinite. As for Gears, i’m not sure i’ll ever warm to the new cast but i’m interested to see what the Coalition come up with on Unreal 5 and given even more time to work on Gears 6.

Are there any game series/franchises that you used to love but find yourself bored of now or interest on the wain? If so what made you lose interest in them and what (if anything) would you like to see them add or do to maybe get at least some of your interest back?

Gears of War and CoD, I lost interest in them because they didn’t evolve just more of the same.

Don’t think I’m gonna buy it this year though. I couldn’t see the state of my favorite football clubs in the game… it would ruin my fun

Gears definitely, played the hell out of 1, 2 and 3. Not played anymore, really wish TC would go and do something else.

Football Manager, gave up several years ago after playing it since early 90’s.

Call of Duty is probably the main one for me. Imo, Black Ops was the best it ever got. Black Ops 2 was good, but MP was the only part that was arguably on par or better than the original.

Gears definitely, played the hell out of 1, 2 and 3. Not played anymore, really wish TC would go and do something else.

Football Manager, gave up several years ago after playing it since early 90’s.

Football Manager used to be permanently on in the background of my life. Watching TV, playing Pro Evo, travelling for work, I’d always have that laptop with me on the side, but last three years or so I just don’t have the energy or time for it.

Diablo - Honestly 3 plays great, but after South took over it was clear they didn’t have the first clue about the writing or atmosphere that contributed to making 1 and 2 so good. The art wasn’t really the problem either, more how aggressively dumb the characters, plot, and presentation were. I don’t have a lot of hope for 4 to meaningfully change this even if they avoid the issues 3 had with auction house etc.

If they made something in the spirit of Diablo 1 with modern gameplay I’d be all over it. Limited geographic scope, understated but horror tone, etc.

Uncharted - Please just let it end, I thought I enjoyed 4 as I was playing it but the thought of hiding behind one more wall while a grenade comes over and Nate says " oh crapcrapcrap" one more time makes me want to stab my eyes out. Tried Lost Legacy and got a couple hours in and realized how tired I am of the formula. Played earlier games multiple times including a platinum or two.

This might just need enough time away, or a totally new set of characters, or maybe I was ruined by games with more interesting combat like Quantum Break.

I’d like for the new ones to have as much customisation as underground and most wanted did and for police pursuits to be as fun as most wanted and for the driving to feel better in the new ones.

Gran Turismo. Used to love that series, but they didn’t release a game for like 6 years. Meanwhile, Forza came out with 3-4 games in that same time frame and won me over.

Saints row, after falling in love with the first two, the tone shift they had with the third, 4 and gat outta hell just turned me ckmolete off. The magic of the second and charm of the first have been lost

FIFA for me. Haven’t bought a new one in 3 years. Weird to admit this but I have more fun in Rocket League playing soccer than actual FIFA

I’ll echo FIFA. The game hasn’t evolved enough, and I’d say the evolutions made aren’t even necessarily good or fun to use. On top of Ultimate Team being absolutely terrible (never been my focus though), the main issue is how year after year they seem to be wanting to push the “fake excitement” more and more. Back in the days of FIFA 11 or so, I could easily stomp someone who was worse than me, or get mauled by some FIFA god, even 8-0 if things went bad. Nowadays, the game’s creators are convinced people are more addicted if every match is close, exciting, unpredictable. So the dominant player hits the bar 8 times, his defenders stop running, his attackers’ accuracy drops even if it’s literally made out of Ronaldo, Messi and Neymar, while the opponent gets all kinds of crazy deflections and help. Hell, by now it became obvious how to “cheat” the system, as in when to push and when to intentionally struggle to have the game advantage when it matters the most. I had my share of fun working around this dumb mentality, but I can’t say I’m interested in it any longer. When a FIFA drops on EA Access, I usually play a bit of online and maybe push through a season of career or so, but that’s it. If I think that there were FIFA games where I did like 10 seasons in solo and won the highest League online like 13 times, it’s quite the low amount of interest by now.

FIFA for me. Haven’t bought a new one in 3 years. Weird to admit this but I have more fun in Rocket League playing soccer than actual FIFA

I’ve just lost any and all interest in the mainline series because of just how fucking three gens behind it looks and feels and to a great degree, plays. I still like the core mechanics and dabble in competitive now and then, the actual games themselves I have lost all hope for. The kind of stories that’s possible in the Pokemon universe that just continues to remain untapped is saddening. Also because they don’t seem to want to give the mainline series to any other developer, which has stagnated the franchise to no end. As long as GameFreak is at the helm of Mainline Pokemon or to cut them some slack, not given more than a year or two to work on a full priced title, it’ll stay trash or keep getting worse, and I say that as having played their games for six generations and having largely enjoyed everything. Look how much time Zelda gets, because it isn’t bogged down by bad release schedules and other corporate interests, at least to the same degree.

Shit just went downhill after Unova, and I don’t see any true excitement for the series in the coming years, it’s basically a fucking FIFA game now, yearly to biannual franchise inherently stagnated by design, kept alive by simply having access to a cash cow IP mainly aimed at merch and licensing and a guaranteed fanbase that is adverse enough to new experiences in their beloved franchise that nothing new comes out of the conversation.

The only pokemon games I play these days are the fan games and ROM hacks that have significantly better stories, fuller experiences when it comes to content, neat new additions to gameplay, and because all of em are pixel art based, some look even better than the mainline games, especially now that they’ve gone full 3D and simply fail to look any better than a Gamecube game from decades ago.

Only a franchise like Pokemon could not only survive the biggest backlash in series history but also set sales records in the entire series history despite all of it. That’s just baffling to me and I’m out.

My wife says Warcraft. The games have lost her interest but the lore remains something she reads on the wiki.

For myself, probably the CRPG genre. Pillars of Eternity, Divinity: Original Sin 1 & 2.

I made a decision when Blackops 4 shipped to not buy, because there wasn’t a SP campaign. I’d already been irritated with the whole bouncy, jumpy play style and thought the whole exclusive content thing for a large multiplat brand was bad, but the decision to kill the SP campaign did it for me. I didn’t buy it. Then we got Modern Warfare, and I tried it, but the focus on Warzone really made the MP experience kind of dry for me.

I’m not sure what Activision would have to do to bring me back. I miss playing with my friends, but continuously throwing money into the COD pit makes no sense to me. The gaming is so so, the focus on Sony exclusivity is irritating, and the lackluster map design has me feeling meh.

Battlefield, since EA took over DICE it’s not been the same.