The pre-load for the upcoming Xbox published Game Pass game As Dusk Falls is here and it weighs in at a surprisingly beefy 22.3GB on Series X. The game releases on July 19th, coming from developer INTERIOR NIGHT, and is a mix of animated backdrops and still images of people.

Xbox.com describes the game as:

As Dusk Falls is an original interactive drama from INTERIOR/NIGHT that explores the entangled lives of two families across thirty years. Starting in 1998 with a robbery-gone-wrong in small town Arizona, the choices you make have a powerful impact on the characters’ lives in this uncompromising story of betrayal, sacrifice and resilience. Replay the story again and again to uncover vastly different outcomes for the characters and explore hidden nuances behind every decision. Will your characters survive unscathed?

What kind of people will they ultimately become? Drive the lives and relationships of multiple characters in a decades-spanning story told across two intense books. Uncompromising Crime Drama. The cinematic story is brought to life by the performance of actors that are digitally rendered into a beautiful art style, creating a unique experience that plays like a motion graphic novel. Sacrifice vs Survival. Can you break free from your family’s toxic influence? What will you sacrifice for the ones you love? Can you overcome your past? Your decisions will shape the characters’ fates. Interwoven Destinies. Follow two families in their struggle to survive, protect, and endure through challenges rooted in the previous generations’ mistakes. Experience Together.

Reveal insights about yourself and those you play with as you discover the underlying values of your decisions in cooperative gameplay with up to 8 players at a time, locally or online (or a mix). The As Dusk Falls companion app makes making choices in game easy, just use your phone or tablet to vote with or against your friends. (Online console multiplayer requires Xbox Game Pass Ultimate or Xbox Live Gold, subscriptions sold separately). 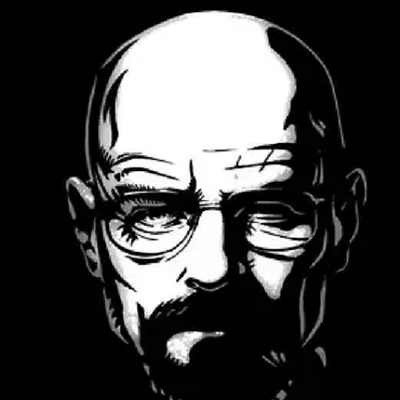 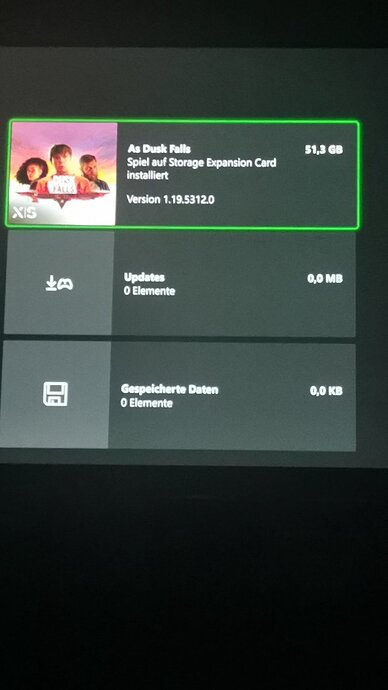 51.3 gb for me as well, that seems strangely large

51.3 gb for me as well, that seems strangely large

yeah when it first hit I got 21gb, just checked and it’s freaking 51! nuts for this type of game

How will XboxEra review this game? Single player or multi?

How will XboxEra review this game? Single player or multi?

Depends on how many codes they send. @Sikamikanico is planning to handle it, and hopefully the send us a lot so that we can try it out together with him to get the full experience.

Kinda Funny Xcast did a preview of this game a couple of weeks ago. They were pretty impressed.

0 excitement but its on gamepass and I’ll give it a go. NOt really my style of game at all. 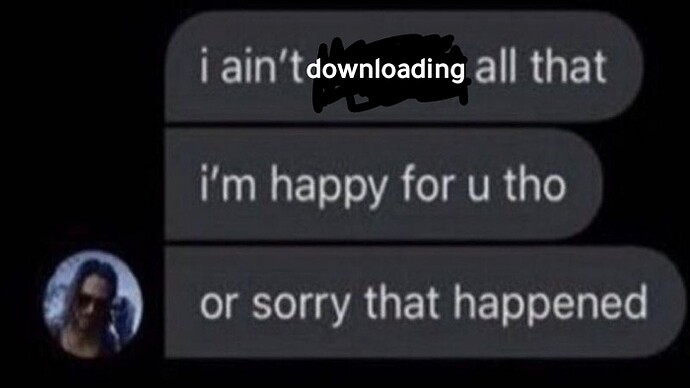 Damn. I’ll still be downloading and playing it but once I’ve competed it I doubt it’ll hang around like flight sim/ Forza/ halo do.

Yeah, moderately excited. I never saw that kind of artstyle/visuals in a game before, so that is at least a try with Gamepass. Also, not much releasing in the summer so its like the perfect game to release right now. Previews were pretty good so yeah, I’m curious to see the reception.

I don’t know about excited per se, but curious? It looks unique so I’ll try it for sure, the story has to be good to carry the game and I love stories so this might be great.

Damn. I’ll still be downloading and playing it but once I’ve competed it I doubt it’ll hang around like flight sim/ Forza/ halo do.

The download size itself is enough for me to not play this in any form other than streaming.

Weirdly, I have that directly on the TV now.