XboxEra Data and Analytics - Vote Your Top Games of the Gen Now!

Gaming
OneBadMutha November 2, 2020, 6:54am #1
Let Your Favorite Games of the Generation Be Known!

As we count down to the final days of the generation, it’s time for Xbox Era to tally the votes. We will compile the results and then report our XboxEra’s favorite games of the generation based on the scoring system. It won’t end there. Will use your lists to provide additional insights about this communities tastes such as favorite genres, favorite 1st party games, top ranked Indie, top ranked game in the major genres, favorite publishers, proportion of AAA vs Indies, average Metacritic and percentage of multiplayer vs single player games that make your top 10s. If there are other attributes you’d like to see explored (that we can realistically dig up the data for) suggest them along with your list.

Keep in mind that all you need to do is list the games! We’ll find the rest of the data.

Comments about the games you vote for are not required however they’re always great to hear and may be used in the final article. 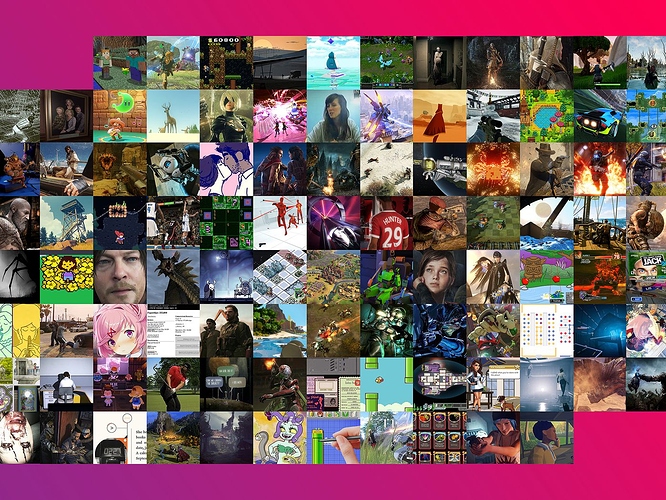 Racing was always one of my favorite genres, but as the years went by I got bored by the usual formula applied in said games. The same can not be said about Forza Horizon 4, though. The game has perfected the festival setting introduced in the first game, combining it with a huge and gorgeous open world that significantly changes after each season. It is impossible to get bored in this giant playground!

Super Mario Odyssey is 3D Mario at its prime. Beautiful visuals, a great variety in levels and some great puzzles and platform sections make it really fun to chase all those moons.

Breath of the Wild is one of those rare masterpieces that redefine a whole genre in such a way that many games start to copy its formula right away. The sense of freedom and discovery make it one of the greatest adventure games ever made – and it is not higher on the list just because of those damn breakable weapons.

Between work and kids i really don’t get time to game like i used to, 360 era and before.

These five i have definitely enjoyed the most.

This is difficult! Could easily have had Horizon 4, Cuphead, Stick of Truth, and any number of other games that were a blast. We are truly spoiled with choice.

And Hellblade! Good luck whittling down your lists…

Im gonna put some time into thinking about this one

Honestly it is hard to pic a order under the third place. There where a lot amazing games I could list easily.

I would have included Halo 5 multiplayer. I love that. I however HATE Halo 5 campaign so it got booted off the list

What else is there to say? I have over 2 months of playtime. I still play it practically daily with my fiancé. The gameplay loop was fun from the first matches when I could barely touch a ball, to now when I regularly score aerials and compete in tournament mode. No other multiplayer has ever kept me this engaged for this long, all other classics were games I went on and off throughout the years.

My second most played multiplayer game of the generation and my second favourite Call of Duty game of all time, behind 2012’s Black Ops 2. This game finally combined advanced movement with the formula well, offering a memorable and ambitious campaign too, crazy zombie experiences, and the best soundtrack of the franchise. So good.

Just one more round, just one more go. This incredible arcade racer has accompanied me through many years, as even last month I went back to clean up some campaign levels despite having played since launch. Fantastic gameplay loop, insane amount of content, skill ceiling through the roof - the perfect formula for a racing game.

An absolutely bombastic single player campaign, with some of the best combat setpieces ever seen in the shooter genre. Adrenaline-fueled gameplay loop, incredible graphics, extremely enjoyable soundtrack, and fan service for all the fans of the franchise. In many ways, the best DOOM ever.

While the 4th installment did improve on some aspects, the overall experience of 3 can be simply recapped as: the best open world racer ever made. It also looks insanely good to this day.

Possibly the best Assassin’s Creed thus far, definitely up there with 2 at the very least. While the story and characters aren’t as good as the classics, no other open world game managed to offer such a vibrant and exciting historic location, and the hundreds or so hours I dedicated to 100%-ing this game is testament to its sheer quality.

I don’t cry with videogames. This is the 2nd time I went astonishingly close. Fantastic places, beautiful atmospheres, perfect storyline. One for the ages.

Limbo’s spiritual follow-up could not disappoint, and it didn’t. A haunting and memorable ride from start to finish, with an ending that will keep you discussing for long.

A controversial continuation of the franchise, but I personally adored how it tackled a Charles Manson-esque crazy cult, digging into the minds and bodies of our scared protagonists. The ending is sheer brilliance.

One of the most unique games released this generation. Time only moves when you do. Sounds fun for what is almost a turn-based shooter, but in reality the story and lore hide something far deeper and more sinister. Very memorable ride.