Some of the greatest platformers in history blossomed in the mid 80’s and early 90s. Super Mario, Sonic the Hedgehog, Alex the Kidd, the list goes on. What is interesting is that they all have a story to tell and they are still highly prominent in the gaming industry to this very day. Games within this genre are exciting to play as they are, for the most part, intriguing for players of all ages and abilities. Ayo The Clown is the latest action-platformer on Xbox One and Xbox Series X|S from developer Cloud M1 and publisher Eastasiasoft. Can this cute and colourful platformer join the true greats of the genre? 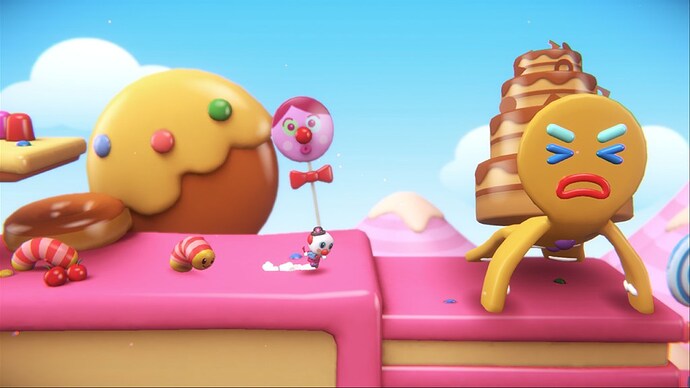 You have an easy to follow story setting in Ayo The Clown which presents itself in the form of cutscenes between levels. These snippets are narrated in a calm and relaxed manner, enough for a child to really process the information. Ayo sets off in his peaceful town and juggles in the park, accompanied by his circus dog Bo. He hangs out at the carnival and longs after the Shoemaker’s granddaughter when things take a bad turn. Bo goes missing and turns Ayo’s world upside down! You can see where the story is going right? It is now your mission to guide Ayo across the colourful yet perilous lands as he searches for his best friend. 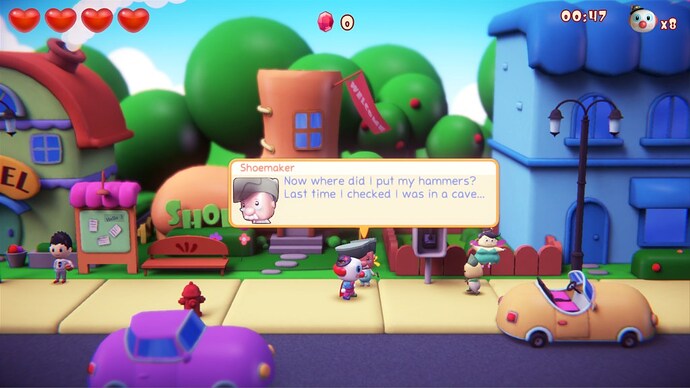 Ayo the Clown is a side-scrolling action platformer inspired by genre classics, enriched with vibrant 2.5D presentation and imaginative designs. The journey of Ayo will have you traversing across a plethora of beautifully illustrated worlds where you’ll need to negotiate objects, deal with enemies, traps and more. There are secrets to discover and you will want to aim to collect three teddy bears and three lollipops each time around. Whilst these are optional, the completionists out there will want to strive towards collecting these on every level.

Cleverly, Ayo will learn new skills as you progress through the game. As you start just being able to walk around, he will quickly pick up how to jump, float to new platforms with a balloon, headbutt through fragile platforms and even jump into a tank. Watching my little boy giggle as he was floating around with a balloon was an absolute pleasure to watch. Picking up these new elements meant you could go back to previous levels and reach areas not possible before. At the end of each stage which is often four to five levels, you’ll come across a boss you’ll need to defeat. Losing lives? Fear not as you’ll just start from the last checkpoint if you succumb to your death. 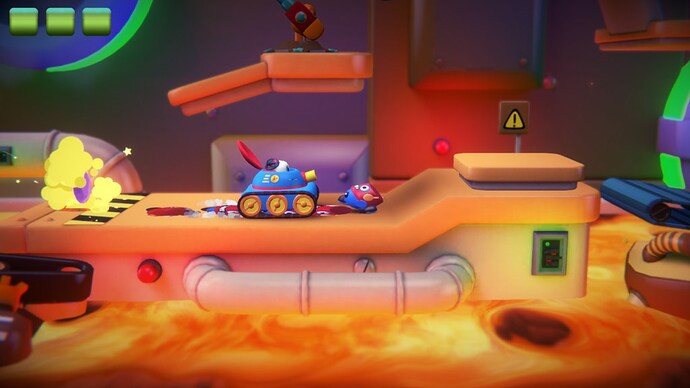 Visually Ayo The Clown is simply stunning. Each level is wonderfully presented with bright and vivid colours with vibrancy throughout. No two worlds ever felt the same and discovering new challenges along the way meant there was plenty of variety in enemy types and well-designed bosses. Cutscenes could have been done with a little more work. Whilst they were well drawn out, the presentation was a little rough in their resolution. This didn’t hamper the core gameplay whatsoever though, so you can forgive the team for a solid performance in the overall production.

Audio design is equally great, from the calm narration of the story to the sound effects, Ayo makes when jumping and dealing with what the worlds have to offer. The blend of what you’re hearing to what is in front of you is sublime. 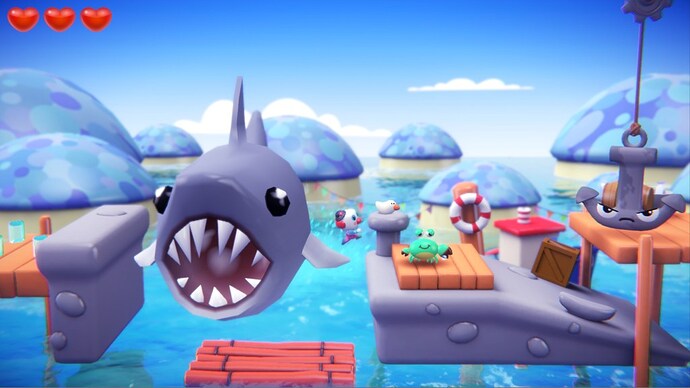 Ayo The Clown impressed me much more than I thought was possible. The game is mechanically solid and provides a stimulating challenge for gamers of all ages. My four-year-old son was immediately drawn in and when he handed me the controller to get through the tougher portions, I didn’t want to stop playing. At no point did the experience become repetitive as the variance in the level design keeps you engaged. Replayability is certainly there with unlockables to find and collect throughout all thirty stages. With a fun and interesting story to compliment an all-round solid package, I’d easily put Ayo The Clown on the same shelf as some of the biggest platformers in the industry. This is one of my favourite indie titles of 2022 and well worth your time and investment.