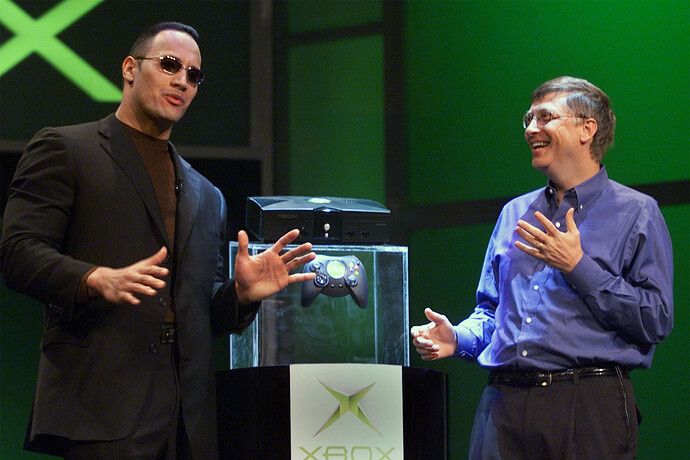 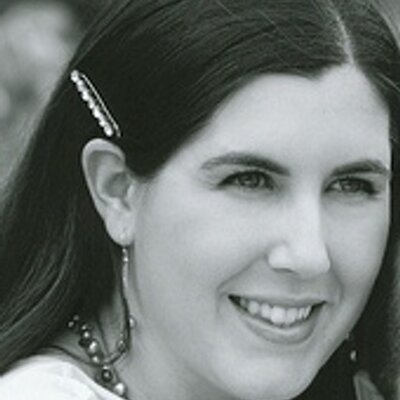 @dinabass
20 years ago today, Bill Gates and The Rock traded wrestling catchphrases over a newly unveiled Xbox at CES. I spoke to two dozen key Xbox figures for an oral history on how Microsoft became an unlikely console powerhouse: bloomberg.com/news/features/…

A great read for anyone interested in the history of Xbox.

Crosspost from the Acquisition OT:

VERY interesting article about Xbox early days and how they tried to acquire EA, Nintendo, Square (now Square Enix) and Midway Games (now NetherRealm Studios). It also talks about how Bungie was already in talks with Take-Two before the Microsoft approach.

BOB MCBREEN (head of business development) The first company we reached out to buy was EA. They said, “No, thanks,” and then Nintendo.

BACHUS Steve made us go meet with Nintendo to see if they would consider being acquired. They just laughed their asses off. Like, imagine an hour of somebody just laughing at you. That was kind of how that meeting went.

MCBREEN We actually had Nintendo in our building in January 2000 to work through the details of a joint venture where we gave them all the technical specs of the Xbox. The pitch was their hardware stunk, and compared to Sony PlayStation, it did. So the idea was, “Listen, you’re much better at the game portions of it with Mario and all that stuff. Why don’t you let us take care of the hardware?” But it didn’t work out.

MCBREEN We had a letter of intent to buy Square. In early November 1999, we went to Japan. We had one of those big dinners with their CEO and Steve Ballmer. The next day, we’re sitting in their boardroom, and they said, “Our banker would like to make a statement.” And basically, the banker said, “Square cannot go through with this deal because the price is too low.” We packed up, we went home, and that was the end of Square.

BACHUS We were talking to Midway about acquiring them. They were very serious about wanting to be acquired, but we couldn’t figure out how to make it work because we’d immediately get them out of the PlayStation business, and we didn’t need their sales and marketing group, and so that left us with not a lot of value.

For anyone who find these stories interesting, I highly recommend the book “Game of X v.1: Xbox”, by Rusel DeMaria. It is full of rich interviews, quotes, photos, prototypes, curiosities and much more about how the Xbox brand started.

This made me chuckle. He’s come a long way. #Xboss

This made me chuckle. He’s come a long way. #Xboss

Fascinating read. It’s crazy to think about how many ways the original Xbox shaped the industry for the next 20 years. “First person shooter on a console? That’ll never work!”

Fascinating read. It’s crazy to think about how many ways the original Xbox shaped the industry for the next 20 years. “First person shooter on a console? That’ll never work!”

And it did even though we got games like goldeneye, turok, perfect dark etc on n64

THOMPSON Some of my meetings were absolutely hysterical. I flew to Japan to meet with a Konami executive. Everybody warned me this guy is a massive drinker. We had a translator because he didn’t speak a word of English, and in the span of a night, we drank an entire case of Asahi tall beers and a bottle of Courvoisier shots. At 4 o’clock in the morning, I make it back to my hotel. I show up at our 9 o’clock meeting. The executive shows up. Nobody else does. The translator was never seen again. The Konami guy just reaches his hand out across the table, shakes my hand and leaves, like, “Deal. I’m in.”

Ahahahahah these japanese people are crazy

During Wii U maybe? Its pretty insane the number of companies microsoft has been interested in buying, irrc they were also going to buy capcom in 2017 but wanted to see how monster hunter did, turns out it did so well capcom didnt want to sell anymore lol

It’s so fun to see how everything came to be. So many ways it could have gone wrong

Fantastic article by Bloomberg. There was a lot of tension at Microsoft.