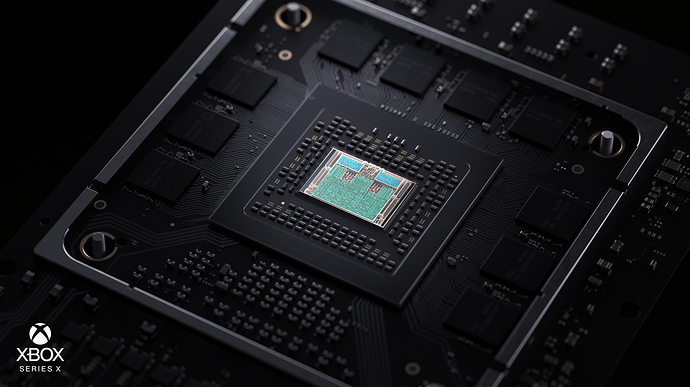 ALOT of misinformation has been spouted about the XSXs “split” RAM pools, namely around how the fast pool is limited to 10GB at 560gb/s, while the PS5 has a unified pool of 16GB to be used any way a dev wants to.

However, now that Nvidia has released their next line of cards, which are far more performent than either the XSX or PS5, so we can see how much VRAM they believe each card will require to perform at their peak.

So if the 3080 only requires 10GB, and those cards arnt guaranteed to have SSDs or Velocity Architecture, then in what world is 10GB not going to be more than enough for the XSX to do everything that will be asked of it?

I think this extra bandwidth the XSX has over the PS5 is really going to show itself.

10GB is enough, especially at that bandwidth.

Then it’s 3 at the slower speed because the other 3 is for the OS.

That 3 at slower speed will go towards other stuff that’s “less important” and doesn’t require the bandwidth pushing pixels does.

Still not an ideal setup imo

Not ideal, but with the pricing considerations in mind, I do think it’s the best setup they could’ve gone with, better than the wholly uniform slower memory.

There are always compromises due to the reality of actually having to sell these boxes. This is a compromise, but it’s undoubtedly fine for what it’s got to achieve.

This misinfo was cleared up months ago but people argued it endlessly on the other forum. Series X RAM solution is smart and economical and superior to the PS5.

This is definitely a compromise yeah, but I think that’s one that the benefit far outweighs the cons.

Since 360 MS has kind always try to give their gpus enough bandwidth so it won’t be a problem. Both 360 and xbone had some issues with the fast pool size, and X was the first where they could provide a truly unified pool at the desired speed, but it definitely had its cost.

SX is like in the middle. They will offer the gpu the bandwidth it needs, without any of the size constraints of 360 and xbone. But at a lower cost than what the whole memory setup being at the same speed would.

Right now their setup costs roughly the same as the ps5 one, but can provide up to 112GB/s more when needed and instead of worrying about fitting BW heavy buffers into 10 or 32mb of ram developers have 10GB.

Not ideal, but with the pricing considerations in mind, I do think it’s the best setup they could’ve gone with, better than the wholly uniform slower memory.

I thought it was a compromise, especially after seeing how the One X has 12GB, and for a console with over twice the power and only a 33% increase in RAM, but I am happy it is fine. If the 3080, which is a far more powerful GPU than is in the XSX, is fine with 10GB of VRAM, and no SSD as standard, XSX is gonna fly with what it has.

There is only one compromise and that is cost. They explained it very good at Hotchips. The price reduction on DDR memory is not as good as for example with flash memory. So they decided to invest there. And fwiw system applications, CPU and Audio don’t need the 560 GB/s anyway, they shouldn’t be bottlenecked by the 336GB/s.

Its a clever compromise to allow them to have a server SKU with much more RAM (and probably faster RAM), and a consumer SKU with less RAM.

I don’t know anything about hardware, so I can only guess.

My thoughts are that, at worst, the Series X will have 448gbps for the GPU only.

I don’t know anything about hardware, so I can only guess.

My thoughts are that, at worst, the Series X will have 448gbps for the GPU only.

The rest is for things like CPU stuff, sound and of course OS

There has been a try to say stupid things like xbox’s bandwidth is “shared”, but that is not true. Every memory bank has access to its full bandwidth at all times.