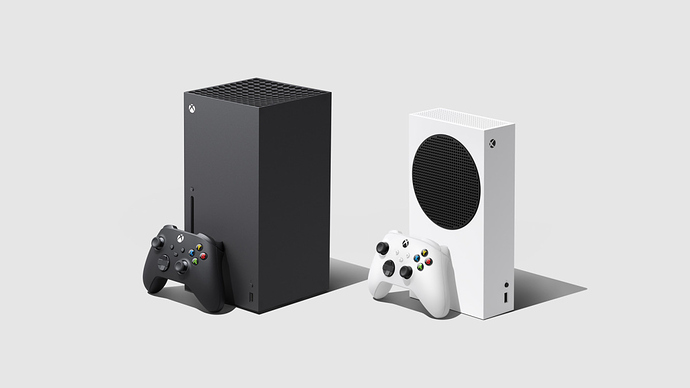 I’m in the UK. We are now 15 days post launch. We know on launch day more Xbox’s were sold than any previous launch and in the UK it was estimated to be 155K units. Slightly above any previous UK Xbox launch (the largest being the Xbox One). Now before I get the usual doom and gloom merchants piling in - this thread is not in any way about extrapolating demand or lack of supply to lifetime sales. That is impossible to do. Nor is it saying anything about the brand or its popularity.

Its merely to reflect on a demand (whether caused by lack of supply or pent up demand or a combination of the two) in the UK that I’m not sure I’ve ever seen before. The initial stock went within a few hours of pre orders going up. Since then we’ve had a small extra amount going live around launch day and retailers like John Lewis who didn’t sell pre orders selling out a week later a few minutes after they put them live. Second shipments have been going up on various major retailers some for immediate pick up others for delivery in December - yesterday Game and Currys had December batches for sale. Game basically sold them all in ridiculously expensive bundles - extra controller and an Xbox t shirt and hat for £600 and they sold out within minutes. Their S stock (also in ridiculous bundles) also sold out but did last a few hours. Curry’s sold out the series X in 3 minutes yesterday. Argos went live overnight at 1am and they were all gone this morning - though some of those were for immediate pick up.

Now we know that there is a shortage of supply BUT we also know that two weeks after the XB1 and PS4 launch it was relatively easier in the UK to pick up a unit. Not totally easy - but still easier than this.

So I come to elasticity of demand - I popped on ebay - here is a live Series S console - brand new on ebay 42 bids- still 4 days of bidding left already at £430 - thats £430 for a Series S that retails for £249 in the UK. Now yes historically Series S on ebay are going for £320-380 but still way way over asking price. And we know the S is not in as much demand right now as the X. Yet we’re seeing hugely elastic demand for the S even - its selling out even in ridiculous Game bundles and going for way over RRP on ebay.

This is 2 weeks and a day after launch.

So the takeaways are - there is a huge shortage of consoles (and PS5 is even worse here) - huge pent up demand (whether that is larger or smaller than anything else is NOT something we can say and not the point of this thread) and in essence right now these things in the UK are selling as soon as they are available. This was NOT the case in 2013. They sold out at launch but within a week you could walk into a Game or Argos and have a reasonable chance of stumbling on an Xbox One.

I have lots of anecdotes of people I know who didn’t have an Xbox One at all who are buying a Series console - not that anecdotes mean much - but I’d be fascinated how many new entrants are coming into the Xbox ecosystem, or at least people who skipped Xbox last time…anyway what is it like elsewhere?

Blockquote all the stuff about no launch exclusives is entirely irrelevant

Exclusives don’t move as much as people think they do. Casuals just be playing cod, fifa, fortnite, madden and 2k.

A total different picture than 2013.

I can anecdotally corroborate. I have a friend who fiercely opposed Xbox in the last gen (having bought and sold it with 2014), but is now desperate for a Series X, chasing down Argos/Currys etc and missing out each time