Xbox has released its September update for the Xbox Series UI. Includes the ability to change the Xbox color on Series 2 Elite controllers 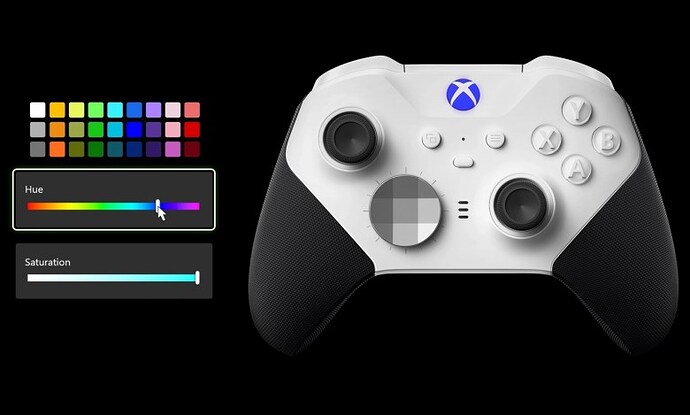 Xbox released their September UI update today and a surprise addition was the ability to change the lite on an Elite Series 2 controller to nearly any color of your choice. The full blog post is copied below:

Team Xbox is excited to continue bringing new ways to make Xbox better, with you at the center, as we refine the experience and deliver brand new features based on your feedback. This month’s update offers customizable Xbox button colors on the Xbox Elite Wireless Controller Series 2, easy access to all your games and apps with a full library revamp, new storage and default installation options, and more. If you play on Windows 11/10 PCs, you’ll be able to share your epic moments with Xbox Game Bar. Xbox party chat noise suppression is rolling out to Xbox One consoles and Windows 11/10 PCs. Plus, the new Party Now feature lets you quickly set up parties on the Xbox app on Android and iOS.

Providing fans with choice and opportunities to express themselves is a core part of our mission. That’s why we are excited to announce color customization for the Xbox button on Xbox Elite Series 2 controllers! Choose from a wide array of colors that combine red, blue, and green LEDs to produce over 16 million hues of light.

To configure the Xbox button color settings, open the Xbox Accessories app on your Xbox console or Windows PC while your controller is connected. From there, choose an existing profile or create a new one, then select the Color tab to see the full range of color options for the Xbox button. You can change the brightness, opting for a low-key glow rather than the traditional shine. Use the Custom menu sliders to see the full rainbow of color options. Don’t see the exact color you want? Don’t worry, this menu also offers Hex Code support, allowing for the precise color you’re after. You’ll need the latest version of the Xbox Accessories app and the Xbox September update to customize your Xbox button color. If you don’t see the option to choose your color, try restarting your Xbox console by navigating to Settings > General > Sleep mode and startup > Restart now to get the update. 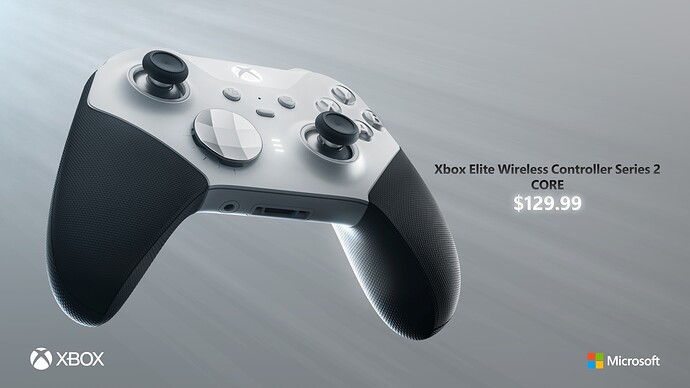 If you don’t currently own an Elite Series 2 controller and want to take advantage of changing your Xbox button color, consider picking up the new Xbox Elite Wireless Controller Series 2 – Core in white. It’s designed to meet the core needs of today’s competitive gamers, putting exceptional performance, customization, and durability where it matters most — in your hands. Experience adjustable-tension thumbsticks, wrap-around rubberized grip, and shorter hair trigger locks. Enjoy extensive customization with exclusive button mapping options in the Xbox Accessories app. Stay in the game with up to 40 hours of rechargeable battery life, which varies with usage and other factors, and refined components that are built to last. Add even more customization to the Elite Series 2 – Core or replace components on other Elite Series 2 models with the Complete Component Pack.

Now it’s easier and faster to find all your games on your Xbox Series X|S and Xbox One consoles. The My games and apps Full library view has been redesigned to streamline access to all games you have access to install and play. All games now shows all the games you own as well as any games you have access to with your current Xbox subscriptions, including Xbox Game Pass, EA Access, and claimed Games with Gold. You also get easy access to catalogs of your subscriptions, editorial content, and all your apps. 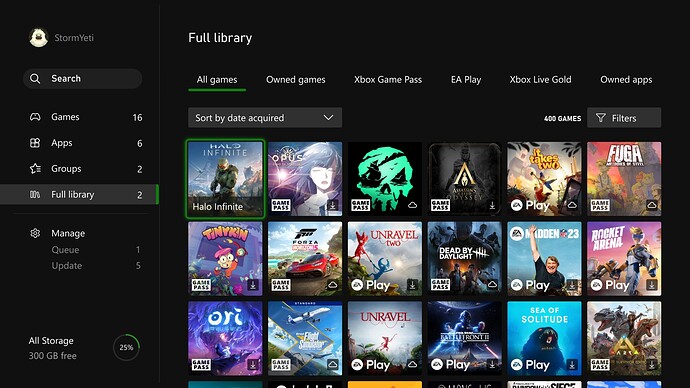 Select storage locations for your games and apps on Xbox consoles

In the settings for storage devices, select Change installation locations if you have external drives or a storage expansion card attached. You can select a specific drive as an installation location, or “Let Xbox decide” where to install the content for the fastest drive with available space. 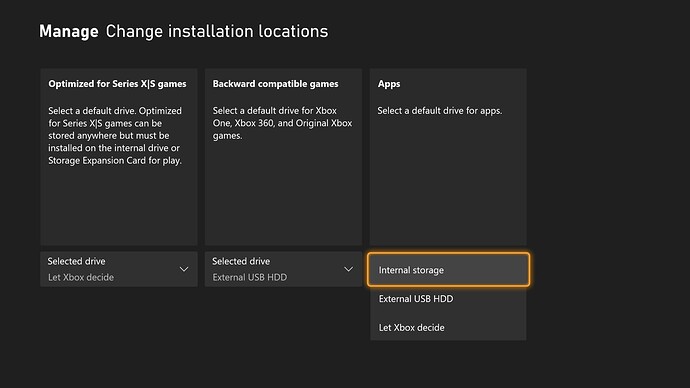 Xbox Game Bar works with most PC games, giving you instant access to widgets for screen capture and sharing, finding new teammates with LFG, and chatting with Xbox friends across Xbox console, mobile, and PC—all without leaving your game.

Xbox Game Bar now allows you to get a shareable link for any capture you want. Share your captures anywhere – SMS, WhatsApp, Twitter, Messenger, and more. If your settings are set to Public, anyone who gets your link can see your shared captures.

While playing a game, press the Windows logo key + G on your keyboard to open Xbox Game Bar. If you have an Xbox controller plugged in to your PC, press the Xbox button.

You can click Copy link at the bottom of any selected gaming capture in the Xbox Game Bar gallery, which uploads the capture (if not uploaded already) and provides the shareable link once upload is completed. 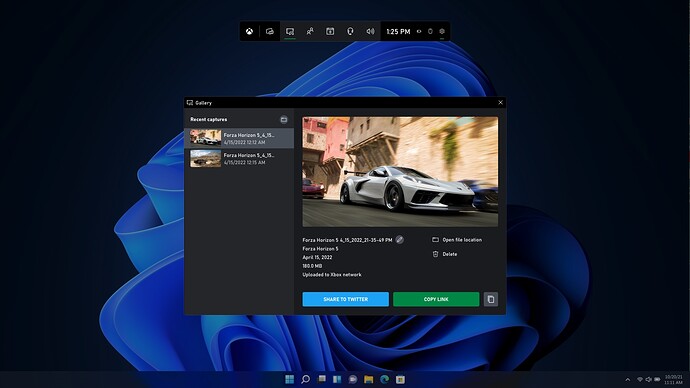 Last month we announced party chat noise suppression on Xbox Series X|S consoles. This month, we’re rolling it out to Xbox One consoles and Windows 11/10 PCs. If you use party chat, you may notice fewer unwanted noises and interruptions than before. Noise suppression helps remove noises like gamepad clicks, breathing, and background noise from your parties. 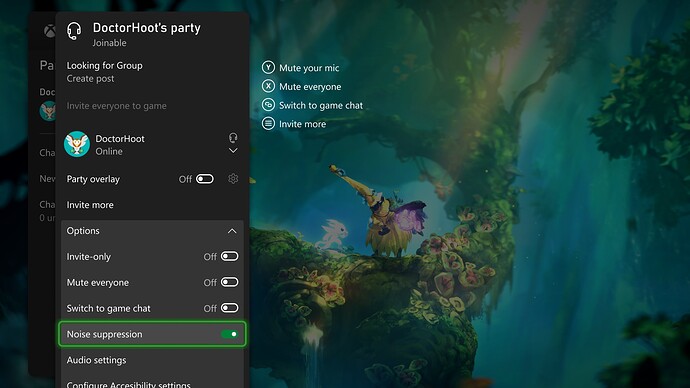 The new “Start party” button in the Xbox app makes it easy to jump right into the game with your friends. Now there’s no need to create a party from scratch each time you want to get your friends together.

To get started, look for the new Parties option on the Social tab. You’ll see a list of all your recent parties, from which you can restart a party or create a new one. You can also easily select which friends you want to invite. 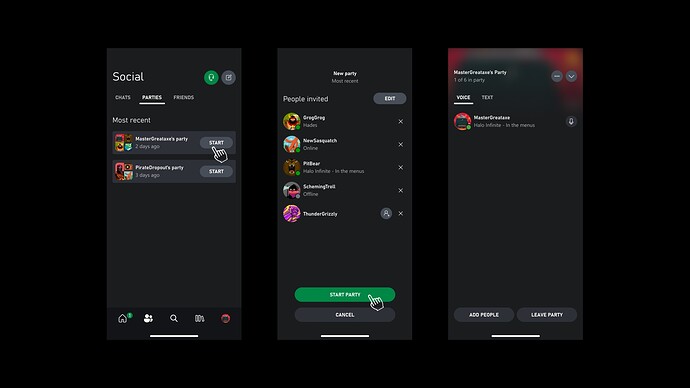 Help shape the future of Xbox

Stay tuned to Xbox Wire for future updates and all the latest and greatest Xbox related news. For support related to Xbox updates, visit the official Xbox Support site.

We love hearing from the community, whether you have a suggestion for a new feature that you’d like to see added or you want to give feedback on existing features that could use some improvement. From game capture and share improvements, to helping games load faster, new ways to connect with your gaming community, and so much more, we’re always listening and looking for ways to improve Xbox experiences for gamers around the world.  If you’d like to help create the future of Xbox and get access to features like Xbox Cloud Gaming (Beta), download the Xbox Insider Hub on your Xbox Series X|S, Xbox One, or Windows PC today. Let us know what you think – we’re always listening!

Gonna wait and see what Design labs option for this is before purchasing. :purchasing: hopefully you get an option to remove the rubberize grips and have the normal ones

I doubt that’s an option, especially because that’s exactly what I would do. Give me the harder textured grips like the Series Controllers.

I doubt that’s an option, especially because that’s exactly what I would do. Give me the harder textured grips like the Series Controllers.

WHAT? That’s so crazy. It’s such a nice touch.

Tempted to get, but waiting for design lab, but I’ve seen some mixed things online about build quality, which is making me hesitant.