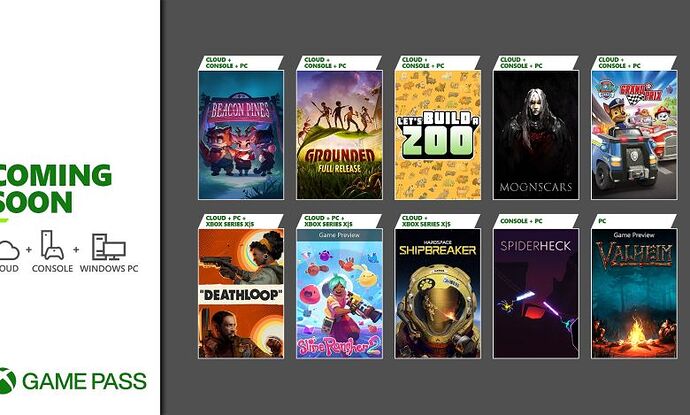 The second September Game Pass drop just hit and it brings with it 11 (though only 10 in the blogpost) games with it. All of which were known previously outside of the Day One release for Paw Patrol: Grand Prix. Prodeus is coming to the console as well though it was omitted from the blog post, perhaps due to timing reasons.

Games leaving the service on the 30th include:

We’re back to bring you a bunch of games to close out your September. In case you missed the Tokyo Game Show, we even dropped a few games you can play right now! Let’s look at the games coming soon and updates you can check out right now.

Deathloop (Cloud, PC, and Xbox Series X|S)
In the critically acclaimed Deathloop, two rival assassins are trapped in a mysterious timeloop on the island of Blackreef. As Colt, the only chance for escape is to end the cycle by assassinating eight key targets before the day resets. Learn from each cycle, try new approaches, and do whatever it takes to break the timeloop. Enjoy a slew of features like photomode, accessibility options, and the Goldenloop Update with a new weapon and ability, cross-play matchmaking, an extended ending, and more. Put an end to eternity today on Xbox One consoles with cloud gaming! 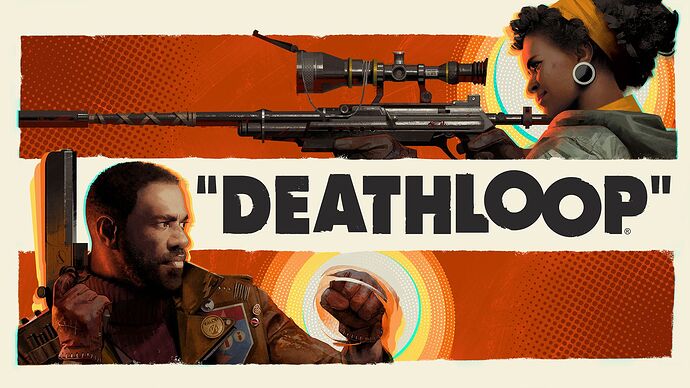 Hardspace: Shipbreaker (Cloud and Xbox Series X|S)
Available now with PC Game Pass and coming to Cloud Gaming and Xbox Series X|S today! Equipped with cutting-edge salvaging tech, carve, and slice a variety of derelict spaceships at will in zero-g to recover valuable materials. Be careful with your tools: you don’t want to trigger an explosive chain reaction that could be deadly, or worse – costly! Upgrade your gear to take on more lucrative contracts to pay your debt to Lynx Corporation through a compelling campaign, relax in freeplay, or compete in timed challenges.

SpiderHeck (Console and PC) – September 22
Available on day one with Game Pass: SpiderHeck is a fast-paced couch co-op brawler. Duel to the death against your friends and catch delight as they pull off the ultimate parkour feat, before catapulting themselves face-first into the lava. Or join forces and show those pesky insects who are the real heck masters here!

Beacon Pines (Cloud, Console, and PC) – September 22
Available on day one with Game Pass: Beacon Pines is a cute and creepy storybook adventure where you use charms to rewrite fate. Something strange is happening and Luka and his friends are the only ones taking notice! Sneak out late, make new friends, uncover hidden truths, and collect words that will change the course of fate.

Slime Rancher 2 (Game Preview) (Cloud, PC, and Xbox Series X|S) – September 22
Available on day one with Game Pass: Continue the adventures of ace slime rancher Beatrix LeBeau as she journeys to Rainbow Island, a prismatic paradise brimming with ancient technology, unknown natural resources, and an avalanche of wiggling, jiggling, new slimes to wrangle. A mysterious, new world is waiting for you to explore however you choose! 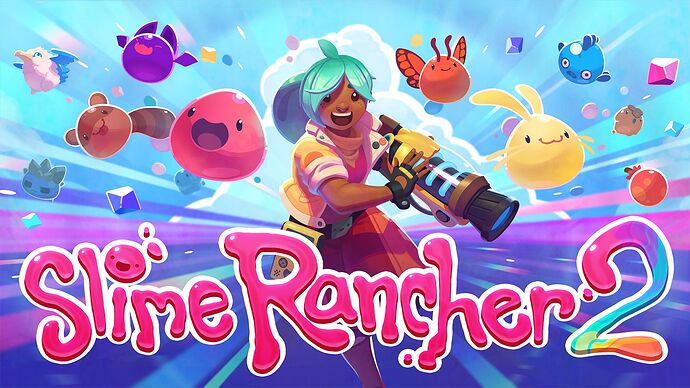 Moonscars (Cloud, Console, and PC) – September 27
Available on day one with Game Pass: Unravel the mystery of your existence in this challenging, yet rewarding, souls-like 2D platform slasher! As the fierce clayborne warrior Grey Irma, you must push your combat skills to the limit and master new abilities to progress through this stunning yet unforgiving world. Facing off against relentless enemies and the cruel mistress the Moon, you will discover your past and finally find the peace you so desperately desire.

Grounded – Full Release (Cloud, Console, and PC) – September 27
The full release of Grounded is coming on September 27! Experience the full story while you and up to three of your friends explore the entire backyard. Discover how you were shrunk down to the size of an ant and why you were put into the backyard while finding a way to get big again. 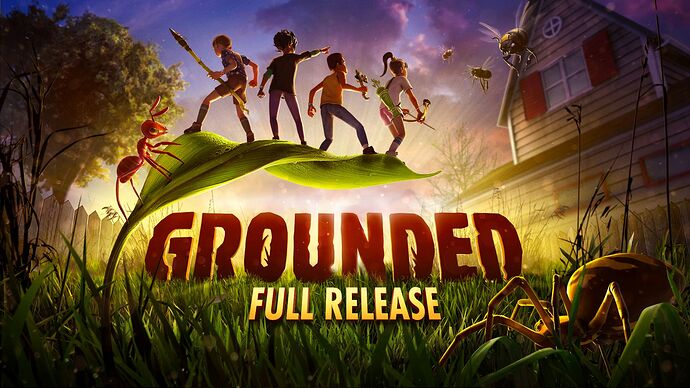 Let’s Build A Zoo (Cloud, Console, and PC) – September 29
Let out your wild side with this cute management sim! Import and breed rare creatures, hire the right staff, keep your visitors happy, and deal with plenty of weird and wonderful events. Then try your hand at DNA Splicing, and stitch together over 300,000 different types of animals! 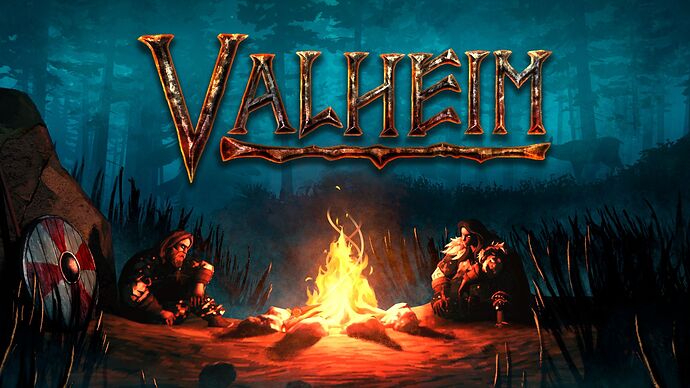 PAW Patrol Grand Prix (Cloud, Console, and PC) – September 30
Available on day one with Game Pass: No track is too big, no racer too small! The PAW Patrol are on their fastest mission yet – To win the Pup Cup! Race around iconic locations including Adventure Bay, Jake’s Snowboarding Resort and The Jungle in this 4-player-championship to find out who will be crowned the winner.

Amazing Cultivation Simulator (PC) – Available now
Rise up in a search for immortality in this strategy sim and management game based on Chinese mythology. Rebuild your sect and train new disciples through the path of cultivation. Research magic and gather mystical artifacts, face ancient dangers and other sects in your path to spiritual ascension.

Xbox App on PC Updates
It’s time to update your Xbox app on PC! We’ve made improvements to the app making it faster to launch and partnered with HowLongToBeat so you can view estimates for how long it will take you to complete a game in the game details pages for most PC Game Pass games. Check out all the details here, and thank you for all the continued feedback!

Sniper Elite 5: Concealed Target Weapon & Skin Pack – Available now
Game Pass members save up to 10%! Enhance your armory with the Concealed Target weapon and skin pack, including new camouflage gear to up your stealth game. The free Survival Map, Amongst the Rubble is available now to all players as part of the latest update!

Assassin’s Creed Odyssey: Kronos Pack – October 6
Time is of the essence when you put yourself at the service of Kronos. This pack contains a gear set, a mount, and a spear. 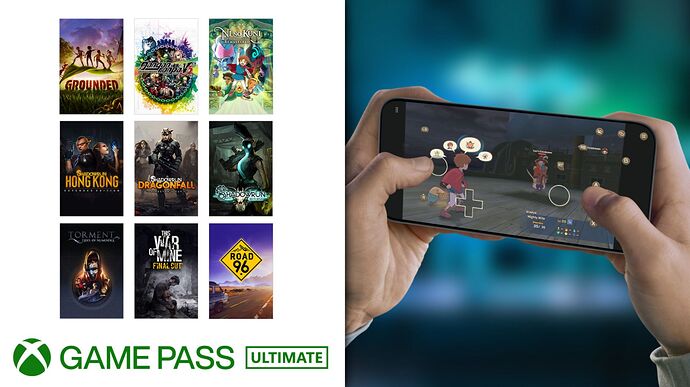 Ultimate members, more games are available now with touch controls via Xbox Cloud Gaming! Plus, you can play Grounded’s full release with Touch Controls on September 27. Jump into these games at xbox.com/play via browser, Xbox Game Pass app for Android, or Xbox app for PC – no controller required!

The following games are leaving the Game Pass library soon. Be sure to jump back in to tie up any loose ends, and don’t forget to use your membership discount to save up to 20% to keep them in your library. Plus, you might have seen that Aragami 2 was listed as leaving soon in our previous announcement, but the good news is that Aragami 2 will remain available to members on Cloud, Console, and PC.

We’ll be back soon with more games as usual. Make sure to download the Xbox Game Pass mobile app on your phone to make it even easier to install (or pre-install!) the games you want to play next. Catch you next time!

This month is honestly too much, holy ****

This month is honestly too much, holy ****

and October is the “big” month

Prodeus on the 23rd 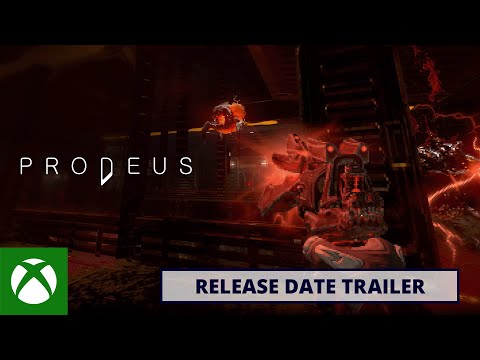 Both September drops were really solid. Now i just need more time to play all these games.

Prodeus on the 23rd

Even more, holy shit. Why didn’t they add this in the announcement today?

Even more, holy shit. Why didn’t they add this in the announcement today?

They need to have things done well ahead of time and this only got dated 4 days ago, so I figure that is the reason.

Remember the days where you could catch up on your back log? Those days are now gone

Way too many games this month

Lots of games but only a few of interest to me. It will be great to return to Grounded, only played a little bit when it came out in Game Preview to see what it was like. I don’t care for early access or betas, which is why Slime Rancher 2 is of no interest yet.

Deathloop might be good but best of all is Hardspace: Shipbreaker which will be my next podcast game. Been looking forward to that ever since Jesse streamed it back when it came to PC.

Lots of games leaving too, but no issues for me this time. I’ve either played or own the good games allready.

Lots of games but only a few of interest to me. It will be great to return to Grounded, only played a little bit when it came out in Game Preview to see what it was like. I don’t care for early access or betas, which is why Slime Rancher 2 is of no interest yet.

Deathloop might be good but best of all is Hardspace: Shipbreaker which will be my next podcast game. Been looking forward to that ever since Jesse streamed it back when it came to PC.

Lots of games leaving too, but no issues for me this time. I’ve either played or own the good games allready.

IMO, the games that are leaving are nowhere near as high profile as last month’s list, exceptions aside.

IMO, the games that are leaving are nowhere near as high profile as last month’s list, exceptions aside.

I mostly look at it from a purely selfish way, big or small if the games doesn’t matter to me for one reason or another then I’m good. It’s a service, games come and go. I would like a bit longer heads up than two weeks though, when there are games I want to play before they leave…