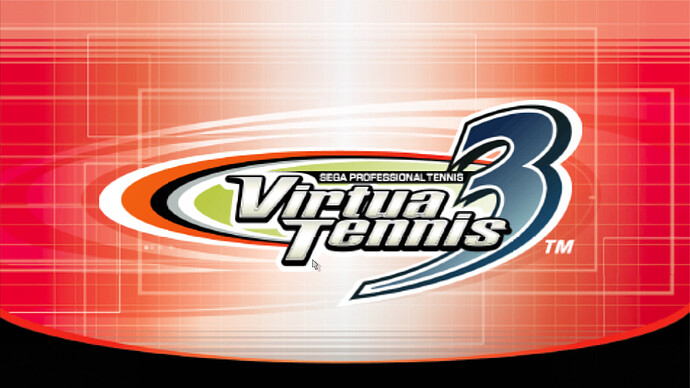 Outside Mario Tennis, there’s a real lack of decent “real” tennis games in the market and Virtua Tennis 3 to this day is arguably the best one that’s ever been made.

Now obviously the biggest (and probably only) hurdle will be the ATP License. It’s hard to know how retired players are covered in this licensing agreement. Luckily some of the players in VT3 are still playing today.

But licensing issues have been worked out before and obviously both the Publisher and Developer(s) are still around so there shouldn’t be issues there.

Even if they could find a way to make the availability of the game timed, for say 2-3 months to give people a chance to buy it digitally I feel like it would be a big deal for Tennis game fans and give the platform the best tennis game on the market as an exclusive.

Can’t comment on VT3 but god damn did I love the Top Spin games back in the day. The newer tennis games are just shit imo.

VT3 and the Ms published Top Spin would be the dream.

Licensing of the real world players may be an issue.

I’m guessing there’s a good reason why you didn’t state VT4, but I’m only very familiar with 1 and a bit of 2 and I’ll just trust your judgement there.

Would a VT5 that straight up mimics the gameplay of 3 with next gen visuals make sense? I feel like it’s perfect for Gamepass as an exclusive as it’s a game that can be revisited over and over again when friends are over for some local multiplayer.

Also, the gaming world has changed over the last 10 years (when Virtua Tennis 4 came out) and I think a VT game that is completely free that is also…

I’ve hidden the details because I don’t want to derail the thread with potential sequel talk, but I did want to drive (pun intended) the point that this series still holds potential.

I just want a big budget tennis game again. I remember Tennis games getting a pretty good sized budget, and these days not many quality tennis games to play.

Like @nrXic I only remember 1 and 2 vividly, playing on Dreamcast in the crewroom. Absolutely fabulous games and I adored them.

I would love any kind of equivalent these days, BC VT3 would be great.

Never played 3, but I played 1 on Dreamcast TO DEATH.

I’d love this, and top spin. I played the 2 games on the market now and they are both terrible at the basics.

I’d accept Sega Superstars Tennis as a substitute because the Tennis physics in that game are fantastic and some of the mini games like Puyo Puyo and Space Harrier are a hoot. Xbox would probably clean up a few of the framerate issues as well. Though I’m biased on wanting to see it back because I used to hold a lot of online leaderboard records in that game. I think the Virtua Cop one I tripled the current score in one marathon two hour session till I got sick of it and failed out, held the record for about two months and got a “WTF How did you manage that?” from Sega QA.

…n add real life licensed players as skins. Having cheer emotes after you win a rally, or a match, could be good too.

There’s a lot of opportunity in making the game look and feel impressive with advanced animations, naturalmotion tech (licensed tech used in GTA among other games), cloth physics, etc.

I’ve hidden the details because I don’t want to derail the thread with potential sequel talk, but I did want to drive (pun intended) the point that this series still holds potential.

X enhance it to 4K120 and it would be incredible.