Which review aggregate is better? Metacritic? or Opencritic? 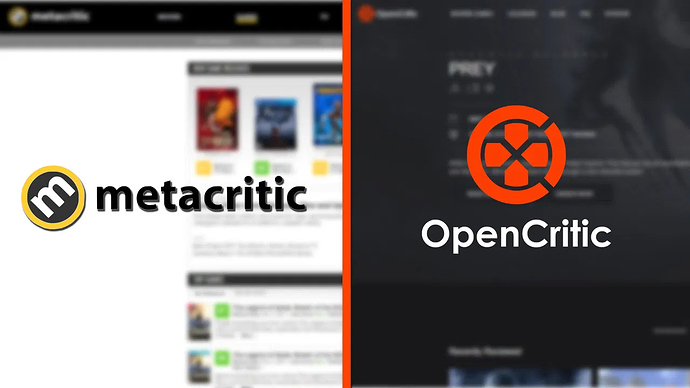 I’ve noticed for a while now that certain circles have been debating whether or not Metacritic scores are a good measure for how good a game is, and i personally have been saying for years now that MC shouldn’t be held as highly as other people do, especially in the age of conventional review sites such as IGN losing popularity in favor of YouTuber reviews and smaller independent websites, both of which typically aren’t in MC’s system. On the flip side I’ve seen my peers say that MetaCritic is still a valuable site for determining how good a game’s reception is, and that MC has more “reputable” or “respected” sites than OpenCritic. So I’ve decided to ask you guys what you think of this matter? I’ve added a poll for you all to vote on, and I’m curious to see the results.

I personally much prefer Open Critic, and as long as it has existed, I have pretty much stopped using Metacritic. I believe it is, much like the name suggests, more… open than Metacritic. What is the percentage weight that each publication gets for Metacritic? No one knows. On Opencritic they have said it’s the same for everyone, and you can even include or exclude publications as you wish, in order to make a more personal “trusted average”, as you can include only publications or jornalists that you usually agree with.

The one we’re on

I’ve learned to not trust any of them now. So I am giving lower scored games more chances.

I know what type of games I like and I can watch videos of the games and that is enough for me. Game Pass is nice to be able to try risk free and I’ll support those developers by purchasing the game when I am off GP or buying other games by them.